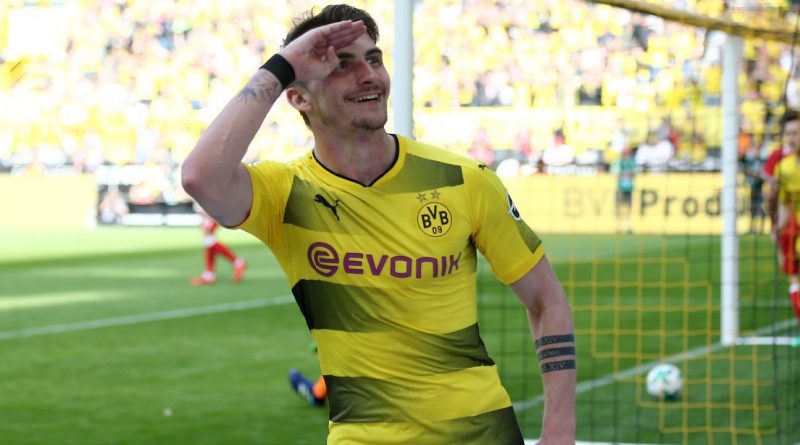 DORTMUND, Germany — Borussia Dortmund had to respond after a humiliating 6-0 defeat by Bayern Munich last weekend and that’s exactly what they did on Sunday afternoon, beating Stuttgart 3-0 at the Westfalenstadion.

What had been an attempted cross turned into a lethal shot by U.S. international Christian Pulisic in the 38th minute, lobbing Ron-Robert Zieler to fall into the far corner. The goal came out of the blue, as the hosts had struggled in the previous 37 minutes to create any chance of note but they thoroughly earned their lead with two quick goals stemmed from savvy combination play in the second half. First, Batshuayi netted his seventh league goal in the 48th minute, then Maximilian Philipp put a seal on the match 11 minutes later.

With the win, Dortmund move within one point of Ruhr rivals Schalke, who lost 3-2 to Hamburg on Saturday, one week ahead of the Revierderby.

Peter Stoger wanted to win the crowd over on Sunday. Albeit, it took a while, Dortmund dazzled the crowd with breathtaking combinations in the second half. In previous home games, the Black and Yellows had made it a habit to tumble out of the locker room in the second half. Against Stuttgart, however, they were sharp and full of energy, ruthlessly punishing the promoted side for their errors while remaining defensively solid throughout the entire match.

Finishing out a game that started as a massive scrap with utter dominance will do their confidence a world of good and was exactly what the doctor ordered between a 6-0 defeat to Munich and ahead of a massive derby.

Dortmund looked overwhelmed by Stuttgart’s physicality in the first 30 minutes and had to revert to a lot of aimless long balls to free themselves from the pressure. Once the visitors tired out, however, BVB gained the upper hand.

5 — Stoger and BVB did not find footballing solutions against aggressive Stuttgart. As great as the second half had been, the win was built on a fortunate strike.

GK Roman Burki, 4 — Fans aired their discontent as Burki’s went astray. Stuttgart did not produce a chance for the Swiss goalkeeper to prove his skills as a goaltender.

DF Lukasz Piszczek, 7 — A beautiful and clever dink set up Pulisic for his first.

DF Omer Toprak, 6 — Had a few awkward moments as he tumbled over the ball in what was otherwise an imperious performance against the towering Daniel Ginczek and Mario Gomez.

DF Marcel Schmelzer, 6 — A defensively solid performance in the first half was key to shutting Stuttgart down on the left side.

MF Nuri Sahin, 8 — After Julian Weigl and Gonzalo Castro had struck out with poor performances, Sahin got a chance and took it. The playmaker grabbed the assist for the second goal and created many more chances with delicate passes.

MF Mahmoud Dahoud, 8 — Brownie points for not picking up his fifth booking ahead of the derby. Dahoud was once again essential in midfield.

MF Christian Pulisic, 7 — Initially struggled to get past Emiliano Insua but then brought his team on the path to victory, scoring a fortunate but stunning goal from a crazy angle. Later picked up the assist for BVB’s third.

MF Marco Reus, 7 — Missed the last two games due to a muscular injury. On Sunday, he made his presence felt by running circles around Stuttgart’s defenders.

MF Maximilian Philipp, 8 — Scored the final goal on the day and should have won back his starting spot with a superb overall performance.

FW Michy Batshuayi, 8 — After a difficult first half, Batshuayi dominated defenders at will after the break.

DF Jeremy Toljan, 6 — Replaced Schmelzer in the 64th minute but had no trouble against defeated Stuttgart. Nearly beat Zieler with a cross turned shot.

MF Jadon Sancho, NR — Got a 10-minute run-out coming on for Philipp and was immediately in the midst of BVB’s late barrage of attacking plays.

MF Sergio Gomez, NR — The 17-year-old, who was signed from Barcelona’s youth academy sniffed his first Bundesliga air, making his professional debut with a handful minutes to spare.

Feb 28, 2021 ayman022 Comments Off on Bale shows why he may be the unlikely man to rescue Mourinho and Spurs’ season 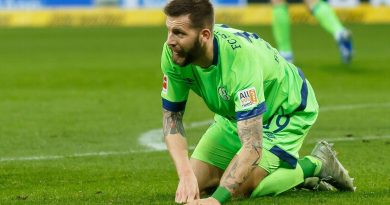