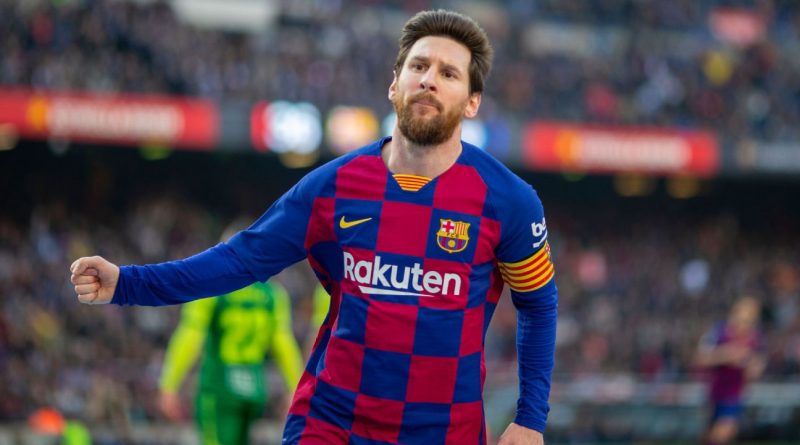 BARCELONA — Lionel Messi scored four goals as Barcelona thumped Eibar 5-0 at Camp Nou to move back to the top of La Liga ahead of Real Madrid’s game at Levante on Saturday.

Messi ended a four-game wait for a league goal in the 13th minute when he nutmegged Anaitz Arbilla before lofting the ball over goalkeeper Marko Dmitrovic. The Argentine added his second with a calm finish from a tight angle after good work from Sergio Busquets and Arturo Vidal. He then completed his hat trick in the 39th minute, rolling in from six yards.

Substitute Martin Braithwaite, on his debut for the club, was then involved in the final two goals. He set up Messi’s fourth late on before Arthur scored the fifth from close range in the 89th minute after Dmitrovic had saved from Braithwaite.

Barcelona needed a comfortable afternoon ahead of away games against Napoli and Real Madrid and they got one. Messi ending his 398-minute wait for a league goal was a plus, as was the cameo from Braithwaite, an €18 million signing from Leganes this week.

Coach Quique Setien was also able to rest some players. Frenkie de Jong only played the final half an hour and Busquets and Gerard Pique were both taken off early in the second half. Youngster Ansu Fati was also given the day off.

Barca started slowly and could have been behind inside the first five minutes. Marc-Andre ter Stegen made one smart save and Eibar had a goal ruled out for offside. The Basque side also created chances after the break and had a second goal ruled out late on.

Meanwhile, it was a tough afternoon for president Josep Maria Bartomeu. He was whistled and had white hankies waved at him after this week’s social media scandal. Supporters also chanted for him to resign.

7 — Setien made it five wins out of six in the league since replacing Ernesto Valverde but this was the first victory by more than a goal. He made good use of his squad going into a key week, too.

GK Marc-Andre ter Stegen, 8 — Made some saves but nothing you wouldn’t have expected. It was with his distribution where he really excelled: short, long, with his feet, from his gloves…

DF Nelson Semedo, 6 — Did OK but didn’t deliver in the final third. Took one ball away from Antoine Griezmann from an offside position, which did not sit well with the France forward.

DF Gerard Pique, 8 — Classy performance from a man who has a knack for finding form at the right time of the season. Afforded a rest in the second half because Setien knows how important he is.

DF Clement Lenglet, 7 — Managed to avoid the booking that would have seen him miss next Sunday’s trip to Madrid through suspension.

DF Junior Firpo, 6 — Is going to have a run of games in the side with Jordi Alba out injured but will have to offer more in an attacking sense moving forward.

MF Sergio Busquets, 8 — Incredibly smooth on the ball, twisting and turning away from Eibar midfielders time and again. Showed great intelligence in the build-up to Messi’s second goal.

MF Arthur, 7 — Improved as the game went on but was occasionally guilty of overplaying. Scored the fifth late on, playing a clever pass to Braithwaite and then being in the right place to score the rebound when Dmitrovic saved from the Dane.

MF Ivan Rakitic, 6 — Started slowly but grew into the game. Almost scored, picked out at the far post by Griezmann, but saw his shot kept out by Dmitrovic.

FW Lionel Messi, 10 –– Four really well-taken goals to take his tally to the season to 23 in all competitions. The quality of the first two goals was especially high.

FW Antoine Griezmann, 6 — Made some great runs and linked well with Messi at times, but came up short when it mattered. Missed good chances.

FW Arturo Vidal, 6 — Handed the unfamiliar task of playing on the left of the front three. Produced a nice flick to set up Messi’s second and didn’t look out of place in the role.

MF Frenkie de Jong, 6 — Given a break ahead of Tuesday’s trip to Napoli. Came on for a discrete 30-minute cameo in place of Busquets.

DF Samuel Umtiti, 6 — Came on to give Pique a breather and had a goal chalked off for offside.

FW Martin Braithwaite, 8 — A debut to remember for the Dane. Involved in two goals and looks like his pace and strength in behind could be a real bonus. Will be disappointed he didn’t score. 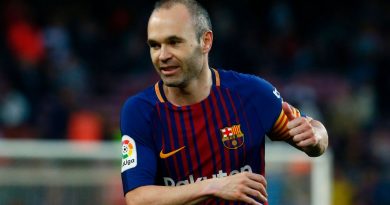 Barcelona’s Andres Iniesta: Next move not about boosting wine brand

May 11, 2018 ayman022 Comments Off on Barcelona’s Andres Iniesta: Next move not about boosting wine brand 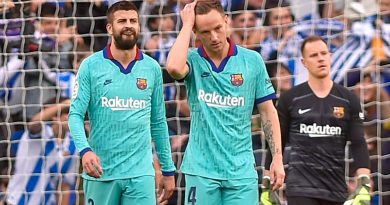 Dec 14, 2019 ayman022 Comments Off on Sources: Barcelona to send VAR complaint to Spanish FA after being denied late penalty 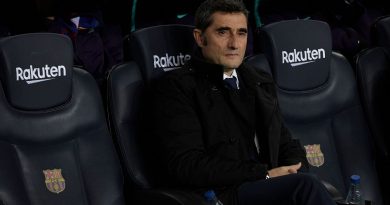