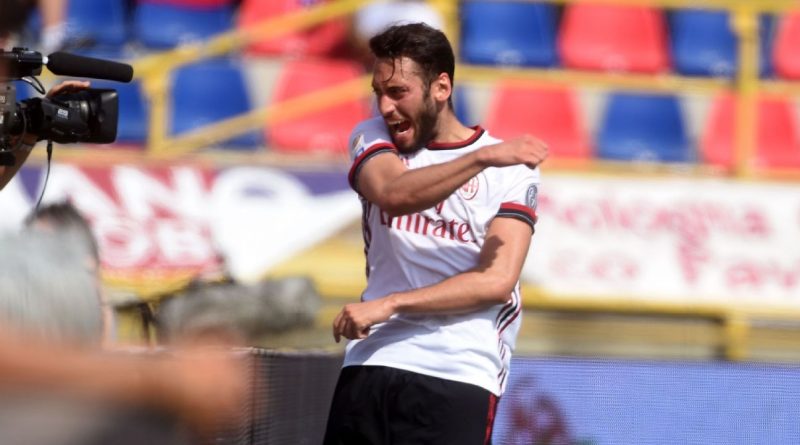 AC Milan made life difficult for themselves due to their wastefulness but were still able to come away with a 2-1 win at Bologna on Sunday. Goals from Hakan Calhanoglu and Giacomo Bonaventura sealed all three points as the Rossoneri continue to hunt for a Europa League qualification spot.

Milan took their goals really well and showed brief glimpses of their quality in the final third when key players got close and played off each other to open things up. Overall, it was a decent reaction to the defeat to Benevento.

With so many chances to kill the game off, Milan faced an unnecessarily tense ending to the game. That wastefulness has cost them previously and will continue to do so in the latter stages of games.

6 — Gennaro Gattuso spoke openly during the week about how disappointed he was after the loss to Benevento. After initial struggles in the early part of the game, he got a positive reaction from the players and generally got his calls right to manage the game well.

GK Gianluigi Donnarumma, 7 — Wasn’t overly troubled but made some decent saves to preserve Milan’s lead. Efficient with his distribution and commanding of his area, it was a positive outing for the young goalkeeper.

DF Davide Calabria, 7 — Aside from defending resolutely throughout as he nullified Bologna’s threat down his flank for the most part, Calabria was always a willing runner going forward to offer width and an outlet down the right.

DF Cristian Zapata, 7 — Continues to impress as he used his pace well to cover and his anticipation was spot on to make some key interceptions and keep things tight at the back. He’s deserving of his spot in the team despite pressure from Mateo Musacchio.

DF Leonardo Bonucci, 6 — Marked down as he lost Sebastien De Maio for Bologna’s goal. Had his troubles with a few knocks throughout the game and while it was a decent display overall, the veteran defender was caught out in certain situations too.

DF Ricardo Rodriguez, 6 — Defensively, he did well to keep things tight and deny Bologna too many opportunities to get in down his flank. Still needs to do more going forward, though, as he hesitates too much and keeps it too simple.

MF Franck Kessie, 7 — Improved and grew into the game as it went on. Had a tough physical battle in midfield, which he didn’t always win, but put in a tireless shift for the team and was key in giving Milan a foothold in the game.

MF Manuel Locatelli, 6 — His vision to pick out passes makes him a more effective selection in the deep-lying midfield role against sides ready to sit back. Moves the ball forward quickly to set Milan on their way but has to improve defensively, as seen with his booking as it was another clumsy and messy foul after being caught out.

MF Giacomo Bonaventura, 7 — Took his goal really well as he showed great composure and patience to create an opening and produced a top finish. Should have had a brace with his effort that struck the crossbar, but a positive performance as he made a decisive difference.

FW Suso, 5 — Looked to already be on holiday in the first half as he was a complete no-show. Deserves credit for improving and working harder in the second half, but was wasteful with three efforts which he should have buried.

FW Patrick Cutrone, 6 — More misfortune than profligacy as he struck the post and forced Antonio Mirante into a brilliant save. Arguably should have done better but he worked hard throughout and is improving with his runs in behind to cause opposition defenders problems. Also had an assist for Calhanoglu’s goal.

FW Hakan Calhanoglu, 8 — Without doubt, the best player on the pitch for Milan. Produced a brilliant drilled finish for his goal, then produced an assist for Bonaventura’s goal. If it weren’t for his teammates wasting chances, he could have had more assists too. A top performance after returning from injury and should be a central figure for Milan next season.

FW Fabio Borini, NR — Came on to give Calhanoglu a chance to rest in the latter stages, offering a fresh pair of legs and more defensive coverage.

FW Nikola Kalinic, NR — Didn’t have any real impact on the game in the last 10 minutes or so. Was intended to be an outlet up front but wasn’t involved with much.

MF Riccardo Montolivo, NR — A late switch to add an experienced head in the midfield to keep things under control in the final few minutes. 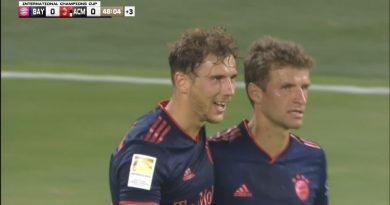 Jul 24, 2019 ayman022 Comments Off on Goretzka lifts Bayern to ICC victory over Milan 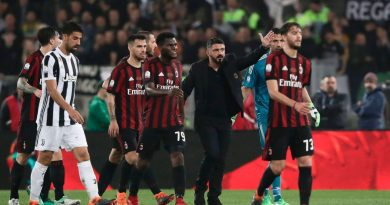 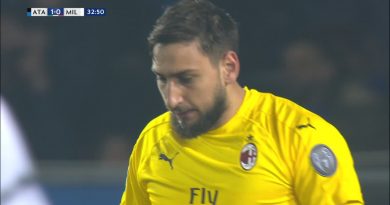 Feb 17, 2019 ayman022 Comments Off on Atalanta take the lead on Donnarumma's mishap