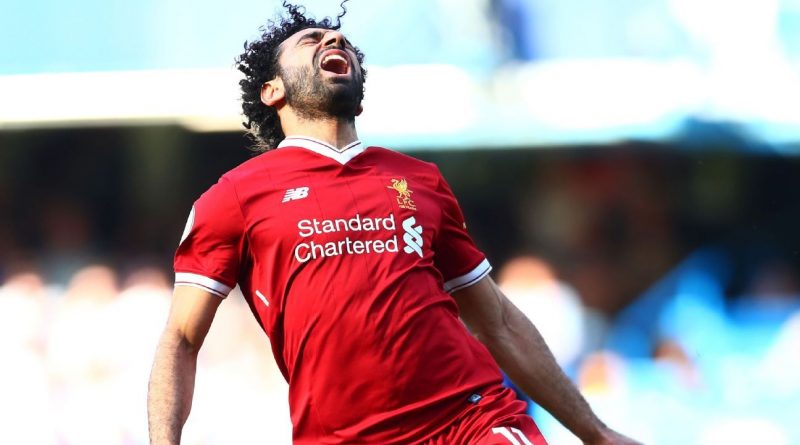 From looking like virtual certainties to finish in the top four a few weeks ago Liverpool now need to beat Brighton at Anfield next week if they are to hold off Chelsea for fourth spot. The Reds dominated possession in Sunday’s 1-0 loss at Stamford Bridge but rarely looked like scoring against a well-drilled Chelsea backline, and although the Blues did very little in attack they took the one clear chance that came their way and that was enough.

Nobody can question the effort and desire of Liverpool’s players and they gave absolutely everything to try and get the result they needed to secure a top four place. Their Champions League exploits are taking a heavy toll on the legs but this is a group of players supporters can feel proud of.

Fatigue is a massive issue. The players gave everything they had but there is just no zip or sparkle to their attacking play at the moment. Mohamed Salah has begun to look human and has now gone three games without finding the net, and without his goals Liverpool are struggling at the worst possible time.

6 — Jurgen Klopp was hindered by a lack of squad depth but this was the gamble he took in January when allowing Philippe Coutinho to leave without bringing in a replacement (or two). The German made one change from the side that started in Rome in midweek, but even before the hour mark had been reached he’d reverted back to his usual XI by introducing Jordan Henderson for Nathaniel Clyne. The Reds are now reduced to sending on the likes of Dominic Solanke and Alberto Moreno when they are chasing games, and that can’t be a good thing.

GK Loris Karius, 6 — Had no chance with Olivier Giroud’s flicked header and was largely untroubled for the remainder of the game. His kicking was top notch and he looked confident enough with crosses.

DF Nathaniel Clyne, 5 — Missed most of the season through injury and frankly it showed. Booked for a mistimed tackle and didn’t offer much going forward. No surprise when he was replaced on 58 minutes.

DF Dejan Lovren, 6 — Solid enough with what little he was asked to do and his distribution was good. Beaten by Giroud for the goal but it would be harsh to blame him for that.

DF Virgil Van Dijk, 6 — Much the same as Lovren. Looked in control throughout, rarely tested yet comes away on the losing side.

DF Andrew Robertson, 6 — Lively in the first half when he made several driving runs forward, although his crossing was not up to its usual high standard. Less of a factor after the break and made way for Solanke as Klopp went for broke by sending on an extra attacker.

MF Georginio Wijnaldum, 6 — Neat, tidy and very safe with his passing. That’s fine when he’s playing as the No.6 but more was needed from him following the introduction of Henderson. Sadly he couldn’t provide it. One of the few that doesn’t look tired, which makes him a vital player for the next couple of games.

MF James Milner, 6 — Picked up a knock in the first half and took some time to shake it off, but he’s tough as a two dollar steak and got through a phenomenal amount of work as always. Switched to left back midway through the second half before he was eventually brought off looking shattered with a few minutes to go.

MF Trent Alexander-Arnold, 5 — Started brightly enough and had some good moments, but his crossing ability deserted him for once and he produced some woeful deliveries. Will almost certainly have a future in midfield but for now he’s much better at right back.

FW Mohamed Salah, 4 — Completely dominated by Antonio Rudiger and posed little or no threat against his former club. That’s three games in succession that he’s been well shackled and the Reds cannot afford for that to continue with so much at stake in their two remaining fixtures. To cap off a miserable return to Stamford Bridge he was rightly booked for diving.

FW Roberto Firmino, 5 — Never really got into the game at all and spent most of his time chasing back trying to retrieve the ball after he’d lost it. Admirable work ethic, never hid, but with N’Golo Kante patrolling the space he likes to operate in it was a difficult afternoon for the Brazilian.

FW Sadio Mane, 7 — Just as he was in Rome on Wednesday night, the Senegal man was the only Liverpool attacker to make any real impact on the game. He was lively throughout and stung the palms of Thibaut Cortois twice in the first half. Continued to cause problems after the break and produced some dangerous deliveries into the box.

MF Jordan Henderson, 6 — Brought on for Clyne. Did OK. Kept the ball moving and produced a couple of good late crosses.

DF Alberto Moreno, N/R — Only given a few minutes at the end but provided an outlet on the left and did ok. Should have been given more time really. 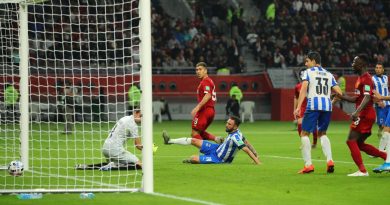 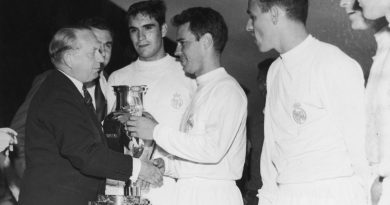 May 23, 2018 ayman022 Comments Off on Champions League finals of Liverpool and Real Madrid ranked: Istanbul or Hampden? 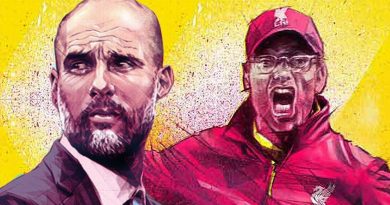 May 14, 2019 ayman022 Comments Off on Manchester City and Liverpool’s epic title race was decided by millimetres and seconds