With a quarter of the season complete and a brief respite from club action in the form of the international break, it’s a good time to have a look at PSG’s year so far. Kylian Mbappe is still scoring goals despite injury worries, and Neymar is as skilful as ever. Collectively, the team has gone back to being unbalanced and disjointed again, even though much of that is down to injuries and positive COVID-19 tests challenging the depth and quality of their squad.

Manager Thomas Tuchel is also under huge pressure after four defeats already, but the most unexpected element of their 2020-21 to date is a major positive: the form and contributions of Moise Kean. He’s started the year on loan from Everton with five goals in seven games in Ligue 1 and the Champions League. After a poor season in the Premier League last year, where he struggled and only scored four times in 37 matches in all competitions, he has been transformed in France.

Kean’s arrival on loan at the end of the transfer window raised a few eyebrows. He had flopped in his first year in England, scoring twice in 33 appearances (all competitions), and faced the unenviable, high-pressure task of replacing Edinson Cavani in Paris. At only 20 years old, another big move so soon after leaving Juventus for Everton, was a big gamble. He had lost his confidence and his mojo at Goodison Park.

The risk was even higher for the French champions because Kean was afforded no time to settle in and get to know his new teammates. Kean arrived on Oct. 4, after the Ligue 1 season had started already and with Mauro Icardi, the other center-forward in the squad, already out injured. He was away on international duty with Italy at the time, too, meaning he literally had two training sessions before being named in the starting XI away at Nimes.

Talk about a quick integration! Yet Kean hit the ground running so quickly that everyone at the club was amazed. In his first game, at Nimes, he showed a lot of energy and clever movement, but missed two good chances. Tuchel, however, was impressed.

The PSG coach is a fan of Kean’s profile and skill set. He can play as a lone striker in a 4-3-3 formation, or alongside another centre forward in a 4-4-2. Mbappe and him complement each other well; Kean makes good runs, presses and works hard. He can hold up possession, keeping attacks alive, or play off the shoulder of the last defender and make runs in behind. He is strong, quick and skilful; as PSG, he’s developed a more clinical eye when it comes to taking scoring chances.

Kean has scored three goals from four shots on target in four Ligue 1 games with an expected goals of 2.07. In the Champions League, he has netted twice from two shots on target in three games (two starts) with an expected goal of 0.95! His brace at Istanbul Basaksehir in Matchday 2 was one of a pure finisher, but his assist for Angel Di Maria at RB Leipzig in the 2-1 Matchday 3 defeat showed that he can be more than just a finisher.

It’s worth noting that PSG play a completely different style to Everton. They have much more of the ball, play higher up the pitch and have the highest expected goals per game behind Bayern in Europe (2.5 xG against 2.7 xG). Kean is able to operate much closer to the opposition’s goal and plays centrally — not like in England, where too often he was playing wide on the right.

Another reason why Kean might be thriving in France is the language. He speaks fluent French given his Ivorian parents, and also has fellow Italian internationals Alessandro Florenzi and Marco Verratti looking after him in the dressing room. Leonardo, PSG’s sporting director, is close to him too. Kean’s joy and happiness did the rest, and the squad have embraced him in record time.

Kean also enjoys living in Paris. Again, the rapport with teammates and shared languages is helping, while his family (who live in Turin) have been a constant presence in Paris than when he lived in the northwest of England. With Icardi still out injured and Mbappe struggling a bit for form too, PSG will once more rely on their new star for the key games after the international break, including a high-stakes Champions League date with RB Leipzig — PSG are third in Group H, with one win in their first three matches — and in Ligue 1, with clashes against AS Monaco and Lyon in the weeks ahead.

Although he’s been at the club for just over a month, PSG are already discussing Kean’s future. Sources have confirmed to ESPN FC that there is no buyout clause in his loan deal, despite rumours about one worth 18m euros. PSG are already seriously considering signing him to a permanent deal, but they’d have to find an agreement with Everton who ask for a significant fee having signed the striker to a five-year deal and for a reported fee of around 30 million euros (including add-ons) last summer.

Leonardo and his counterpart at Everton, director of football Marcel Brands, will sit down at the end of the season. Kean has already said that he wants to stay in Paris; he certainly doesn’t want to return to Everton, having found his feet in Paris and is continued his progression there. He doesn’t want it to stop now.

Genoa's Pandev scores from 40 metres, later sent off in 2-2 draw 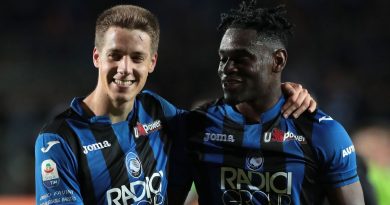 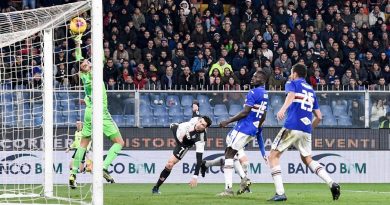