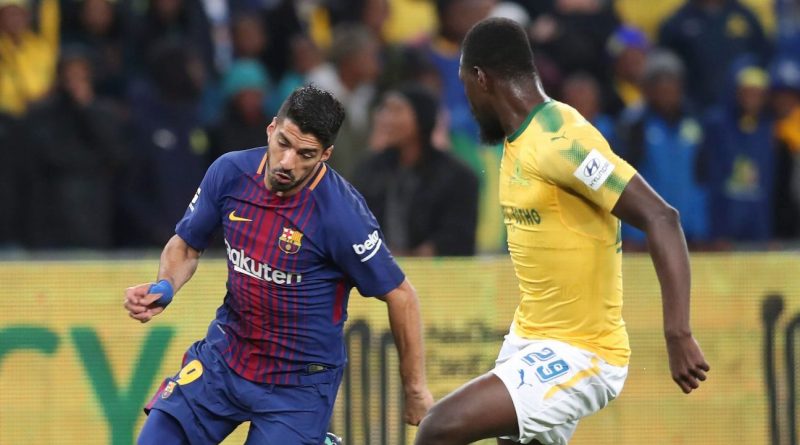 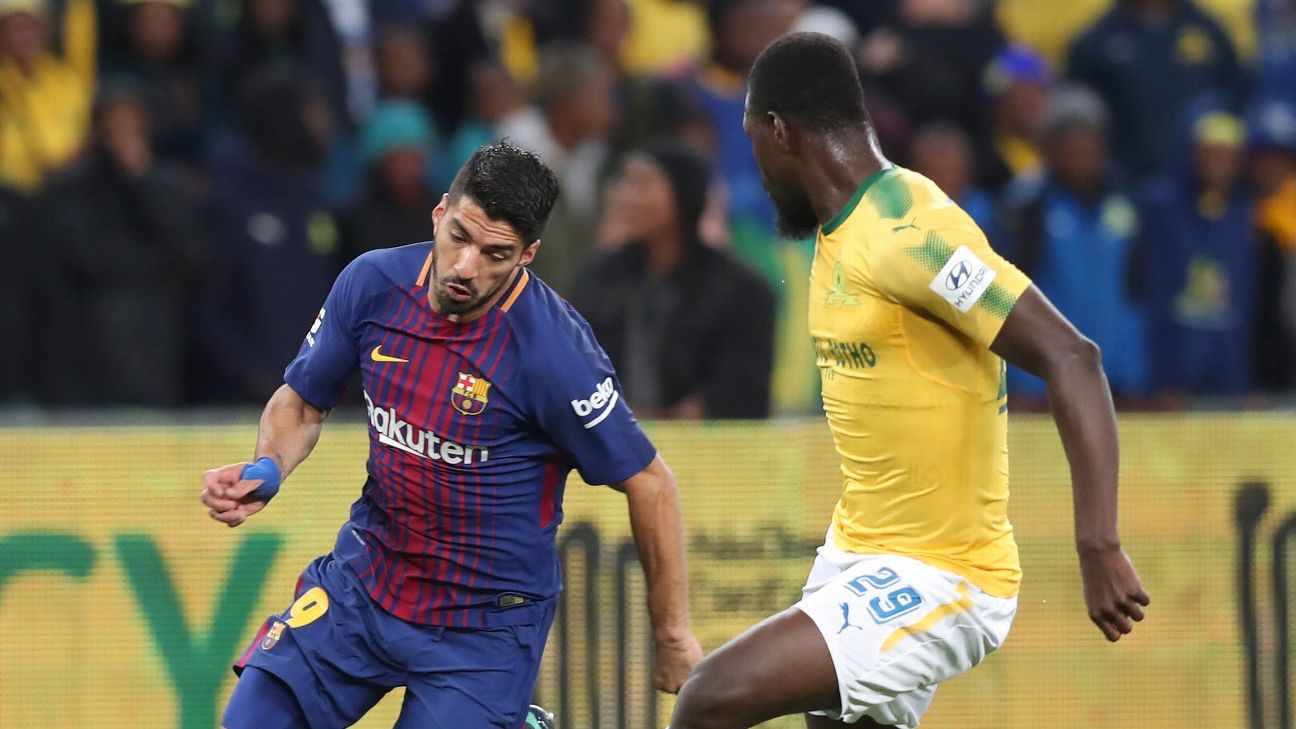 Mamelodi Sundowns might be the dominant force in South African football and continental champions two years ago, but coach Pitso Mosimane admits they were given a reality check by Barcelona last night.

Sundowns went 1-0 behind to an early Ousmane Dembele goal before Luis Suarez added another in the 19th minute. But in the end they only lost 3-1 in the gala game at Soccer City in Johannesburg, in front of some 80 000 fans, to celebrate the centenary of Nelson Mandela’s birthday.

“The difference between the two teams is like a Rand and a Euro,” Mosimane quipped, referring to the weak exchange-rate between the South African and European currency.

“That probably best sums it up. I thought when we conceded the first goal in the first minute that there would be an avalanche of goals coming.

“We paid our school fees, I think everyone saw that. We made defensive errors and they scored. The other goal was pure Barca, the way they play. We were given a lesson.

“We had our opportunities, but we didn’t use them. You could see the difference, the quality in attack, the way they pass the ball.”

Still, Mosimane saw the benefit in his team facing one of the best teams in the world, and feels his players impressed in patches.

“We struggled a little to get the ball, but then we also had our chance to play and that’s what I wanted, for the boys to play the way Sundowns play. We have our own way of playing. And we could test it against Barcelona.

“I was happy we could find our passing parts in between; the goal we scored was very good, well crafted,” he said of the consolation goal netted by Sibusiso Vilakazi.

“But there is a big difference and we must also not fool ourselves. There were times they stole the ball from us like someone stealing a lollypop away from a little child.

“But you have to be happy with what you see from your players because we played against the best team in the world. We played against superstars and we managed to play. I don’t think we embarrassed our people, we played football and that’s good.”

He also paid for them to also come out in 2007 when they came from a goal behind to beat Sundowns 2-1 in Pretoria. 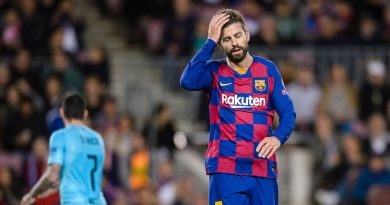 Barcelona missing three of back four vs Borussia Dortmund

Nov 26, 2019 ayman022 Comments Off on Barcelona missing three of back four vs Borussia Dortmund 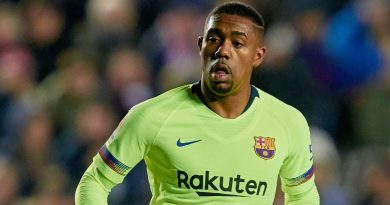 Barcelona’s Malcom available in January for bids above €41m – sources

Jan 17, 2019 ayman022 Comments Off on Barcelona’s Malcom available in January for bids above €41m – sources 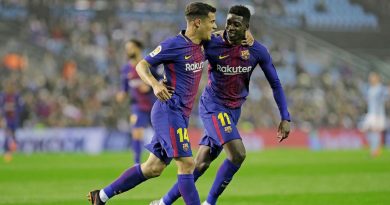 Apr 18, 2018 ayman022 Comments Off on Messi misses out as Barcelona include no La Masia stars for Celta Vigo draw