The summer transfer window is into its final month for the major European leagues, which means the biggest clubs are looking to make a splash in the market before the new season begins. Check out the latest gossip below, and see all official deals here.

TOP STORY: Mutiny at Inter as Lukaku heads to Chelsea

It looks like it’s happening. After Inter Milan turned down Chelsea‘s offer of €100 million plus Marcos Alonso earlier this week, an outright cash bid of €130m looks set to be enough to take Romelu Lukaku back to Stamford Bridge.

But the news hasn’t gone down well at Inter, with Gazzetta dello Sport reporting that CEO Beppe Marotta and coach Simone Inzaghi are angry that the offer has been accepted against their wishes by the club’s owners, Suning.

Corriere dello Sport reports that Inzaghi is “furious,” as he thought he would only have to sell Achraf Hakimi. The story also suggests that Marotta and fellow directors Piero Ausilio and Dario Baccin could resign. And it states that 29-year-old centre-back Stefan de Vrij could now ask to leave.

It’s unclear if any of the Lukaku money will be made available to Inzaghi to sign a replacement, while supporters have already started protesting about broken promises on transfers.

Lukaku has scored 64 goals in 95 games in all competitions in the past two seasons for Inter, and helped them to win the Scudetto last season. But the report says he has told Inter he wants to return to Chelsea.

Suning told Inter bosses they must make €80m from player sales this year, and cut the wage bill by 20%. Hakimi moved to PSG for €71m, but the Lukaku sale was sanctioned with no other cost-cutting transfers in the pipeline.

The 28-year-old spent three seasons on the books of Chelsea after signing from Anderlecht for an initial fee of €12m in 2011. But he made just 15 appearances in all competitions, failing to score a goal, and instead enjoyed productive loan spells at West Bromwich Albion and Everton before moving to Goodison Park permanently. Lukaku feels he has unfinished business at Chelsea, and wants to go back and prove himself there.

10.05 BST: Lionel Messi could finally sign his new contract with Barcelona later today. Messi, 34, is officially a free agent after his Barca contract expired at the end of June, though ESPN sources have revealed that there is agreement for over a new five-year deal. Sources added that Messi has accepted a significant wage reduction to prolong his stay.

However, Barca have been struggling to fit Messi into their wage structure amid strict spending controls imposed by LaLiga. But Barca were handed a boost on Wednesday when the league announced a cash injection of €2.7 billion ($3.2B), which would filter down to clubs.

Messi and his father are due at the club’s training ground at around 4 p.m. CET and announcement could come within hours.

09.19 BST: Paul Pogba‘s future seems to have featured in Transfer Talk for the best part of a decade, and it isn’t going away any time soon. The Daily Telegraph reports that Pogba plans to make a decision on his future by the time the transfer window closes on Aug. 31 — when the France international will have only 10 months remaining on his Manchester United contract.

Pogba, 28, is being tracked by Paris Saint-Germain, and they could bide their time before making a late move.

08.30 BST: Sky Sports reports that Aston Villa are ready to step up their interest in Norwich City midfielder Todd Cantwell, with Jack Grealish on the verge of sealing a £100m switch to Manchester City.

Cantwell, 23, has moved into the final year of his contract and the Canaries will have to cash in or risk losing him for free next summer.

Villa have already signed Emiliano Buendia from Norwich, along with Danny Ings from Southampton and Leon Bailey of Bayer Leverkusen.

– Atalanta are planning a move for Tammy Abraham, with the Serie A side confident that Internazionale will come calling for hitman Duvan Zapata if Romelu Lukaku heads to Chelsea. Fabrizio Romano says that La Dea will meet with the Premier League club over the coming days for the 23-year-old who has been cast out of first-team opportunities by Thomas Tuchel.

– Barcelona goalkeeper Neto is attracting interest from the Premier League with Arsenal and Everton both interested in the player’s services. Sport says that both clubs have been monitoring the 32-year-old, who is also on the shortlist of Villarreal. A deal is rumoured to cost around €15m with the player keen to leave for regular first-team football.

– The Daily Mail says that Newcastle United are keen on a move for Tottenham Hotspur midfielder Oliver Skipp. Steve Bruce was reportedly impressed with the 20-year-old’s performances in the Championship last season which helped Norwich City gain promotion to the Premier League. Nuno Espirito Santo is expected to make a late call on whether the midfielder will be sent out on loan or kept in and around the Spurs first team squad.

– Houssem Aouar is holding out for a move to the Emirates, writes the Sun. Arsenal’s lack of progress in a deal for James Maddison has seen the clubs unable to compromise on Leicester City’s £60m asking price. With the Lyon star available for a lower price after the Ligue 1 side missed out on the Champions League, it is reported that the North London club could set their sights on the 23-year-old who is keen on a move to the Premier League. 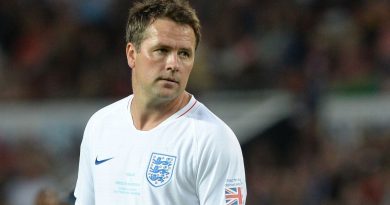 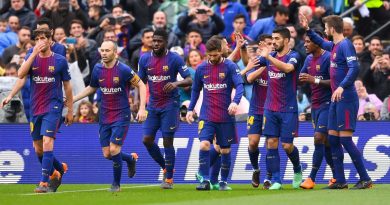 Apr 15, 2018 ayman022 Comments Off on Barcelona’s Valverde brushes off unbeaten record in wake of Roma defeat