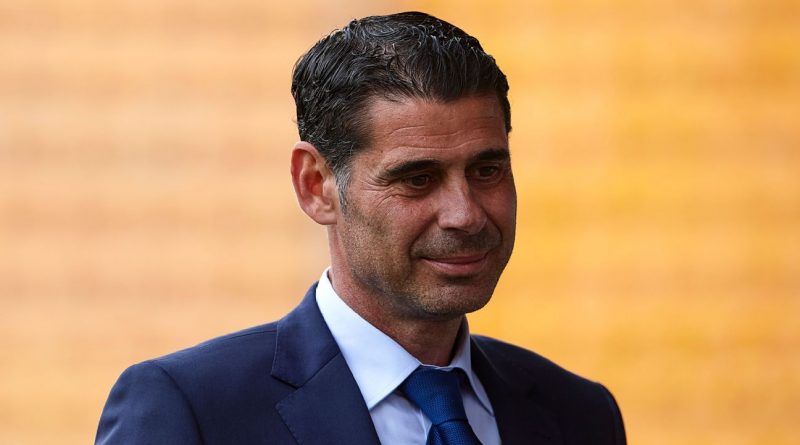 New Spain national team coach Fernando Hierro says he aims to change as little as possible as he prepares his team for Friday’s World Cup opener against Portugal in Sochi.

Hierro was sensationally appointed Spain coach on the eve of the tournament, after previous boss Julen Lopetegui was fired on Wednesday morning by Spanish federation president Luis Rubiales, who was angered by Real Madrid announcing Lopetegui as their new coach on Tuesday afternoon.

The most dramatic 24 hours in Spanish football has divided opinion among many fans and pundits, and even reportedly among La Roja‘s squad in Russia for the tournament.

But Hierro, a former Madrid and Spain captain, avoided getting into the rights and wrongs of how he has ended up in the job in such dramatic fashion and told his presentation news conference that he was only interested in looking forward and maintaining the good work which had been done to this point.

“You cannot touch in two days what has been done in many years of work,” said Hierro, who previously served as Spain’s sporting director. “We know the first game is close, and we must be intelligent and stick to what was being done before. There’s not time to change anything anyway.

“They are fantastic players and with Julen they have been preparing this game for months. We know we must compete — three games to continue in the World Cup. Neither Portugal, nor Iran, nor Morocco will gift us anything.”

Asked if he felt betrayed by his former teammate and colleague Lopetegui, Hierro said there was no point in going over what had just happened when the tournament was right on top of them.

“The president has given his judgement on what happened, and we must be positive,” he said. “Our opinions about what has happened are worth nothing now, we must turn the page, think about what we represent, Spanish football. I have a very clear conscience, and from there we take on the challenge we have in front of us.

“I spoke with [Lopetegui], he called me now to say goodbye. We must change the chip now, forget what has happened.

“Tonight we train, tomorrow we fly to Sochi and tomorrow train in the stadium there. Our objective is to fight for a World Cup, we have been two years preparing for this. We must show maturity in this moment. It is not about understanding what has happened, but dealing with the reality.”

The squad of players which sailed through qualifying and remain one of the pre-tournament favourites remained fully committed to the cause, Hierro said.

“If I was not convinced we could have a good World Cup I would not be here,” he said. “They are good lads, good sportspeople, and must take on this reality. It has not been an easy day for anyone but in good faith they will know what they are playing for. Nobody doubts the commitment of these lads, or what they can give. I spoke to the players, the staff, everyone.

“Yesterday was one speech, today another. I told them we have an exciting challenge in front of us, and we cannot let this affect our focus. The feedback has been fantastic, that is all I can tell you.

“Players are used to coaches coming and going. I knew at least 90 percent of them from before. Nobody gifts you anything at a World Cup, one bad game sends you home, we all know the responsibility we have.”

Hierro, 50, played at four World Cups for Spain and won three Champions Leagues with Madrid during a stellar playing career, although his coaching experience is limited to just one season guiding Real Oviedo to the Segunda Division mid-table during the 2016-17 season.

“I would like my team to play well, to compete very well, with quality, possession play, score two or three goals more than the rivals,” he said. “That would be good. I have just one year of experience in Oviedo, and one year as assistant coach [2014-15 at Real], and 30 years around football.”

Reports in Spain suggest Michel and Luis Enrique are leading candidates to replace Lopetegui as coach after the World Cup.

Hierro dodged a question over whether his former club had acted well in hiring Lopetegui, but ended with a smile when asked if he would take just departed Madrid coach Zinedine Zidane as Spain’s next permanent national manager. 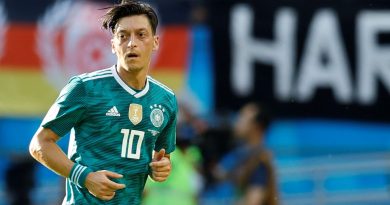 How the relationship between Ozil and Germany broke down

Jul 22, 2018 ayman022 Comments Off on How the relationship between Ozil and Germany broke down 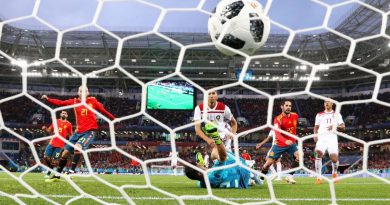