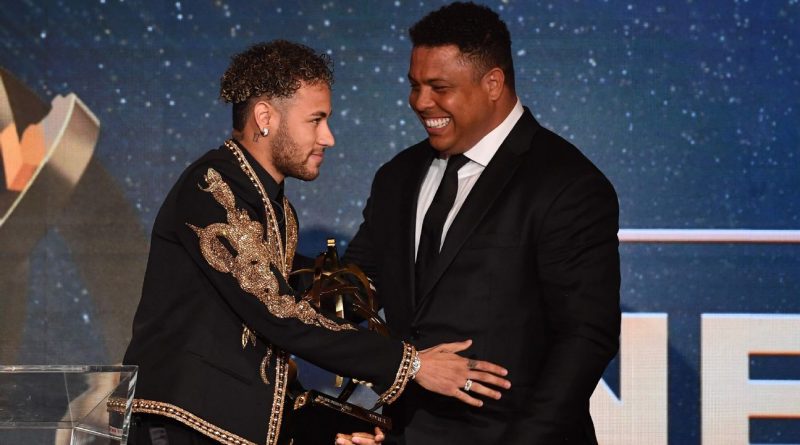 PARIS — Neymar said constant speculation over his future is getting “a bit annoying” after being named Ligue 1 player of the season in his debut campaign with Paris Saint-Germain.

Despite being injured since late February, the Brazil international scored 19 goals and provided 13 assists from just 20 outings in Le Championnat.

Neymar — missing as PSG tied up their Ligue 1, Coupe de la Ligue and Coupe de France titles over the past few months — was also named to the French top flight’s best XI of the campaign.

But speaking with journalists about his future after receiving his award in Paris, Neymar said he is “thinking only about the World Cup” and that “we will see after that,” before expressing some frustration.

“Each transfer window, it is the same things. Personally, it is not a moment for me to speak about anything,” Neymar said. “Everybody knows what I came here to do and my objectives.

“My goal now is to make the World Cup and not to speak about making or not making transfers — my whole life, each transfer window, it is talked about and it gets a bit annoying.”

PSG chairman Nasser Al-Khelaifi said on Saturday that Neymar will “2,000 percent” be with the French champions again next season, despite consistent reports linking the forward with a move to Real Madrid, or even Manchester United.

After receiving his award from Brazilian legend Ronaldo at the Pavillon d’Armenonville, Neymar paid tribute to his PSG teammates — particularly Kylian Mbappe and Edinson Cavani.

“I want to thank all of my teammates and my team — I am very touched,” said Les Parisiens‘ No. 10. “I am very happy with the season just gone. I also want to thank my friends — I am really very happy.

“It is an honour — without my teammates, I would never have been able to win this award. I also want to congratulate Kylian, Edinson and Florian [Thauvin]. It was a really great season — thank you, everybody.”

Neymar’s PSG teammate Mbappe took home a second consecutive young player of the season award, having won it last year after his breakout term with Monaco.

The France international scored 13 goals and assisted seven more from 28 appearances in his debut campaign at Parc des Princes.

Mbappe, 19, was also included in the Ligue 1 best XI, along with teammates Cavani, Marco Verratti, Thiago Silva, Dani Alves and Marquinhos to fill seven of the 11 berths.

PSG’s Unai Emery also won the coach of the season award after guiding his players to 29 wins, five draws and three defeats from 37 matches for a total of 92 points. 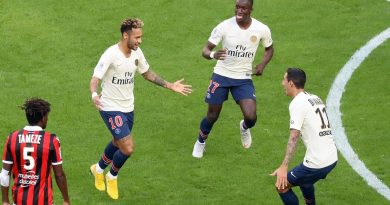 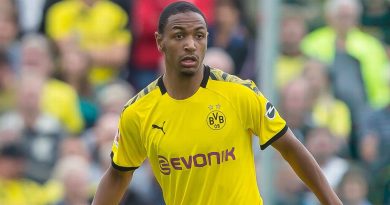 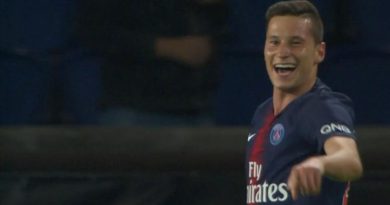