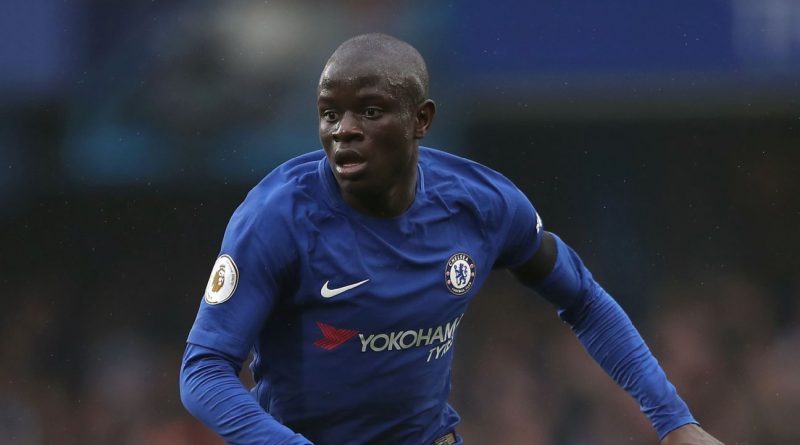 The hosts didn’t fly out of the traps at the start of the game but were still on the front foot from the beginning. The Blues dominated early possession without testing Joe Hart in the West Ham goal with Alvaro Morata going closest when his clever flick drifted agonisingly wide of the far post. The deadlock should have been broken when a dizzying one-touch move between Morata, Eden Hazard and Willian ended with the Brazilian forcing a brilliant save from Hart. Thankfully, from the resulting corner Cesar Azpilicueta capitalised on some slack marking to open the scoring.

Chelsea continued to create after half-time with Willian, Morata and Victor Moses all missing chances. The inability to kill the game off proved costly on 73 minutes when Javier Hernandez pounced on the umpteenth individual error of the season from the Blues to sweep inside the near post. The game opened up in the closing stages but despite both Marcos Alonso and Olivier Giroud drawing fingertip saves from Hart a frustrated Chelsea could not find a winner.

The interplay between Willian, Hazard and Morata was wondrous at times and bodes well for next season assuming that all three remain at Stamford Bridge. The execution of set pieces was also better than it has been of late with Chelsea converting one of them into a goal.

Forgive me if you’ve heard this before but this game pivoted on Chelsea’s lack of ruthlessness at one end and was exacerbated by a defensive error at the other. And despite some lovely attacking moves, the front three were often guilty of overplaying and trying to score the perfect goal when more directness might have borne fruit.

6 — Antonio Conte’s team shape was good, the creative intent was excellent and the attitude from the whole side was impressive, especially considering the disappointment of last weekend. Nevertheless, the same problems dogged the side to deny Chelsea a deserved victory. It can’t always be coincidence.

GK Thibaut Courtois, 5 — Had virtually no shots to save and had no chance with the goal. Unfortunately, he bears culpability through a total absence of communication with his centre-backs at the key moment and again shortly after.

DF Cesar Azpilicueta, 7 — Missed a relatively easy header from close range but made up for it by scoring minutes later. Defensively assured.

DF Gary Cahill, 5 — Made two excellent blocks on Marko Arnautovic as the Austrian was pulling the trigger in the first half. Undid all his good work with an errant header that resulted in the equaliser.

DF Antonio Rudiger, 7 — Rugged and dominant, he let Arnautivoc know he was in a game with some solid challenges. Didn’t spray any of his now trademark crossfield passes but still used the ball well.

MF Marcos Alonso, 6 — A fairly quiet game for the Spaniard who struggled to make an impact at either end. Still almost netted the winner with a spectacular turn and shot that was tipped over.

MF Victor Moses, 6 — Took up some excellent attacking positions without making anything of them. Curled one shot just wide but blazed another over with Hazard unmarked on the penalty spot.

MF N’Golo Kante, 8 — Not for the first time, he was the best player on the pitch. Carried the ball with authority and used it much better than usual. Tackled anything that moved and won the ball every time.

MF Cesc Fabregas, 6 — Some delightful short passes helped to open up West Ham at times, although he was short of the killer ball.

FW Eden Hazard, 7 — A frustrating performance that had some dazzling moments and some very average ones. As the game wore on, he was guilty of holding on to the ball too long when better options were available.

FW Willian, 7 — Similar to Hazard, the Brazilian ripped through West Ham at times only to undermine some of his work. Refused to shoot with his left foot on two excellent openings and subsequently missed both with his right.

FW Alvaro Morata, 7 — Worked very hard and linked well with Hazard and Willian. Had the ball in the net twice only to be correctly denied each time by the linesman’s flag.

FW Olivier Giroud, NR — Lacked the finesse of Morata but almost won the game with a towering header

FW, Pedro Rodriguez, NR — A rotten cameo saw him pass the ball directly into touch, miscontrol during a highly promising counterattack and fluff the last half chance of the game by scuffing a volley tamely wide. 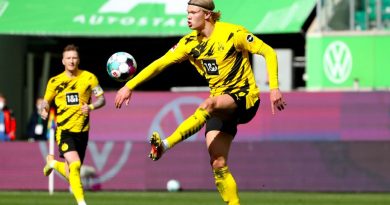 Barcelona, Real Madrid warned not to miss out on Haaland by Raiola

May 1, 2021 ayman022 Comments Off on Barcelona, Real Madrid warned not to miss out on Haaland by Raiola 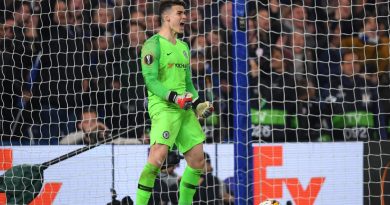 May 11, 2019 ayman022 Comments Off on Kepa’s pair of shootout saves make him the hero as Chelsea reach Europa League final 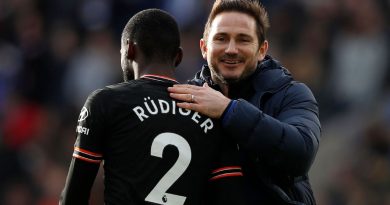