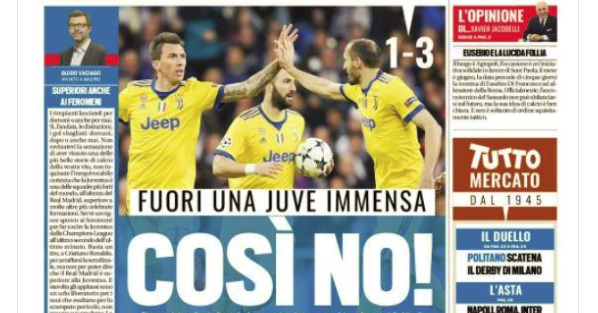 Real Madrid narrowly escaped the same fate as their bitter rivals Barcelona on Wednesday to continue their Champions League title defence thanks to Cristiano Ronaldo’s cool head and a controversial refereeing decision.

Just one day after Barcelona were stunned 3-0 at Roma to bow out of the competition on away goals after 4-4 aggregate result, Madrid were rescued by Ronaldo as he scored for the 11th consecutive time in the competition in his 150th Champions League appearance. The Spanish giants, despite falling 3-1 on the night at the Santiago Bernabeu stadium, progressed with a 4-3 aggregate triumph in the quarterfinal tie.

Marca — It was a penalty!

“Madrid was only able to breathe in the 92nd minute when Lucas Vazquez was brought down by Benatia and the referee awarded a penalty. More than four minutes passed before the penalty was taken and Cristiano didn’t miss. The (Madrid number) 7, in this situation, doesn’t miss. Only in that instant were the Madrid supporters able to leave behind the worst scare that one remembers in the history of Real Madrid.

“Juve’s protests led to Buffon being sent off. He received an ovation by the Bernabeu faithful, who were up to standard despite the tension where you could cut the air with a knife and their team depended on Ronaldo’s foot. Cristiano scored. Juventus died with greatness. The only thing they did not do well is to not know that in the European Cup you need to kill Madrid six times.”

AS – From Panic to the semifinals

“Penalty and collective madness from Juventus. Oliver sent off Buffon, who bid farewell amidst shouts, in the worst possible way, and Cristiano sealed the ticket to the semifinals. Madrid’s panic attack ended in a nervous attack by Juve, who grazed heaven before falling down. What was left at the Bernabeu was a scare and a lesson.”

Diario Sport – The robbery of the century

“Year after year, the same story is repeated. Penalties in favour, sending offs, offsides… Once again, controversy and scandal continue to accompany Real Madrid on their travels in Europe. And not just in Europe but in Spain. This season Valencia had three penalties against them at the Bernabeu in the second round (of La Liga), Sergio Ramos was not punished for a handball when it was 0-0 at (Borussia) Dortmund (in the group stages) and they conceded a 3-1 with Cristiano in offside, in the Madrid vs PSG there was a previous foul made by CR7 on (Presnel) Kimpembe with the score at 1-1 (before the Portuguese put Madrid ahead) in the 3-1 win… And so on and so forth… Like this, like this Madrid wins!!”

“Cristiano’s goal in the 98th minute avoided Madrid’s failure that came mighty close to abyss, to say goodbye to the season on April 11. Juventus came very close to pulling off “a Roma”, that is, to an unthinkable comeback, doing the impossible to reach the semifinals. It was a highly controversial penalty given against Benatia on Lucas Vazquez on the last play of the game. Cristiano didn’t fail against Szczesny, who replaced a sent-off Buffon, who could not believe what was happening. His farewell from the Champions League was not between the posts, but leaving with a monumental exasperation towards the bench. A sad and undeserved goodbye that not even the applause he received from the Bernabeu would alleviate.”

The Italian media were clearly on the other side…

“No, you can’t do it like that. This will always go down as the night of regrets and anger in Madrid. Regrets for a dream which vanished only thanks to a highly disputable penalty in the seventh minute of stoppage time, with Buffon sent off for protesting, and a Bernabeu terrorised by the fear of an elimination that had not even been considered. Regrets for an impossible mission which they were accomplishing, deservedly, because it was the most beautiful, incisive and strongest Juve side ever seen.”

Tuttosport: ‘Not like this!’ An immense Juve are eliminated.

“No comeback completed, no Roma-style achievement. But in Madrid, Juve go close and only miss out in the 97th minute to a penalty, with their captain sent off. Allegri’s men deserve an enormous ‘thanks anyway’ because they played a huge game in the return of this Champions League quarterfinal: 3-0 through Mandzukic, Mandzukic and Matuidi. To the death, it was a domination of heroic resistance and with a superlative Buffon. Until the 93rd minute, that is.”

“An inexistent penalty in the 93rd minute denies Juve a feat against Real: 1-3, Buffon sent off: the referee was a disgrace. Agnelli: All Italian clubs penalised. Juve won on the field and Andrea Agnelli won by a mile off it, blaming the referee – or rather all referees and the man who picks them, on one of the most incredible nights that the Champions League could possibly reserve.”

La Stampa: ‘The most beautiful Juve stopped by a 97th minute penalty’

“Ronaldo, it’s always Ronaldo. A penalty from the outstanding Portuguese player deep into stoppage time extinguishes Juventus’ dream after they amazingly overturned the 3-0 defeat from the first leg in Turin. Mandzukic’s brace and a goal from Matuidi within a game which was technically and tactically almost perfect was pushing the Bianconeri towards extra-time, to try to earn a qualification which had seemed compromised after the first 90 minutes at the Allianz Stadium.

“In the end, though, the English referee Oliver left his mark on the game, awarding a dubious penalty for Real and, above all, brandishing a red card under the nose of Gigi Buffon. For the goalkeeper and captain of Juventus, there could not have been a bitterer ending to a legendary career. It’s a genuine slap in the face because after Roma’s achievement on Tuesday, Italian football was about to experience another of those unforgettable nights which make this sport so fascinating. “ 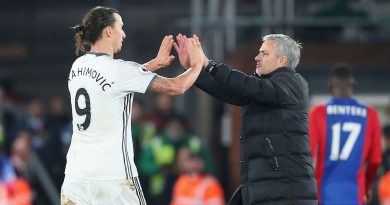 Ibrahimovic: Mourinho still ‘Special One’ Guardiola hid from me in dressing room

Oct 19, 2019 ayman022 Comments Off on Ibrahimovic: Mourinho still ‘Special One’ Guardiola hid from me in dressing room 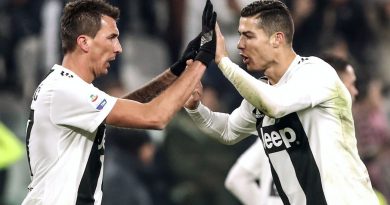 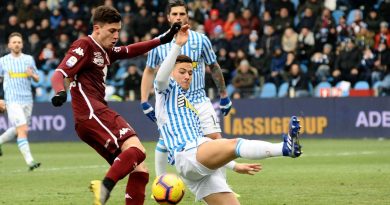