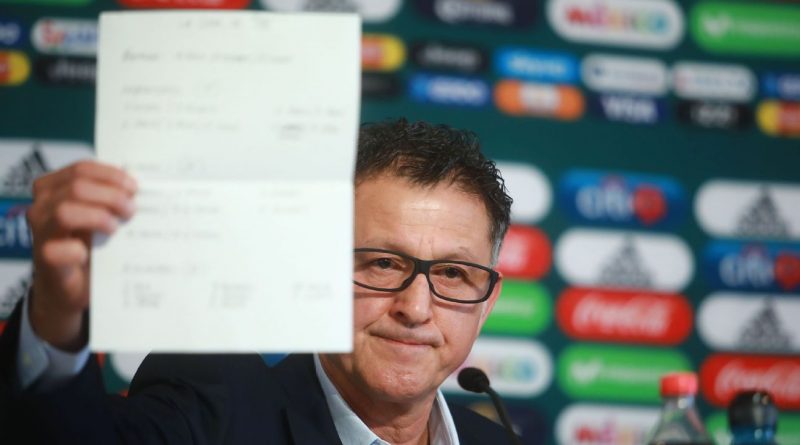 Editor’s Note: This was originally published for ESPN Mexico. Read the original here.

Mexico didn’t reach that elusive fifth game in Russia. It’s true. This summer’s World Cup also wasn’t one in which the side’s overseas contingent stood out. In fact, it’s possible that it was the weakest output yet for such a group.

Yet evaluating the era of Juan Carlos Osorio — whose tenure as Mexico coach remains unclear — is a task that must be undertaken with an objective eye, and though many might think that his time leading El Tri has been a waste, that’s simply not the case. In fact, Osorio finished the World Cup exactly where this team should stand in the global scheme of things: 12th place. No more, no less.

Many thought Mexico had more to offer in Russia and that Brazil could have been beaten. Don’t fool yourselves or pretend that Mexico plays a high level of football, when even we can’t resist making fun of our own country’s league. There was no lack of memes mocking the Liga Bancomer after the World Cup.

How can Mexico even think of reaching that fifth game when facing no less than a five-time world champion in the Round of 16? Did El Tri deserve more after that disastrous loss to Sweden? Are they better than Belgium? Do they have players who reach the level of Eden Hazard, Neymar, Willian, Philippe Coutinho or Fernandinho?

Didn’t the ubiquitous chorus of “Cielito Lindo,” that most Mexican of melodies, sound wonderful as it rocked Russian stadiums? What a proud moment it must have been for Mexico fans to be the center of the universe. It’s why we paint our faces once every four years.

Let me ask, though: Why is no one discussing El Tri‘s giant flop at the ongoing Central American and Caribbean Games in Colombia? Because that competition doesn’t matter or exist in the eyes of fans. Other than Club America winger Diego Lainez and a few others, is there anyone competing in that event who is tearing it up in Liga MX? It’s interesting that this “new” generation has already experienced such a notable failure.

Are you proud of El Tri‘s effort in Colombia? Of course not, and if you’re a true fan, you should be worried.

We love to mold ourselves into the given circumstances. You screamed for Osorio’s head and then bowed at his feet after the opening win over all-powerful Germany — a side that didn’t escape the first round in Russia. You befriended every South Korea fan in sight, nearly granting them honorary citizenship on the spot, when that nation secured Mexico’s berth to the Round of 16 with a 2-0 upset of the Germans.

Have we no shame? But yes, let us tear Osorio to pieces. That comes naturally.

Let’s be fair. To me, Osorio hasn’t done any more than his predecessors. His Mexico accomplishments are balanced. He passed the test. He wasn’t a disaster, but neither was he the savior called upon to reinvent Mexican football’s wheel. His team took chances, and simply put, he has done all he could.

But tell me, how many of Mexico’s players will be battling for a Champions League title this season? How many can be labeled elite? We can count them on one hand, yet we expect El Tri, forever a work in progress, to reach at least the quarterfinals.

Check out the World Cup runners-up and the clubs for which Croatia’s stars play. You’ll see that reaching a final is not all smoke and mirrors. Ivan Rakitic (Barcelona) and Luka Modric (Real Madrid) are but two examples, a duo who also pull the strings of two of the world’s biggest clubs. Let’s not make absurd comparisons about how Mexico could have emulated Croatia.

Seriously, why fool yourselves? We are not at that level.

Let’s measure Osorio with the proper yardstick. Did he mislead us? I don’t think so, and maybe he fooled himself into thinking he could place Mexico among the world’s best. That’s not reality. There’s quality to spare, for sure, but still, El Tri is not elite. He knew it, and so did his staff. Go back and read his comments. I don’t need former coaches telling me he wasted our time. Not even Jose Mourinho could take Mexico to such elite heights if younger players aren’t given top-tier opportunities.

Mexico will remain far behind the world’s football powers if it doesn’t export its young talent to top teams. Not just that, but that talent must also play consistently on those clubs with rigorous demands.

Meanwhile, how about some coaching candidates to possibly replace Osorio? Matias Almeyda? Miguel Herrera? Jorge Sampaoli? This isn’t about names. It’s about establishing a framework. Instead of calling for coaching changes, we must demand a change in direction. Otherwise, we’ll continue being the center of the universe as a perpetual midtier team.

Nigeria ‘careful but we are optimistic’ after World Cup qualifying draw

Feb 2, 2020 ayman022 Comments Off on Nigeria ‘careful but we are optimistic’ after World Cup qualifying draw 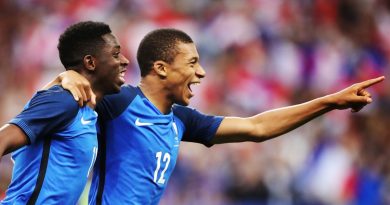