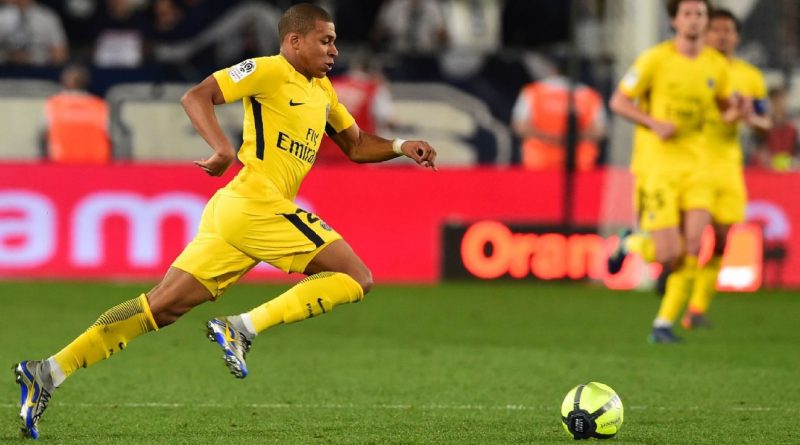 Paris Saint-Germain manager Unai Emery praised his players’ character after a late Giovani Lo Celso goal and a string of Alphonse Areola saves secured a 1-0 win away at Bordeaux on Sunday.

The Ligue 1 champions came away from Matmut Atlantique with all three points and the Spaniard was delighted that his team continued their strong recent domestic form.

“We wanted to keep our winning run going and that is what we managed to do,” said Emery. “Bordeaux had plenty to play for, in terms of the Ligue 1 table, so they performed well — we needed to perform well at the back, but we showed character.

“It is another step forward, so we are pleased with the result — I am satisfied with my players. It was important to continue our series of wins after confirming the Ligue 1 title and reaching the Coupe de France final.”

Areola made eight important saves to help PSG to victory in Bordeaux and the Frenchman felt that his first was the most challenging — despite a spectacular late reflex stop.

“They tested us,” Areola admitted. “With the few chances that we had, we were efficient — that is a good thing!

“I think my save from Pablo’s header was good, but I think that my first save was the most difficult. Most importantly, we were solid defensively — united!”

On his future, Areola said nothing about current contract extension talks and is concentrated on the end of the season instead.

“I have scored points since the start of the season,” said Areola. “I have worked, and we will see at the end of the campaign.”

Lo Celso got another goal after two in the 7-1 thrashing of Monaco last Sunday and the Argentina international admitted that he and his teammates were pushed hard by Gus Poyet’s Girondins.

“We were up against a good Bordeaux side, who are particularly strong at home,” said Lo Celso. “We played well, worked hard to win and came away with all three points — that is what we wanted.

“I am happy with my goal but the whole team worked well. I am pleased to have scored and to have helped my team to win.”

Defender and captain for the evening Marquinhos praised both Lo Celso and Areola highly, singling out the former Rosario Central man for particularly positive words.

“What Giovani has done, so far, is amazing!” the Brazil international said. “It is rare to see a player come straight from South America. Gio impresses us on a regular basis, in training and it matches. He adds a lot.

“We have two good goalkeepers. When Alphonse and Kevin [Trapp] play, they are both always very good. We are satisfied with our two goalkeepers.”

Midfielder Adrien Rabiot admitted that the challenge of reaching 100 points before the end of the season is keeping the PSG players motivated after last week’s Ligue 1 title confirmation.

“We are champions, but we want as many points as possible,” said the France international. “We need matches like that one to motivate ourselves to keep looking for more points.” 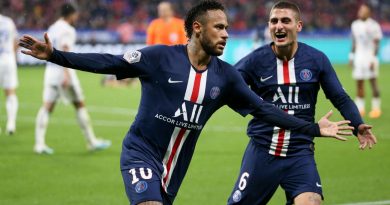 Jan 29, 2019 ayman022 Comments Off on Nicol: Neymar's lack of maturity contributed to injury