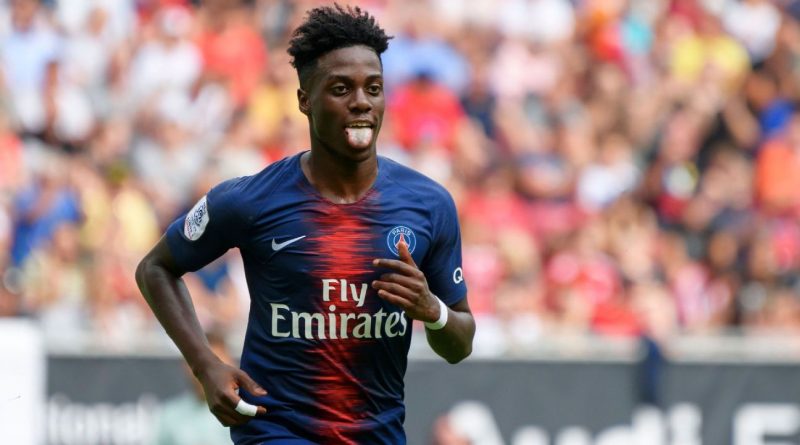 PARIS — This weekend’s Ligue 1 curtain-raiser for PSG against Caen at the Parc des Princes promises to be an eventful affair — the supporters will be treated to a presentation of the World Cup prematch and Roma’s summer signing Javier Pastore will be back to bid an emotional farewell to his former club.

However, Caen will also mark the bows for new coach Thomas Tuchel and legendary goalkeeper Gianluigi Buffon with the club and the German tactician cannot wait to sink his teeth into the French top-flight.

“I am looking forward to this match, my first at Parc des Princes in front of our fans,” Tuchel said at a prematch press conference on Saturday. “I am really eager to experience the atmosphere.

“It is time to start, and I am very happy to be making my debut — I am sure that the team will give their all in this first game.”

Tuchel made an impressive start to life with PSG, leading a far from full strength squad to a 4-0 demolition of last season’s runners-up Monaco in the Trophee des Champions in Shenzhen, China.

The former Borussia Dortmund and Mainz 05 boss believes that the only way for his new group to combat their less-than-ideal preseason because of World Cup duty for many in the squad is for the fringe players to step up and fill the void left by those who went furthest in Russia by building up early momentum through victories.

“There is nothing better in football than winning,” said Tuchel of his first piece of silverware with PSG. “That is the best medicine for a team.

“We are still in a difficult situation because some of the players have only just come back, and others have been working for five weeks — they have to be patient.

Kylian Mbappe, who helped France to ultimate success at this summer’s World Cup with four goals, is back in training with PSG and could play some part after missing their entirety of preseason through holiday.

The 19-year-old, who was also voted best young player in Russia, is raring to go once again and aiming to pick up with his club where he left off with his country.

“It was a really incredible feeling,” Mbappe said of Les Bleus‘ second world title alongside teammates Presnel Kimpembe and Alphonse Areola. “We did it! Now we are back in Paris with new objectives, though, even if we always want to win.

“In Russia it was with the national team, now I am back with my club side, but we still have to keep on winning.”

Although Caen look like ideal opening day opponents on paper, midfielder Christopher Nkunku is wary of complacency ahead of the start of the new campaign and does not believe in easy first matches.

“There is no ‘good’ opponent to start the season,” said Nkunku. “It is the first game, so it is always difficult.

“We have to focus on ourselves. We are going to put in place a tactical system and try to respect what the coach tells us to do to win the game.”

With so many senior players missing during preseason, Tuchel was forced to experiment. And without the services of Edinson Cavani, Marco Verratti and Layvin Kurzawa missing on Sunday, it is a good thing that the new manager got to know the capital club’s youngsters so well.

Stanley Nsoki, who impressed against Monaco in China, Colin Dagba, who also went 90 minutes against Les Monegasques, and Timothy Weah, who was the Ligue 1 giants’ star of preseason, are all likely to feature against Caen.

“They are nice surprises,” Tuchel said of his youngsters, before focusing on Dagba and Nsoki. “Colin has played every game at a very high level — he is humble and has also had some very high-quality training sessions.

“As for Stanley, it is different because normally he plays centre-back. However, he does things very well, with a good attitude in a new role.

“I am not afraid of playing young players, but you also have to protect them. It is a big challenge to play for PSG. Protect them by doing things slowly.”

A bad result against Caen would not be the end of the world, but dropping points so early in the season would make things a little harder moving forward as Tuchel tries to bring key players back up to speed after their time off.

In many ways, it is a good thing — it makes quality game time for some youngsters very likely, and that will benefit them going forward and also aid PSG in their quest to keep their best young talents, such as Nsoki.

However, a starting XI featuring the likes of Nsoki, Dagba, Weah and perennial youth academy product Kevin Rimane ripped Monaco to shreds last weekend, so there is no reason for them to fear Caen this week and no reason why they cannot give Tuchel a winning start in Ligue 1.

My dad does feed me 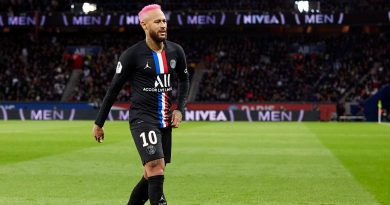 Will Neymar be ready for PSG's UCL clash with Dortmund? 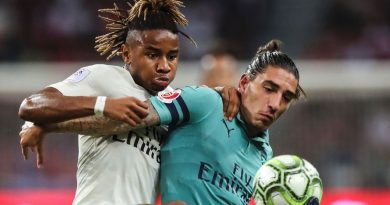