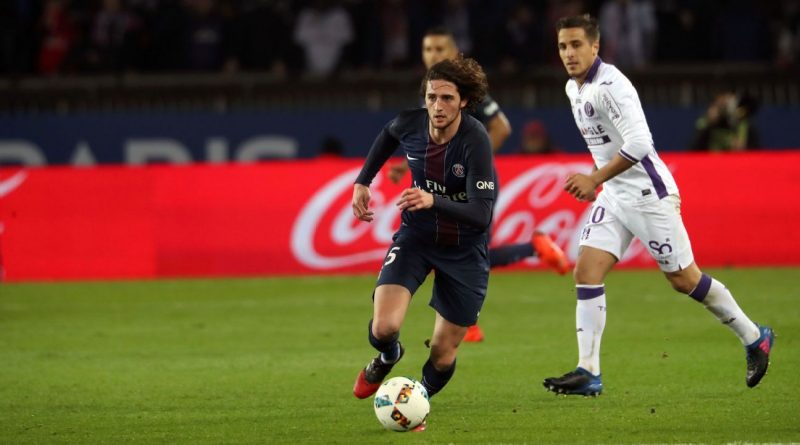 PARIS — When France coach Didier Deschamps unveiled his 23-man World Cup squad Thursday, one of the biggest talking points was his decision to demote Paris Saint-Germain’s Adrien Rabiot to the reserve list.

Club teammates Alphonse Areola, Presnel Kimpembe and Kylian Mbappe were all selected, but Rabiot did not make the full cut despite arguably being the second-most-established name on that list of four.

If you have been watching PSG regularly in 2018, though, particularly since the 3-1 defeat away at Real Madrid in the first leg of the Champions League round of 16, then it will not be such a huge surprise.

As Deschamps pointed out when he explained his decisions, “Adrien’s performances with France are not at all of the same level as those with PSG.”

Les Parisiens‘ No. 25 has suffered a significant dip in form, and it has probably cost him his place in Russia this summer and perhaps weakened his position a little when entering into contract-extension talks with the French capital outfit.

Those discussions were originally supposed to wait until the World Cup was out of the way, but with an extended holiday period looming, it makes sense for both parties to get the issue settled as early as possible to enable Rabiot to start focusing on next season, life under Thomas Tuchel and the 2020 European Championships.

Asked for his opinion on Rabiot only making the reserve list, departing PSG coach Unai Emery responded, “I regularly preach respect, so I respect Didier’s decision.” However, the Spaniard is unlikely to differ too much from Deschamps’ line of thought, having seen the youth-academy graduate slump in form as the campaign progressed.

Part of Rabiot’s downturn in form is just bad timing, but a larger part of it is related to his refusal to play in defensive midfield — a position he performs well in, despite his preference for a berth farther forward — and his nonchalance regarding a PSG contract extension.

The two latter issues have both significantly contributed toward an increase in pressure on him over the second half of term; his inability to back up his bold words off the pitch following the defeat in Madrid only exacerbated his situation.

Rabiot’s replacement in the France squad, Steven N’Zonzi, was preferred to the PSG man because of his more naturally defensive style of play. Had Rabiot not made such a fuss over his preference to play No. 8 instead of No. 6, he might still be part of Deschamps’ plans. Instead, assuming he does not make the final cut because of unfortunate injury to somebody else, Rabiot will be watching his compatriots on television.

Teammate Javier Pastore, who is also likely to miss the World Cup, was quick to come to Rabiot’s defence on social media.

“It is a massive shame that I will not be able to watch you at the World Cup,” the Argentina international wrote. “You deserved to be on the list. Keep going like this — you will always be rewarded. You are a top player!”

Pastore’s loyalty is admirable, but to say that Rabiot “deserved” to be on Deschamps’ list is not quite true; neither is “keep going like this” good advice when this shock should act as a wake-up call for the Frenchman.

It’s true when Pastore tells Rabiot that he is a “top player,” which he is, but the homegrown PSG star knows this and that is more than half of his problem.

Rabiot’s refusal to play in defensive midfield at times during this season has hampered him both for club and country, and while France have not paid the price for that, PSG have, with Giovani Lo Celso massacred for his Madrid nightmare and Lassana Diarra struggling to justify the late-January gamble.

At 23, Rabiot can still come back stronger from this and push on in his development — only, however, if he chooses to recognise why he has failed to impress Deschamps with brutal honesty. Saturday’s Ligue 1-ending clash away at Caen was not supposed to be the last competitive football before the summer holidays, but it looks like that will now be the reality for Rabiot. 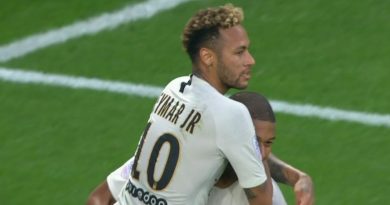 Neymar nets his second for PSG 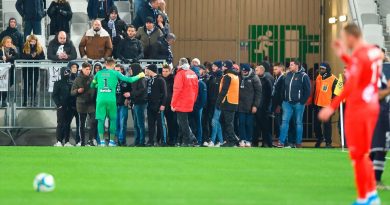 Dec 4, 2019 ayman022 Comments Off on Bordeaux Ultras cause delay with pitch invasion, team respond with 6-0 win 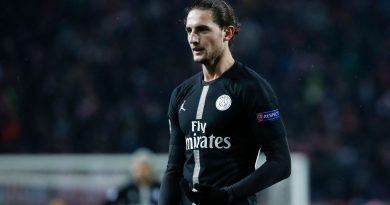 May 1, 2019 ayman022 Comments Off on PSG chairman ‘poisoning’ team with treatment of Rabiot – agent