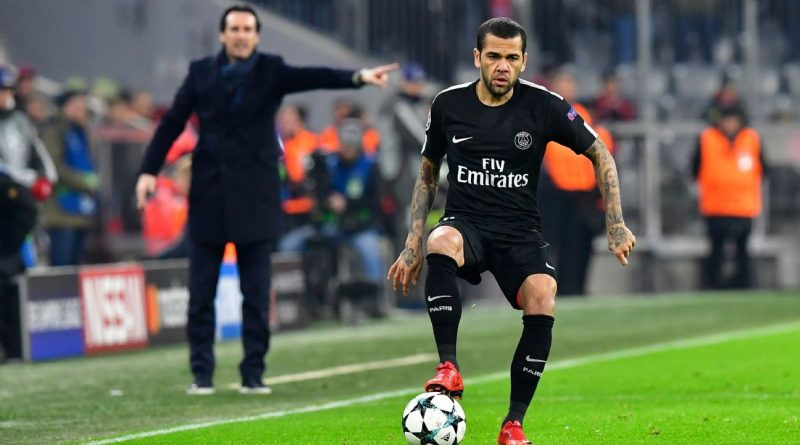 Paris Saint-Germain’s Dani Alves has played down speculation regarding a return to Barcelona after he spoke fondly of his former club in a recent interview.

Speaking with TV Globo in his homeland, the Brazil international claimed that “if Barca called me, I would go back there tomorrow.”

Alves, 34, has become the most decorated active player thanks to the Ligue 1, Coupe de la Ligue and Trophee des Champions titles he has won since joining PSG last summer, but seemingly opened the door to a Camp Nou return.

“Barcelona, it is home for me,” said the ex-Juventus man. “It is impossible to say that I will not go back. If they called me, I would go back there tomorrow. I am a bit hurt, because I gave a lot to create a beautiful story with Barca. I left with 23 titles after eight years. I finished by giving them results and they did not honour our history together.

“They wanted to say goodbye and I said no, because it will be my eternal home. When you feel that way and somewhere is home to you, there is no goodbye. It is your home.”

However, Alves took to Instagram to clarify his comments, playing down reports that he is angling for a move back to Catalonia and reaffirming his commitment to the French champions.

“Me going back to Barcelona?” Alves wrote on Instagram. “Calm down, my friends! “I know that you miss me, and that life without “Good Crazy” is difficult, and that AS, Marca, and Central Lechera also miss me. However, even if our history was very beautiful and very long, speaking in football terms, it is already over.

“When I said that Barca is my home, that Barca is in my heart and that I would return tomorrow, it was just a declaration of the love that I feel towards this club. This chapter is already in the past. I am happy where I am, and I have a great challenge here with people who believe in the ability to change things. Just to remember, visca Barca!”

Alves can add one more trophy to his ever-expanding collection if PSG see off Les Herbiers in the Coupe de France final next month. 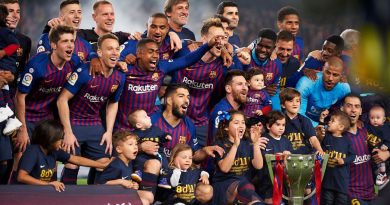 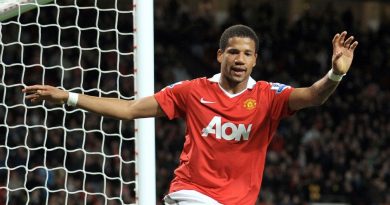 After Braithwaite to Barcelona, a look at some of football’s craziest transfers

Feb 21, 2020 ayman022 Comments Off on After Braithwaite to Barcelona, a look at some of football’s craziest transfers 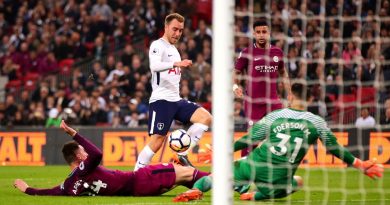 May 18, 2018 ayman022 Comments Off on Tottenham’s Christian Eriksen ready for Barcelona or Real Madrid – Thomas Sorensen