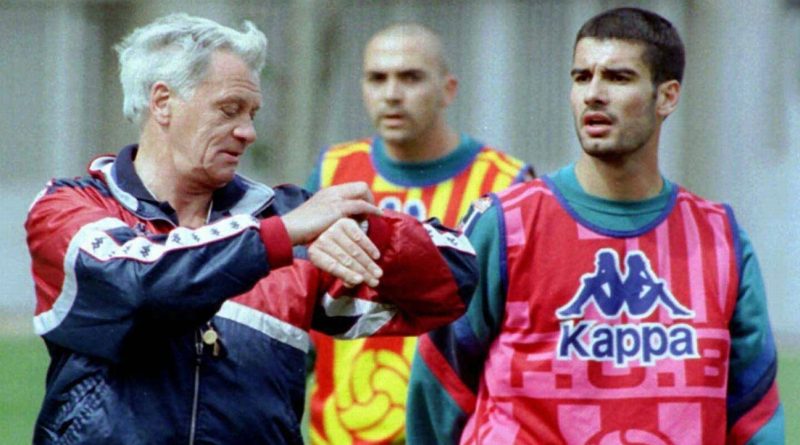 Pep Guardiola can tell you the day he decided he wanted to be a manager.

It was a Wednesday, March 12, 1997. He was on the field as Barcelona went 3-0 down by the 31st minute of their Copa del Rey quarterfinal against Atletico Madrid. The white handkerchiefs were waving wildly in the stands, demanding the manager be sacked. Louis van Gaal, the man intended to replace that manager, was in the director’s box, signing autographs and mentally rearranging the furniture in the coach’s office.

Had the game finished that way, the manager would have been sacked. “We were absolutely devastated,” Guardiola recalls. But a cool-headed half-time team talk there, a tactical switch here, and Barca scored a remarkable five goals in the second half, won the tie and eventually the cup. The manager, and his assistant, kept their jobs.

Of course, the manager was Sir Bobby Robson, and the assistant was Jose Mourinho. A remarkable cast of characters remember that match, which in a “sliding doors” sort of way might be one of the most pivotal matches in the last 25 years, in a remarkable new film, “Bobby Robson: More Than A Manager,” co-directed by Gabriel Clarke and Torquil Jones.

“I learned a lot,” Guardiola says in the film. “I thought, ‘I want to become a manager,’ because of how he handled that situation. It was incredible. It doesn’t matter what the media says, everyone trying to push you: always try to be calm.”

The game, and Robson, had an extraordinary effect on those involved. Quite apart from Guardiola seeing his future, had Robson been sacked then Mourinho would have gone with him. “I still have at home, a VHS cassette of this match,” Mourinho says, a fond smile creeping across his face.

Robson eventually was moved aside, at the end of that season. Jones tells of a line from an early edit of the film, in which Mourinho’s future was guided further by Robson. “He said he wanted to leave, because Van Gaal had come in, but Bobby persuaded him to stay,” says Jones. Had he left then, who knows what would have become of this cocky young Portuguese, half coach, half translator.

Also playing for Barca that day, alongside Guardiola, were Luis Enrique and Laurent Blanc: just that one match featured men who as managers would go on to win 21 league titles for eight clubs in six different countries, plus five Champions League trophies. All of them, in various ways, mentored and influenced by Robson. And that influence carries to this day.

“When you become a manager, you try to incorporate all the best points from all the people you played for,” Terry Butcher, who also appears in the film and worked with Robson for 14 years, tells ESPN FC. “When you’ve been managed by Bobby, there’s not much room for anyone else.”

Robson comes across in the film as someone who taught players how to become men — a genial, paternal figure with an edge. You weren’t so much scared of him telling you off, as you were that you might disappoint him. “You didn’t want to let him down,” says Butcher.

They may seem like entirely different characters, but there is still some influence in the way that Guardiola and Mourinho manage. “Pep, you can see him up and down on the touchlines, and Bobby was like that,” says Butcher. “I know Jose still uses a lot of Bobby’s coaching methods. They’re their own people, but you look at Bobby and think, ‘That’s the way he did it. That’s the right way.'”

Guardiola’s tactical influences may have come more from the likes of Marcelo Bielsa and Juan Manuel Lillo, but the way he thinks is at least partly from Robson. He might not look calm as he dashes around the touchline, but you don’t win the number of trophies that he has without a different sort of calmness, a clarity of thought under pressure. That’s what Guardiola saw in that game against Atletico, and how he tries to act now.

Mourinho took some of that too.”The most dramatic thing for me was to lose a match,” he says in the film. “He said to me, ‘There will always be a happy moment around the corner.” Perspective must seem like an almost impossible thing to come by when managing a global superclub, but Robson clearly tried to preach it.

There’s another nod towards an influence on Guardiola in how Robson spread his wings, managing in four different countries and enjoying success in all. “He survived in different places — that’s why he’s special,” says Guardiola, who has managed in three nations and who you suspect will wander further before the end of his career.

Guardiola may not have meant “survived” literally, but he might as well have. Robson survived cancer four times before succumbing to the disease in 2009. He would apparently say he beat cancer “4-1.”

That in itself would have been an inspiration, according to Butcher: “It’s more when things go against you — he had loads go against him and he came back more determined. And that really helps you as a manager, to think, ‘That’s how you do it, someone has come back from all that.'”

It might seem a long time ago now, but a feature of Mourinho’s early managerial career was how he built up the confidence of his players, partly to improve their performance but also to create a bond and loyalty to him. Again, that’s something Robson did.

“I never saw him fall out with people, because he had that magical way of talking to you,” says Butcher. “He gave you that confidence in just a few words. When he’d say, ‘You never let me down’ [which a scene in the film shows him saying to Butcher], that’s powerful. It’s such a strong thing for a youngster. For him to say that — wow. I still get a tingle now. It was an incredible feeling.”

You can see his influence simply through the cast of characters who speak in the film. Mourinho and Guardiola took time out of this season’s Premier League campaign to talk, appearing alongside Sir Alex Ferguson, Ronaldo (the Brazilian one), Alan Shearer, Gary Lineker and Paul Gascoigne. In one of the film’s more heartbreaking moments, a now fragile Gascoigne says, “With Bobby, I knew I was safe.”

For the directors, the task of persuading these people to sit in front of a camera was relatively straightforward. “You think, ‘Crikey, it’ll be hard to get these people together,'” says Clarke. “But because of that genuine love and respect, however busy some of these people are — and they are very busy — they would do it.”

The film paints the picture of a man who was loved and respected and whose authority resonates to this day. The face of football might have been very different without Bobby Robson.

“I miss him,” says Mourinho. “But I remember him. I remember him every day. I tell stories about him. A person only dies when the last person that loves him dies.” 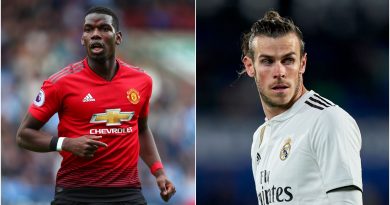 Who gets the better of a Pogba-Bale swap? 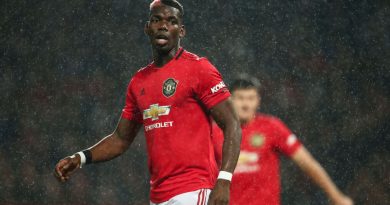 Man United’s Paul Pogba is back from injury, but does Ole Gunnar Solskjaer even need him?

Dec 9, 2019 ayman022 Comments Off on Man United’s Paul Pogba is back from injury, but does Ole Gunnar Solskjaer even need him? 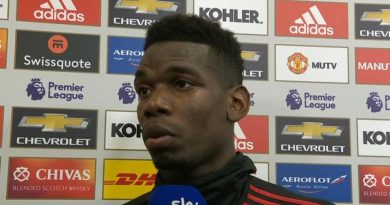 Pogba: Man United still have a long way to go