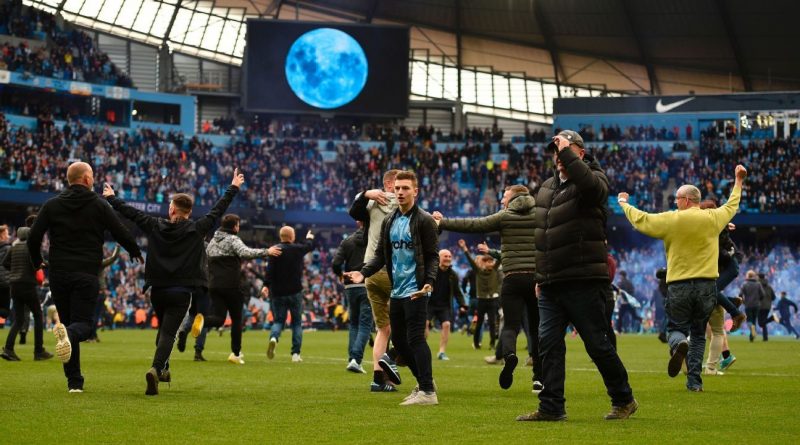 City clinched the Premier League title last weekend and the team celebrated their success in style with an emphatic victory at the Etihad Stadium.

Fans ran on the pitch after the final whistle and the Football Association could potentially take action against City for the invasion, particularly after an incident in the FA Cup earlier in the season when Wigan Athletic were charged after fans ran onto the pitch.

“Football is an emotional game. I understand you have to be careful, but when they feel they want to share that they are happy, it is better they stay where they should stay, but I’m not going to tell them ‘don’t do that,'” the City boss told a news conference.

“If they are happy I like to be close with the team. They show how happy they are and that is the most beautiful thing we can live like professionals, a manager and football players. We felt that today. The fans here were so happy.

City have two games left to play at the Etihad Stadium and Guardiola joked that he would prefer if they looked after the pitch.

However, he admitted that the players enjoyed Sunday’s atmosphere as sometimes the fans can be “cold” towards the team.

“Save the grass, we need the pitch for the future,” he said. “Our fans, today from the beginning they were there and singing and close to us. Sometimes they are more cold. Especially Liverpool after 1-1 from Salah, the people react amazingly, so close to the team. That means a lot to us.

“They know we are an honest team, a humble team, in the way we play without the ball, the way we press, the way we try to be honest. People realise that. That’s why we are close.

Guardiola was delighted there was no dropping standards as David Silva, Raheem Sterling, Kevin De Bruyne, Bernardo Silva and Gabriel Jesus scored in an emphatic victory.

City are closing in on a record-breaking season and now have 90 points — five short of the record with four games left — 29 wins — one short of equalling the record of 30 and have scored 98 goals — five away from the record of 103.

“You have to keep improving. We spoke to the players in the week about that. If we are improving it will be good for the new season, finishing in a good way,” he said.

“Swansea have had good results under Carlos Carvalhal against Arsenal and Liverpool and that’s why it was so important to focus, play well and score.” 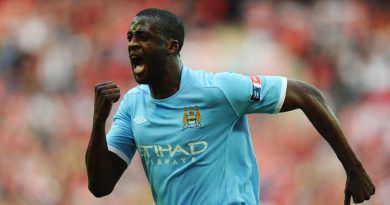 Would Manchester City be where they are today without Yaya Toure?

May 16, 2019 ayman022 Comments Off on Would Manchester City be where they are today without Yaya Toure? 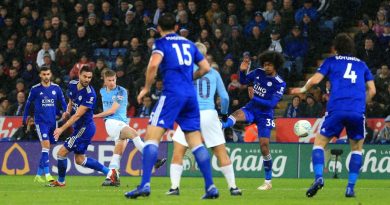 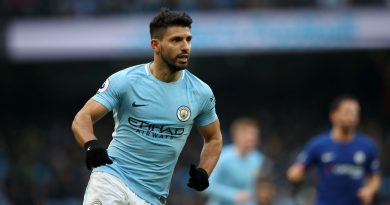 Apr 17, 2018 ayman022 Comments Off on Manchester City’s Sergio Aguero ruled out for season but fit for World Cup