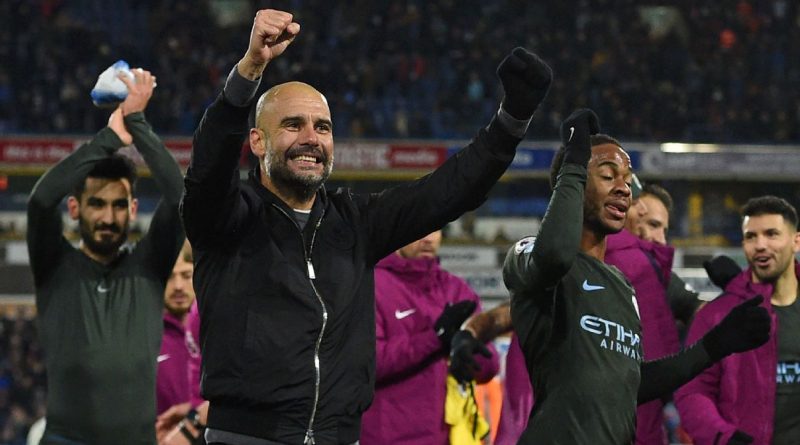 Pep Guardiola said Manchester City won’t match their spending of the past two summers with just one or two players set to arrive before the new season.

City have spent around £300 million since Guardiola took over in 2016, bringing down the average age of the squad.

Yaya Toure is out of contract and Guardiola said a replacement for the midfielder is his top priority, with sources telling ESPN FC that Napoli’s Jorginho is a top target.

“Yaya is leaving so we have to replace him, and maybe another one,” Guardiola said on Sky Sports’ Monday Night Football. “One or two more, no more. Maybe people don’t believe me, but we don’t have the money to invest £300m every season.”

When asked where else he would consider adding players, Guardiola suggested up front.

“We have to think and talk more with Txiki [Begiristain, the director of football] and the staff,” he said. “It’s four competitions. We need new faces to compete with the guys from this season.”

City won the Premier League by a record 19 points and will be the early favourites to defend their title next season, but Guardiola is expecting a tough challenge.

“At Barcelona and Bayern Munich, people expect you to win, but at Manchester City, you never know,” Guardiola said. “We don’t have history behind us like other important teams and there are five or six really tough teams at the top.

“When you look at the distance of the gap we won with and think about doing that again, it will be impossible. You think about 25 points to Liverpool, and all the other clubs, it’s unreal. And the weather conditions, the amount of games, it’s quite different to Germany and Spain.”

No team has won back-to-back Premier League titles since Manchester United in 2009.

“For no team to [defend the title] for a long time shows how difficult it is,” he said. “The target is there but the other teams and contenders are trying too. The target is to win. It happened with Barcelona and Bayern Munich.

“I am curious how we are going to run without the ball. That is our main target. That would be a good signal if we are still a humble team with desire and show how we run back. Normally after winning you say, ‘Now I don’t run’ — this is the moment you are not going to win. We will try to focus on that next season.”

The title was City’s third in the Premier League after wins in 2012 and 2014, and Guardiola knows that he will have to keep winning to establish the club as one of the league’s best.

“Winning one title, a lot of teams have done that, it’s not exceptional,” he said. “To be a big team in England or in history, you have to win more. I know the players a little bit and I think they have the desire to try it again.”

Guardiola said he appreciates the tactical challenges presented by other Premier League managers, praising Chelsea’s Antonio Conte for his movement and the quality of United under Jose Mourinho.

And he had particular praise for Liverpool, who knocked City out of the Champions League quarterfinals and also won the teams’ league meeting at Anfield.

“Liverpool is magnificent,” he said. “I suffered a lot against Jurgen Klopp in Germany. The transitions to attack inside is so quick. They learnt a lot from last season.” 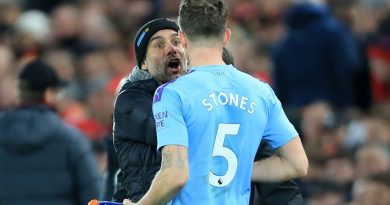 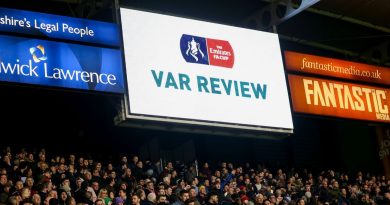 Apr 3, 2019 ayman022 Comments Off on VAR replays to be shown to fans in FA Cup semifinals when decisions overturned 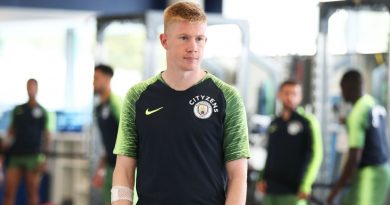 Sep 14, 2018 ayman022 Comments Off on Manchester City’s Pep Guardiola Kevin De Bruyne has no release clause and is not for sale