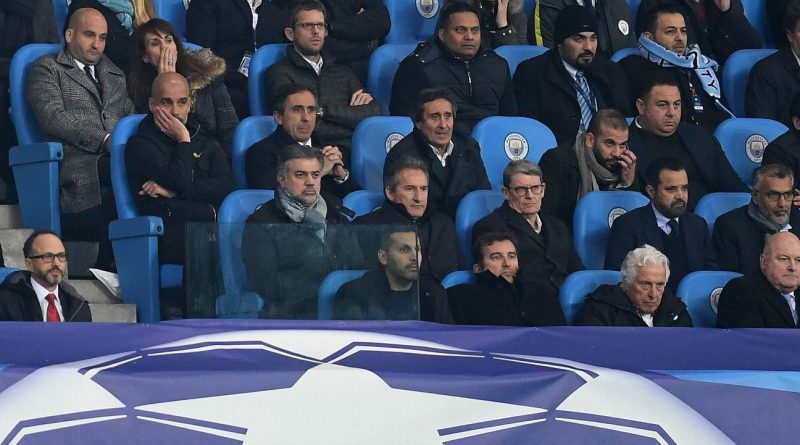 Pep Guardiola hasn’t had the best record in the Champions League since leaving Barcelona after winning the trophy in 2008-09 and 2010-11, suffering several humbling exits at Barca, Bayern Munich and Manchester City. So what has happened?

LOST TO CHELSEA – 3-2 ON AGGREGATE

Didier Drogba’s goal in first-half added time gave Chelsea a 1-0 win in the first leg and a last-minute goal from Fernando Torres claimed a 2-2 draw on the night in the second to send Barca out.

“Congratulations to Chelsea. We had more possession but that doesn’t mean anything; that doesn’t win games. They outjumped us tonight and were physically stronger. We played well, created 24 chances and still lost — what can you do? We need to create 24 more chances at home in the return and hope that some go in.

“We need to find more ways of creating danger. My players are disappointed but I know them and they will give absolutely everything they have to reach the final. We will need to be patient and ambitious at our stadium. Chelsea are the favourites, though, and a 1-0 win is good for them. Our challenge now is to reverse the result and it is a challenge we accept.” — Pep Guardiola.

Guardiola announced that he would quit as Barcelona coach and would be taking a year away from the game.

LOST TO REAL MADRID – 5-0 ON AGGREGATE

After a 1-0 defeat at the Bernabeu, Bayern collapsed 4-0 at home. Two early Sergio Ramos goals, plus Cristiano Ronaldo’s record-breaking 15th and 16th of the season, earned Madrid a 13th final.

“Of course we are disappointed and sad to have lost that game. We have lost, we lost clearly and by a large margin. What we did against Arsenal and Manchester [United] did not work today. Also in the first leg in Madrid we had more control than today and at least a couple of chances. Today, just a few. That’s why we have lost the semifinal. You play with the ball and if you don’t have it that doesn’t work.

“We played badly when we had the ball. That’s my responsibility. I made a mistake. It was a bit better in the first leg. But congratulations to Real Madrid. We have to carry on now. If you don’t play well and you defend set pieces badly, that’s just how it is. are being punished. We are at the highest level in Europe; such mistakes are punished right away. Bayern are a big side. I will try to lift the players again. It is a fresh experience now, surely something will stick. But it is too early for a general analysis.” — P.G.

LOST TO BARCELONA – 5-3 ON AGGREGATE

Barca had won the first leg 3-0 at the Camp Nou after an inspired performance from Lionel Messi, and Guardiola said before the return game that Bayern could only beat his former club if they adopted a patient approach. Bayern took the lead on seven minutes when Medhi Benatia was left unmarked to head home a Xabi Alonso corner but Neymar’s double left them with a mountain to climb. Robert Lewandowski and Thomas Muller gave them a 3-2 win on the night but it wasn’t enough.

“Luis Enrique does really good work. They do a good job. [Real] Madrid or Juve — that will be a great final. Barcelona are very strong at the back, physically they are very strong and quick. And of course up front they are really strong.

“The only way you can stop players like that front three, you have to force them to run more. When Barcelona have the ball, they are very strong, there is nothing you can do about that. In the Camp Nou we didn’t play that well, we gave them this big chance. We have to have more presence in the penalty area, we had to get more balls in. Barcelona deserved to get into the final. I’m satisfied with the performance of my team… we needed this balance in the Camp Nou, didn’t have it.” — P.G.

LOST TO ATLETICO MADRID ON AWAY GOALS – 2-2 ON AGGREGATE

Atletico Madrid knocked out Bayern Munich on away goals despite losing the semifinal second leg 2-1 at the Allianz Arena. Bayern had erased their 1-0 first-leg deficit through Xabi Alonso in the first half, and both teams had penalties saved, but Antoine Griezmann’s goal shortly after the break proved decisive as Atletico hung on to win with a 2-2 aggregate scoreline.

“Of course I wanted to win the Champions League with Bayern and I tried my best to do that — I’ve given my life for this team. I’m proud of us. We played very well in the second half in Madrid, and in the match here tonight. We played very well against Juventus, against Benfica and against Atletico — with all that I can sleep quite well.

“Of course it was my aim to win this competition here — we tried our best and played as well as we could. But I’m happy with my time here – I’ve enjoyed it here. We wanted to win the cup but it doesn’t change my time here. Titles are just statistics. I can just tell you that I gave everything for my players. I worked hard to adapt to the Bundesliga and make my players better. I have no regrets.” — P.G.

LOST TO MONACO ON AWAY GOALS – 6-6 ON AGGREGATE

Manchester City’s defensive frailties cost them as they crashed out with a 3-1 defeat at Monaco. Guardiola named an attacking lineup for the second leg of the round-of-16 tie but that backfired as Monaco overcame a 5-3 deficit to win on away goals after a 6-6 aggregate draw.

“We played exceptional second half but we forgot to do that in the first. We wanted to defend aggressively. We were better in the second but it wasn’t enough. Normally we play to a good level but here we didn’t. We will learn. The team does not have a lot of experience.

“The second half we had the chances and we didn’t take them and that is why we are out. And set-pieces are so important at this level. Barcelona and Real Madrid scored from them last week. We were not there and we were not there in the first 45 minutes. We will improve but this competition is so demanding. Sometimes we have to be special and be lucky. We were not.” — P.G.

Guardiola was sent to the stand as his Manchester City side were knocked out 5-1 on aggregate by Liverpool. A 3-0 hammering in the first leg was followed up by a 2-1 defeat at home.

“I said it was a goal. That’s why he sent me off. It was the difference between going in at half-time 1-0 and 2-0. If you go in 2-0 at half-time, it’s a little bit different and when [the ball] came off Milner, it can’t be offside.

“It’s different when the first goal in Anfield is offside. These kind of games, this competition the impact is so big. The goal for Gabriel Jesus in Anfield is a goal, it’s not offside. It’s a penalty from Robertson on Raheem Sterling right in front of the fourth official. Of course that has an influence.

Guardiola’s Champions League record as a manager in numbers:

5 – He has reached five other semifinals, two with Barca and three in as many seasons with Bayern Munich.

1 – Only once before has Guardiola’s run been ended by English opposition, when Chelsea defeated Barca in the 2012 semifinal. 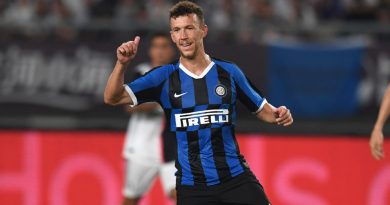 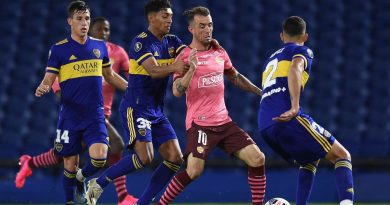 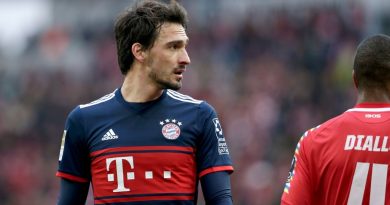