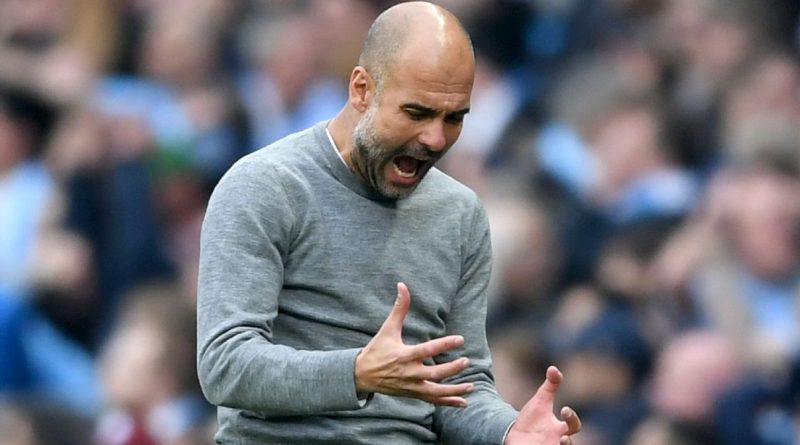 It’s odd there’s a downbeat feeling on Manchester City’s season. The knives have been sharpened ever since Pep Guardiola got his tactics so spectacularly wrong in a 3-0 defeat in the first leg of the Champions League tie at Liverpool. That error has been compounded by collapses in the following two matches, both of which have come in for heavy criticism and have put the club under even more intense scrutiny.

That being said, it’s felt like Guardiola has been in the line of fire ever since he arrived in England. No other top manager appears to have such distinct differences in followers — there are those who love his teams and their style of play, there are those who would love nothing more than to see him fail.

Last season was a delight for the latter group, as the Catalan embarked on what would be his toughest managerial task. City were in a bit of a state when he arrived, with a raft of old and below par players still hanging about. The club had invested heavily under Manuel Pellegrini, but largely not brought in the quality that they should have done for the money spent. It wouldn’t have been a surprise if Guardiola had written off his debut year when he realised he couldn’t make as many changes as he may have wanted to.

Finishing last term in third and with no trophies in the cabinet was the evidence his doubters needed that he couldn’t hack it in England, especially with his team’s inconsistent performances. Beginning this term by blitzing all those in their way and playing a level of football that left supporters on cloud nine was all the evidence his supporters needed that his critics were wrong.

As is always the way, the truth is somewhere in the middle. Guardiola’s team have had a brilliant season so far, though it should have been better. Wimping out of the FA Cup with a 1-0 defeat to Wigan wasn’t ideal, while they underperformed in the Champions League double-header with Liverpool — even the officials did make errors.

But the revisionism, especially from external sources, is remarkable. At the turn of the year, Guardiola was managing the team that was running away with the Premier League, playing some of the best football the top flight has ever seen. But now, the general feeling is that the Catalan has mucked up the season. Barring perhaps the single greatest sporting collapse of all time, City will finish having won a league and cup double — and despite this the critics are queueing up to pile in, ignoring the last eight months and focusing on the last eight days.

The idea that it’s been a below-par season is laughable, even if a bad week in the Champions League has left fans a bit grumpy. That’ll change as soon as Vincent Kompany lifts the top flight trophy for the third time — City’s fifth — and it will long be forgotten if the club can break the Premier League points and goal-scoring records, both of which are well within Guardiola’s sights.

When the sun sets on this season, fans won’t be looking back with disappointment. It’s been a masterclass of attacking football, which has suffered a wobble in recent weeks, and the demolition of their nearest challengers over the course of 32 games shouldn’t be forgotten. For the first few months, it was as if City were compiling their own goal of the month competition such was the quality of their play.

Some outsiders say the title won’t stack up against the previous ones because of the lack of end of season drama. That’s an unfortunate by-product of total domination — of course there’ll be no Sergio Aguero 94th minute winner or Steven Gerrard slip to swing the title race in one of the key games. It doesn’t mean there is any less joy in the season; it’s a different type of jubilation.

When the dust has settled on what will be remembered as the worst period of the season — especially as fans now fear defeat to Spurs at Wembley on Saturday, another team that is well suited to putting City under the sorts of pressure they don’t like — supporters will be full of admiration for what they’ve been treated to this year.

Perhaps for outsiders it may be a case of only knowing what Guardiola was bringing to the English league when he’s gone. For whatever reason, some will just never enjoy the football City have produced while the Catalan is in the dugout. 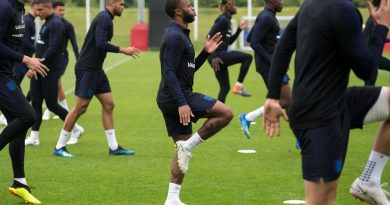 May 31, 2018 ayman022 Comments Off on England’s Raheem Sterling has FA ‘support’ over gun tattoo row 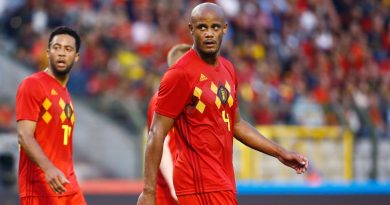 Jun 4, 2018 ayman022 Comments Off on Vincent Kompany in Belgium World Cup squad but injury could still rule him out 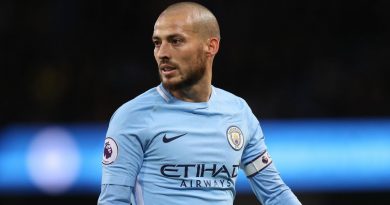