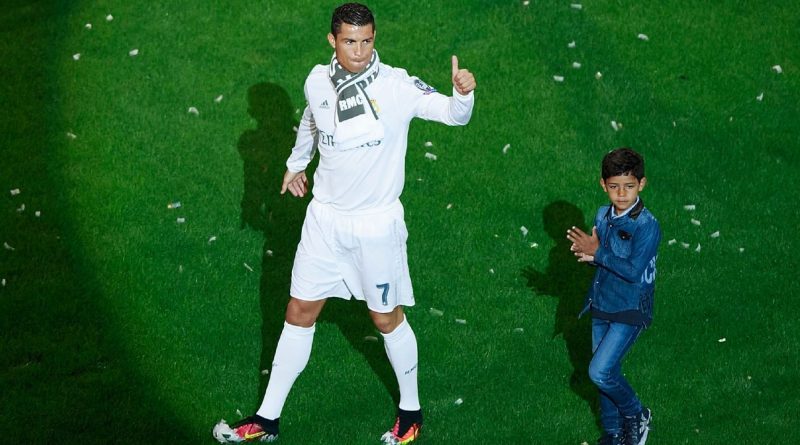 Portugal fans got a glimpse of the talent of Cristiano Ronaldo’s son Cristiano Jr. after their country’s 3-0 friendly win over Algeria at the Estadio da Luz on Thursday.

The seven-year-old showed he has inherited his father’s skills when five-time Ballon d’Or Ronaldo encouraged him to have a shot — and watched him beat a young goalkeeper with a brilliant right-footed strike into the top corner.

Portugal’s Football Federation posted a video on Twitter with the message: “The final whistle doesn’t mean the show is over. Cristiano and his son, it’s clear the apple doesn’t fall far from the tree! #ConquerYourDream.”

The final whistle doesn’t mean the show is over. Cristiano and his son, it’s clear the apple doesn’t fall far from the tree! #ConquerYourDream pic.twitter.com/YgebltOYpa

In April, the Real Madrid star posted a photograph of his mother with Cristiano Jr, who is holding several trophies and wearing a medal, with the message: “Cristiano was the best scorer at school! Congratulations son!”

He recently shared a photo of Ronaldo Jr. imitating his goal-scoring pose with the message: ” Jr say daddy I’m going to be like you!!!What do you think?”

The young Cristiano has already dazzled in Madrid, showing impressive footwork in a kickabout with a few other Real player’s children after a Champions League game. 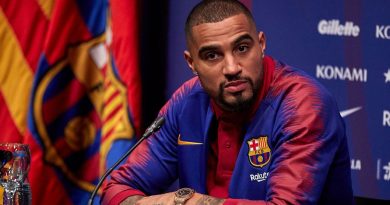 Jan 22, 2019 ayman022 Comments Off on Kevin Prince Boateng ready to ‘run’ to Barcelona after hearing of interest 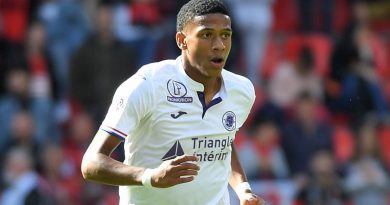