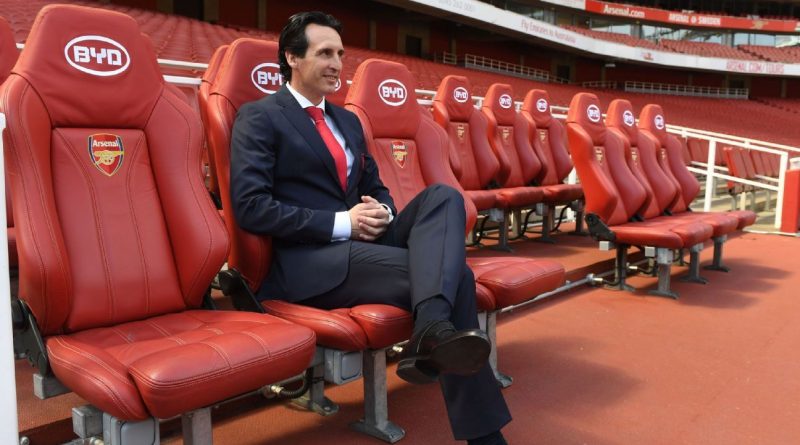 Unai Emery faces a baptism of fire as Arsenal manager after the Premier League fixture computer handed the Spaniard clashes against Manchester City and Chelsea in his first two competitive games since succeeding Arsene Wenger at the Emirates.

Emery, who beat off competition from former Arsenal captain Mikel Arteta to land the job as Gunners boss last month, has been charged with guiding the club back into the Champions League following the decline in the team’s fortunes during the final two years of Wenger’s 22-year reign.

But the former Paris Saint-Germain and Sevilla coach has been given a daunting task at the outset of his reign, with Arsenal kicking off the 2018-19 season at home to Pep Guardiola’s champions on the weekend beginning Aug. 11 before then travelling to Stamford Bridge to face Chelsea a week later.

And while City may feel hard done by at having to begin the defence of their title with a trip to a traditional big rival — despite recent reports of the Premier League adopting an unwritten rule of keeping the top six apart on the opening weekend of the season — Guardiola’s men then enjoy a much softer run of fixtures following the game at the Emirates.

During the opening six fixtures, City are due to play all three promoted teams, handing Guardiola’s men the perfect opportunity to make another strong start to the season.

Although all fixtures dates are subject to change due to the requirements of broadcasters, the release of the Premier League schedule for the 2018-19 campaign enables managers, players and supporters to plot their club’s route to success, whether it be a title push or battle for survival.

And the key fixtures remain the first that demand the attention, with the titanic battles between the main title challengers always primed to be pivotal dates in the calendar.

The first Manchester derby, which will pit last season’s top two against each other, is due to take place on Nov. 10 when Jose Mourinho’s United make the short journey across town.

United, who begin their season at home to Leicester City, were the only team to claim three points at the Etihad against Guardiola’s champions last season, with Paul Pogba inspiring the visitors to a 3-2 victory in April having trailed 2-0 at half-time.

But City, who ended United’s long unbeaten run at Old Trafford with a 2-1 win last December, will travel to Old Trafford on March 16 believing that they can take huge step towards retaining their title with another win on enemy territory.

Perhaps the most eagerly anticipated game next season will not be the Manchester derby, but the first clash between City and Liverpool at Anfield on Oct. 6.

Jurgen Klopp’s team beat City on three occasions last season, including the Premier League win in January which ended their hopes of going through a campaign unbeaten in the league.

And 2019 faces an explosive start with Liverpool due to travel to the Etihad for what promises to be another key game in the battle for the title next season.

The traditional Premier League ‘Clasico‘ between Liverpool and United is due to be staged at Anfield on Dec. 15, with the return taking place at Old Trafford on Feb. 23.

With the last two meetings between English football’s two biggest clubs at Anfield ending in dismal 0-0 draws, it is to be hoped that December’s clash on Merseyside produces more drama and goals.

Tottenham, who will join City, United and Liverpool in the Champions League next season, begin their campaign at Newcastle for the second successive season before hosting Fulham a week later.

With Tottenham’s new stadium at White Hart Lane unlikely to be ready in time for the start of the season, though, the game against Fulham will be staged at Wembley — handing Slavisa Jokanovic’s promoted team a swift return to the stadium having clinched their place in the Premier League with a playoff final win against Aston Villa there last month.

However, by the time Spurs face Arsenal at home on March 2, the new stadium will be up-and-running and ready to play host to its first North London derby,

Chelsea, who remain in a state of flux with question marks over their owner, manager and star players, have been handed a low-key start to the season, aside from the early meeting with Arsenal.

The 2016-17 champions open up with a trip to Huddersfield Town and then face Newcastle, Bournemouth, Cardiff and West Ham in quick succession after hosting Arsenal.

But despite the ease or difficulty of a team’s early fixtures, the reality that all the clubs face next season is that City will once again be the side to beat.

It is now all about which of them can navigate their programme best — but none of them will want to be in Arsenal’s shoes at the beginning of August. 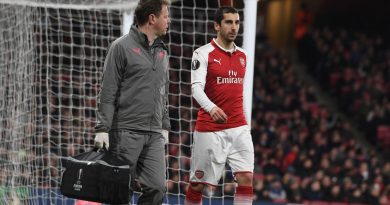 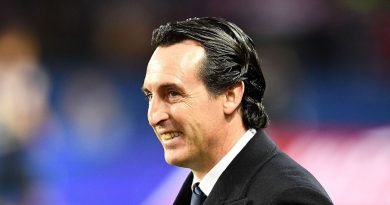 May 22, 2018 ayman022 Comments Off on Unai Emery can improve Arsenal overnight, but his PSG woes warrant scepticism 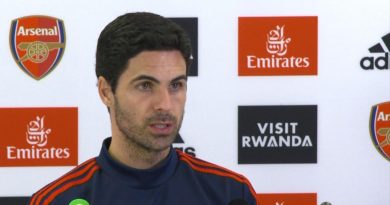