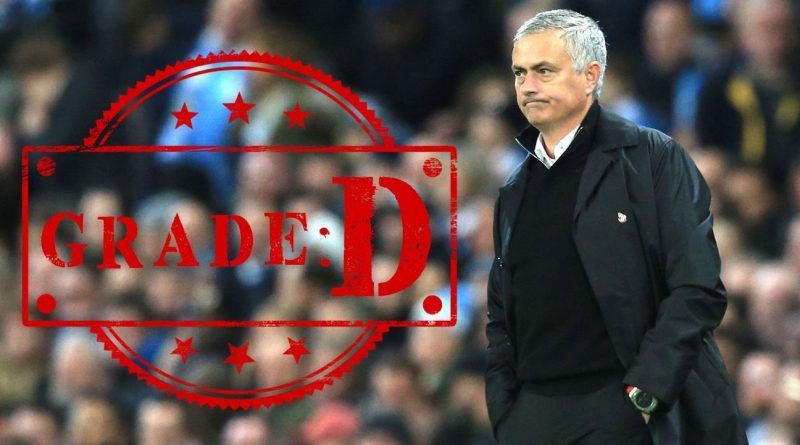 The Premier League enters the final international break until next spring with almost a third of the season now completed and the title contenders becoming clear after 12 games.

Some of the “Big Six” managers are performing to expectations, others are surprisingly ahead of schedule, while questions are being raised of those who are failing to deliver. So after 12 games, how do these manager rate?

Season so far: Two points clear at the top of table, unbeaten and with 10 points from a possible 12 against Liverpool, Arsenal, Spurs and Manchester United. Also coasting at the top of their Champions League group.

What has he done right? Guardiola resisted the temptation to make several summer signings, instead adding only Riyad Mahrez from Leicester, but the City manager has been able to maintain the intensity and quality of last season. He is also quietly phasing out Vincent Kompany in defence with John Stones and Aymeric Laporte building an impressive partnership.

What has he done wrong? Nothing. Defending a title is never easy, but Guardiola has City riding high at the top of the table and his players look as focused and determined as ever.

What does he need in the January transfer window? City need a long-term replacement for Fernandinho, who is 34 in May, but there is no urgency to recruit in January.

Season so far: Unbeaten Liverpool are two points behind leaders City having made their best-ever start to a Premier League season, but they are already out of the Carabao Cup and successive away defeats against Napoli and Red Star Belgrade have left Klopp’s team in trouble in the Champions League.

What has he done right?: Klopp’s January move for Virgil van Dijk is now paying off in a big way, with the summer signing of goalkeeper Alisson also making Liverpool much stronger defensively. The addition of Xherdan Shaqiri has also boosted the team’s attacking options.

What has he done wrong? Liverpool’s forwards are not pressing as high and intensely as they did last season. Whether this is a new tactic, because the team’s defence is stronger, or a result of complacency, only Klopp can say, but that slight change has led to two Champions League defeats. Liverpool have also claimed just one win from four games against title rivals.

What does he need in the January transfer window? Liverpool still lack a world-class midfielder, despite the summer acquisitions of Naby Keita and Fabinho, but do they have the funds to buy one in January? Another centre-back would also help, with Liverpool lacking genuine quality if Van Dijk is unavailable.

Season so far: Unbeaten in all competitions since the Community Shield defeat against Manchester City in August, Chelsea are well-placed to challenge for the title in the second half of the season.

What has he done right? Good coaches make their players better and Sarri has revitalised Eden Hazard, polished the rough diamond that is Ross Barkley and injected much-needed confidence into Alvaro Morata. The Italian boss has quietly restored the feel-good factor at Stamford Bridge with “Sarri-ball” and the team’s results are the ultimate proof of that.

What has he done wrong? Very little. Sarri should perhaps have added another striker to his squad during preseason because the lack of a real cutting edge could be the difference being winning the title and missing out.

What does he need in the January transfer window? If Sarri can persuade the club to splash out on a new Didier Drogba or Diego Costa, it could make all the difference, but finding a world-class striker in January will be very difficult.

Season so far: Spurs are five points behind leaders Manchester City and holding onto fourth spot, but they have been unconvincing. Champions League hopes are in the balance after a poor start to the group campaign and they are still having to play games at Wembley.

What has he done right? Pochettino has arguably done well to keep Spurs in the top four after failing to strengthen his squad in the summer. With the squad showing signs of World Cup fatigue, perhaps the full extent of Pochettino’s efforts will not be realised until later in the season.

What has he done wrong? The Spurs boss should have pushed harder for new signings in the summer, not only because his squad lacks depth, but also for the added competition that new faces would have provided. He and his team are now paying the price for the lack of recruitment.

What does he need in the January transfer window? Numbers. Pochettino simply needs three or four more players to enable him to rotate his squad and increase competition for places. But most of all, he needs Spurs to move into the rebuilt ground at White Hart Lane and that is something totally out of his hands.

Season so far: Starting with two straight defeats against Manchester City and Chelsea did not bode well, but Emery has since overseen a dramatic transformation, with Arsenal unbeaten in all competitions those two early losses.

What has he done right? Succeeding Arsene Wenger was never going to be easy, regardless of the obvious desire for change at the Emirates, but Emery has recruited well and displayed a much-needed lack of sentiment by sanctioning the departure of Jack Wilshere. The Spaniard is also getting the best out of Mesut Ozil, has made Arsenal exciting to watch again and, for the first time in years, they can actually defend.

What has he done wrong? Like Sarri at Chelsea, Emery has been virtually all good news, but he possibly showed too much faith in goalkeeper Petr Cech before Bernd Leno took over in October due to the Czech’s injury.

What does he need in the January transfer window? Arsenal are now on the up again, so Emery needs to capitalise on that by adding quality wherever he can.

Season so far: United have made their worst start to a Premier League season, exited the Carabao Cup at the first hurdle to Championship side Derby County and have limped along. They sit in eighth position, 12 points behind leaders Manchester City.

What has he done right? It has been a grim start to the season, but United have shown fighting spirit in wins against Newcastle, Bournemouth and Juventus. Mourinho has also recently started to get impressive performances from Luke Shaw and Anthony Martial.

What has he done wrong? There have been too many sideshows. The training ground spat with Paul Pogba, public criticisms of players, woeful performances, a failure to get the best from star players such as Pogba, Alexis Sanchez and Romelu Lukaku and a downbeat mood around the club dating back to negative comments about recruitment during pre-season. There has been little to shout about.

What does he need in the January transfer window? Two world-class centre-backs and a creative forward in the mould of Eden Hazard or David Silva. All of which are likely to be impossible for United to find in January. 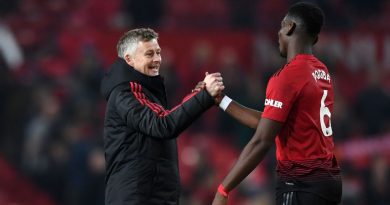 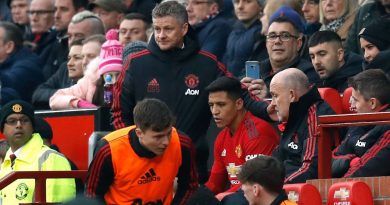 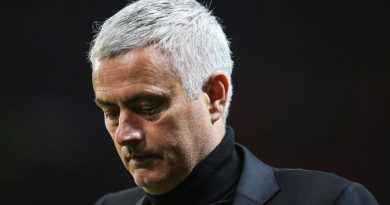