JUMP TO: ‘It’s like a new signing’ | The KDB Assist-O-Meter | Compliments to Chef Rodgers | Doom and gloom for the Toon | What will please Chris Wilder? | Liverpool’s luck strikes again | Finally, the real Jorginho | Injuries scuppering Norwich’s safety hopes | Why Villa is ‘Frustration Central’

Lloris emphasises the task ahead for Spurs

“Don’t blame Hugo,” said Mauricio Pochettino about his captain’s stinking error that donated a goal to Southampton on Saturday.

Of course, Pochettino was always going to defend goalkeeper Hugo Lloris after a mistake like the one that donated a goal to Danny Ings, and the caveat should be added that Lloris made a couple of excellent saves later on in Spurs’ 2-1 win over Southampton, but costly mistakes are a pattern for the France international now.

Indeed, he made an almost identical one to this in the World Cup final, which is often forgotten because it was ultimately of no consequence, but nobody can say they didn’t see this sort of thing coming.

Saturday’s result was good for morale at Tottenham, and the fortitude they showed to beat Southampton with 10 men is at least a hint that the dressing room isn’t quite as divided as Pochettino has implied in recent weeks.

But Lloris’ error emphasised that they potentially have a massive rebuilding job to do over the next year, with the contracts of Jan Vertonghen, Toby Alderweireld and Christian Eriksen expiring, plus the need for a new goalkeeper will become impossible to ignore with more errors like this one from Lloris.

There has been much talk this season about keeping squads fresh, in the light of Tottenham’s troubles, and Manchester City also have to deal with the problem of keeping their squad motivated to continually produce excellence.

Riyad Mahrez and Kevin De Bruyne might be taking care of both those problems for City. The phrase “like a new signing” is a cliche usually reserved for managers who haven’t signed anyone and want to convince their fans that the guy coming back from injury is enough, but in this case it genuinely might be true.

Last season De Bruyne and Mahrez were barely factors for City, through a combination of injury, poor form and the excellence of others, but they have returned to relevance this term, with some gusto. De Bruyne has reclaimed his status as the best player in the Premier League, while Mahrez is now basically undroppable after another goal and brilliant showing against Everton. And that, in this City squad, is certainly saying something.

A new regular feature for this column will be a tally of how many goals De Bruyne lays on for his teammates this season.

After setting up Gabriel Jesus‘ opener against Everton, De Bruyne has eight assists from six starts: If he continues at this pace, he’ll break the Premier League assists record for the season at some point in December.

The wisdom of Leicester and Brendan Rodgers joining forces in February last season, rather than waiting for the summer, has once again shown to be a brilliant move by all parties.

Rodgers has made this team the most impressive outside of the top two, collecting 31 points from his 17 games in charge so far, all of which was helped by him starting work last term and carrying their form across seasons.

But Rodgers isn’t some footballing shaman who has sprinkled a spell over Leicester: This is a triumph of recruitment as much as anything else, and that group of richer clubs who are currently floundering beneath them will only feel worse as they observe James Maddison, Youri Tielemans, Ricardo Pereira, Caglar Soyuncu, Dennis Praet and others, wondering why they didn’t spot that talent and grab it for themselves.

Newcastle have three more points than they did at the same stage last season, so the optimist might think that if they could stay up then, they can do so now. The trouble is you’ll be hard pressed to find any optimists around Newcastle at the moment, and any remaining ones will probably have disappeared after their pathetic 5-0 defeat to Leicester.

Jamaal Lascelles said the blame should be on the players and manager Steve Bruce hinted at the same by pointing to the “complete surrender” of his team. That might be true to a point, but you have to wonder why that might be the case, and that wondering only leads you to the manager and those above him.

Newcastle might have been winless a year ago, but you could at least see what they were trying to do, and had a manager with the requisite gravitas to make you think things were going to be OK. Not this time: If your local bookmakers will still give you odds against for Newcastle to go down, snap that up now.

These are early days, but they already look doomed and hopeless.

Should Wilder go easy on his players?

After Sheffield United won at Everton last weekend, Chris Wilder was busy rebuking his players for their poor performance before Phil Jagielka reminded him they had just beaten the side who finished eighth in the Premier League last season.

This weekend, Wilder was annoyed his newly-promoted team hadn’t beaten the European champions.

“I think we’ve missed an opportunity to get a big result today. When they’re off, we’ve got to jump all over them,” he said after the 1-0 defeat to Liverpool, citing Norwich’s win over Manchester City as something to aspire to.

It’s terrific for the Premier League that Wilder has ambitions beyond survival, that he expects more from his players than mere existence. They’re not happy just to be there, wide-eyed at being on the same pitch as Mohamed Salah and Sadio Mane and Virgil van Dijk.

But the hope is that he doesn’t go too far the other way, that he doesn’t expect too much, too quickly of his players: After all, before this season Saturday’s starting XI had 48 Premier League appearances between them, 19 of which belong to Chris Basham for Bolton a decade ago.

Maybe cut them just a little bit of slack, Chris.

Luckiest moment of the weekend

On any other weekend, Tanguy Ndombele‘s shot bursting through the hands of Angus Gunn might take this award, but there can obviously be no other candidate than Dean Henderson letting Gini Wijnaldum‘s strike go through his legs and donate the points to Liverpool.

Even Jurgen Klopp admitted that a draw would probably have been a fair result, but these are the strokes of luck one needs to challenge for the title.

Jorginho finally establishing himself at Chelsea

Most of the talk about Chelsea this season has surrounded their youngsters, and rightly so: Mason Mount and Fikayo Tomori were both terrific again in their 2-0 win over Brighton, but arguably their key man was Jorginho.

The Italy midfielder pulled all the strings and was the hub of the team that Maurizio Sarri wanted him to be last season, so when Frank Lampard said afterwards that this was the first game of his tenure Chelsea had controlled from start to finish, that was a compliment to Jorginho.

Norwich’s defeat to Crystal Palace at the weekend — their fifth loss in seven and another game in which they haven’t kept a clean sheet — will naturally be concerning for Daniel Farke, but more worrying is their injury list.

They went into the game at Selhurst Park already without six players — Alex Tettey, Tim Krul, Christoph Zimmermann, Timm Klose, Tom Trybull and Onel Hernandez — while Krul’s replacement Ralf Fahrmann probably shouldn’t have played and did aggravate his groin injury, while Jamal Lewis is due for a scan on a suspected broken elbow.

The challenge of staying in the Premier League is already a steep one for clubs like Norwich, but to be hampered like this makes it doubly so.

Aston Villa have now thrown away points from winning positions in three of their seven games so far this season.

Indeed, they have conceded five equalisers in those games, and Burnley levelling things within 90 seconds of their second goal on Saturday almost felt inevitable.

Watching them as a neutral can be a pretty frustrating experience, so who knows what it’s like supporting them. 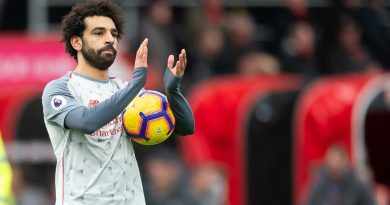 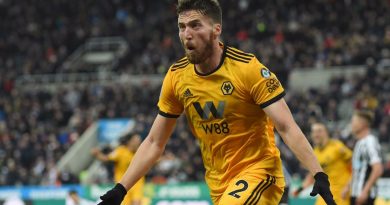 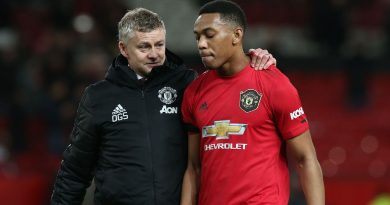 6/10 Martial isolated as Man United devoid of creativity in draw vs. Wolves

Feb 1, 2020 ayman022 Comments Off on 6/10 Martial isolated as Man United devoid of creativity in draw vs. Wolves