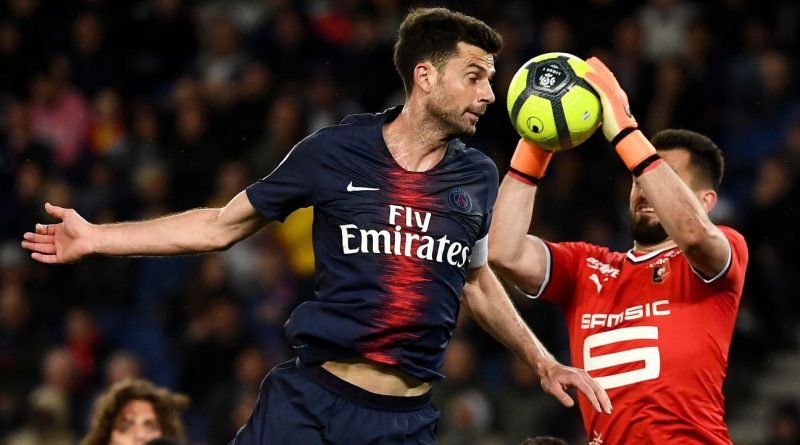 PARIS — The end of the season can’t come fast enough for the French champions. Benjamin Bourigeaud and Adrien Hunou’s goals secured a 2-0 Ligue 1 win for Rennes at Parc des Princes on Saturday that sent them into Europe for next season, while Thiago Motta signed off by conceding a penalty.

None. These PSG players have been on holiday since beating Monaco in Bordeaux to lift the Coupe de la Ligue trophy. They only briefly raised themselves to beat Les Monegasques again and confirm their Championnat crown and then Caen, as well as Vendee Les Herbiers, to capture the Coupe de France. They might as well already be on the beach, in Russia or elsewhere.

Too many, though they’re not really of any true importance at this stage of the season, with everything already won. However, it was a shame PSG were unable to win in Motta and coach Unai Emery’s final Parc des Prince appearances.

4 — Emery’s starting XI contained too many players with nothing left to play for this campaign, and his changes did not introduce as many motivated figures as they could have done.

GK Kevin Trapp, 4 — Well beaten by Bourigeaud’s penalty and Hunou’s finish, it was hardly a ringing endorsement for his potential place in Germany’s World Cup squad.

DF Thomas Meunier, 4 — A starter in Dani Alves’ absence, it was not a great performance, albeit no worse than most of his teammates either.

DF Marquinhos, 5 — More solid than his central defensive partner Presnel Kimpembe, but it was not exactly world-class from the man who took over as captain once Motta was substituted.

DF Presnel Kimpembe, 3 — Booked and a little ragged all match, it was every bit a two-games-left-with-nothing-to-play-for display.

DF Yuri Berchiche, 5 — Showed a bit more effort than many of his teammates, but with so little urgency all over the pitch, it was hard to stand out.

MF Thiago Motta (c), 4 — It was an emotional night off the pitch, but on it, it was an illustration of exactly why this is the right moment to hang up his well-worn Mizunos.

MF Lassana Diarra, 5 — Like Berchiche and Marquinhos, he played with more purpose than most, but that did not get him very far.

MF Giovani Lo Celso, 6 — Probably PSG’s best player in a very poor collective showing, exhibiting some smart passes and movement, as well as actually looking like he wanted the ball and doing something with it.

FW Angel Di Maria, 5 — Active, but it was the latest in a growing line of headless chicken displays, which will have hardly done anything for him pre-World Cup.

FW Kylian Mbappe, 4 — A rare outing, as the No. 9 once again failed to bear fruit. This time, it was as much down to his teammates as it was himself that the experiment did not work.

FW Christopher Nkunku, 4 — Deployed wide on the left with no Neymar and Edinson Cavani, it was a strangely unfocused performance from somebody with plenty to play for in an individual sense.

FW Julian Draxler, 5 — Given the final 30 minutes, he made a convincing argument that he should have started the match. He may well do so in Caen.

MF Adrien Rabiot, 5 — His gradual reintroduction to action after a minor injury continued with 29 minutes here, and it might be exactly what he needs to reach the World Cup in optimum condition with France.

MF Javier Pastore, NR — The man who replaced Motta for his Parc des Princes standing ovation, he looked lively but was sent on far too late. 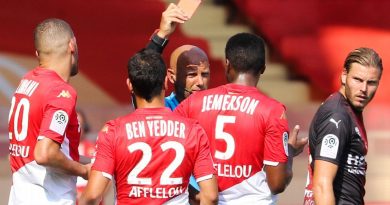 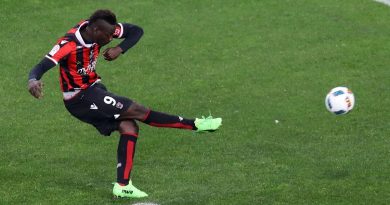 May 16, 2018 ayman022 Comments Off on Roberto Mancini will talk to Mario Balotelli about making Italy return 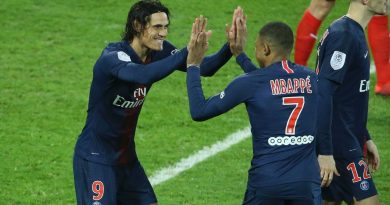