Amid all the action at Euro 2020 and the Copa America, the summer transfer window has opened, with Europe’s biggest clubs looking to make a splash in the transfer market. Check out the latest gossip below, and see all official deals here.

Italy full-back Leonardo Spinazzola has been one of the standout performers at Euro 2020 so far, as he has helped his side reach the quarterfinals, where they will face Belgium. This has not only made an impact on the international stage, as it seems that AS Roma are set to have a battle on their hands to keep him, with Calciomercato reporting that Real Madrid and Barcelona are both showing an interest in the 28-year-old.

It is Los Blancos who are said to be the keenest, with Carlo Ancelotti looking to bring in his compatriot during his second stint as Real Madrid manager. Spinazzola has become especially appealing due to Marcelo’s situation, as the Brazilian is now 34 and his contract will come to an end next summer.

It is reported that there is no possibility of Borja Mayoral being part of the deal, after he spent last season on loan at the Stadio Olimpico, but a cash-only offer could work. Calciomercato adds that the transfer fee cannot be less than €40 million if there is any hope of an agreement being reached.

Roma are keen to keep the player and Spinazzola is happy to stay in the Italian capital with Jose Mourinho, but he is also aware that the Euros provide a unique opportunity for him to showcase what he can offer.

08.46 BST: Paris Saint-Germain are in advanced negotiations to sign Sergio Ramos on a free transfer after the defender’s Real Madrid contract expired on Wednesday, sources have confirmed to ESPN’s Rodrigo Faez and Julien Laurens.

Ramos announced last month that he would leave Madrid after failing to reach an agreement to extend his 16-year stay in the Spanish capital.

ESPN first revealed on Monday that PSG had intensified talks with the centre-back’s camp. Sources close to the deal said that things have advanced throughout the week and a final decision is expected in the coming days.

Ramos wants a two-year deal but PSG are only offering one with a second year as an option to be triggered by mutual content. His wages should also be lower than what he was earning in Spain and what he would have earned had he stayed at the Bernabeu.

The Spain international, who turned 35 in March, didn’t strike an agreement with Madrid due to discrepancies over the length of the deal.

Mark Ogden feels Anthony Martial may no longer fit in at Manchester United once Jadon Sancho completes his transfer.

A statement released by the German club on Thursday said the fee is “fixed” at €85m. Sources have told ESPN Sancho will sign a five-year contract with the option of another year after undergoing a medical.

An official announcement from United followed later on Friday, that confirmed Sancho will have his medical after Euro 2020. Sancho and England are preparing for their quarterfinal against Ukraine in Rome on Saturday.

Sources have told ESPN’s Rob Dawson that Sancho’s former club, Manchester City, are due 15% of the profit Dortmund have made on the deal — expected to be around €11.2m.

— Everton are looking to muscle in on Arsenal’s deal for Brighton & Hove Albion centre-back Ben White, as has been reported by Daily Mail. New manager Rafa Benitez is keen on the England international, and so the Toffees have outdone the Gunners’ offer with one of £50m plus a potential £5m in add-ons.

— Now that Manchester United have brought Jadon Sancho in from Borussia Dortmund, Fabrizio Romano has suggested that the Red Devils’ priority is a new deal for Bruno Fernandes. The England winger represents another big contract, so they are aware they need to make progress in discussions with the 26-year-old regarding a new agreement.

— There have been various clubs linked with Sassuolo’s Jeremie Boga this summer, including Marseille, Lille and Olympique Lyon. Well, Le10 Sport are now adding Atalanta and Nice to that list.

— It has previously been suggested that Marseille were looking to sign Cagliari forward Giovanni Simeone, and Foot Mercato are now reporting that the feeling is mutual. Their report says that the 25-year-old Argentine is making a move to the Ligue 1 outfit his priority. Marseille are hoping for a loan with an option to make the deal permanent, while Cagliari are keen for a straight transfer.

— AC Milan and Brescia still haven’t reached an agreement over the permanent transfer of Sandro Tonali, reports Calciomercato. Milan paid €10m to bring the midfielder in on loan last term and were set to owe €15m more to make the deal permanent. However, they are now attempting to reduce that to €10m and sending 20-year-old midfielder Giacomo Olzer in the opposite direction while Brescia are pushing for the original total. 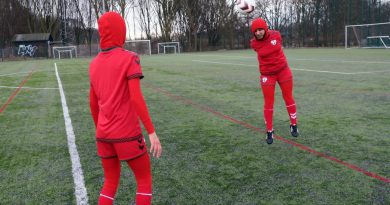 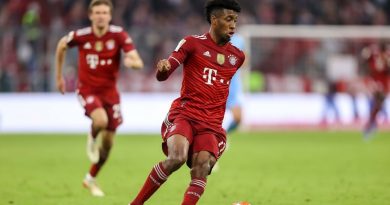 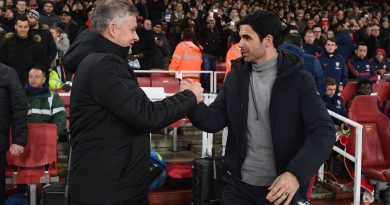 Man United, Arsenal, Tottenham on different paths to Premier League’s top four, but will West Ham beat them all?

Nov 9, 2021 ayman022 Comments Off on Man United, Arsenal, Tottenham on different paths to Premier League’s top four, but will West Ham beat them all?