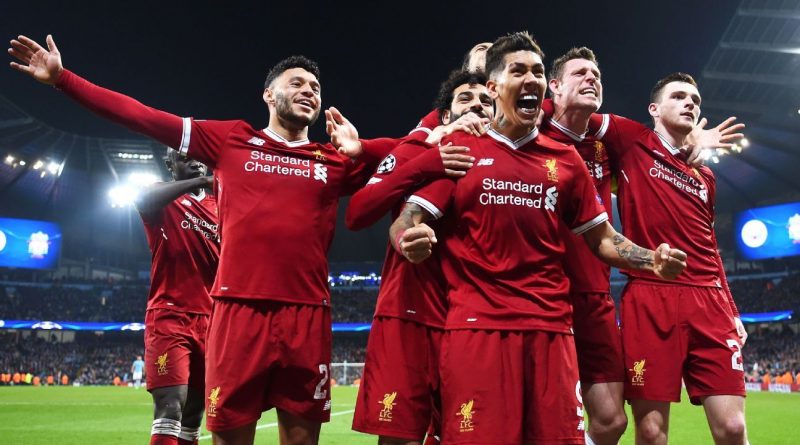 With the draws made for the semifinals in the Champions League and Europa League, here’s a look at how the big games will pan out.

This is a true heavyweight clash, with Bayern and Real having previously met 24 times in this competition and both boasting 11 victories against each other. This will be their seventh meeting in the semifinals alone.

Real claimed a controversial quarterfinal victory over Bayern last season when Arturo Vidal was sent off for the Germans in a game that saw two of Cristiano Ronaldo’s three goals allowed to stand despite being offside.

Bayern coach Jupp Heynckes, sacked by Real after guiding them to the 1998 Champions League title, goes into this game with the German club announcing that Eintracht Frankfurt coach Niko Kovac will replace him when he retires for a second time at the end of this season.

While Bayern have clinched yet another Bundesliga title this term, the club have not enjoyed a campaign without turbulence, with coach Carlo Ancelotti sacked midseason and replaced by Heynckes.

Real, meanwhile, sit fourth in La Liga, 15 points behind runaway leaders Barcelona, with their ongoing progression in the Champions League crucial in keeping coach Zinedine Zidane in a job.

Wednesday’s 3-1 quarterfinal second-leg defeat at home to Juventus exposed the frailties in Real’s team and their over-reliance on Ronaldo and centre-half Sergio Ramos, whose absence through suspension against Juve left Real hugely vulnerable at the back.

This is a tie between two giants, but both teams are arguably on the wane after long periods of success.

Who has the edge? With the second leg at the Bernabeu, and with Ronaldo in their side, Real are the slight favourites as they bid to win the Champions League for the third year in a row.

This is a repeat of the 1984 European Cup final, when Liverpool defeated Roma on penalties in a game played at the Stadio Olimpico.

Roma’s remarkable comeback against Barcelona, when Eusebio di Francesco’s team overturned a 4-1 first-leg deficit to win 3-0 in the Italian capital, ensures they will go into this semifinal as a feared opponent for five-time European champions Liverpool.

But despite Roma’s triumph over Barca, and Liverpool’s emphatic 5-1 aggregate quarterfinal win against Manchester City, this is the tie that both clubs would have wanted.

Liverpool’s firepower, led by former Roma forward Mohamed Salah, proved too destructive for City, but Roma also have their attacking qualities, with Edin Dzeko a key figure in their win against Barcelona.

It promises to be a finely balanced tie, with Roma’s midfield of Kevin Strootman, Daniele De Rossi and Radja Nainggolan the equal of Liverpool’s engine room.

And in goal, Roma’s Brazil No.1 Alisson — a keeper being pursued by Liverpool and Real Madrid — gives the Giallorossi the edge over the Premier League outfit.

Liverpool have fond memories of Rome, having won two of their five European Cups at the Stadio Olimpico, and they will expect to overcome the Italians to make it to the final in Kiev on May 26.

Jurgen Klopp’s team are the favourites, but it will be much closer than many expect, and this tie could go all the way to penalties.

Atletico Madrid were the team that each of the other semifinalists were desperate to avoid, but Arsenal, having had the misfortune of being paired with Diego Simeone’s men, are perhaps the only surviving club capable of beating the Spanish outfit.

Atletico, beaten finalists in the Champions League in 2014 and 2016, will still be strong favourites to win this semifinal, however.

Arsene Wenger’s team will have to nullify the threat of Diego Costa, who scored three goals in six games against the Gunners during his time at Chelsea, and also find a way to keep Antoine Griezmann, Atleti’s 25-goal top scorer, quiet.

And even if Arsenal manage that, they then have to get past goalkeeper Jan Oblak, one of the world’s best, to score the goals to take them into the final.

But the biggest challenge likely to face Arsenal is being able to match the work rate and tenacity of Atletico’s high-pressing game.

Wenger must devise a plan to ensure his attacking players, such as Mesut Ozil and Alexandre Lacazette, offer as much threat for Arsenal as Costa and Griezmann will provide for Atletico.

Whether Arsenal can keep it tight enough at the back is another matter, with the 2-2 quarterfinal second-leg draw against CSKA Moscow once again exposing their defensive frailties.

But this competition arguably means more to Arsenal than Atletico because it offers a route back into the Champions League. And winning it may also be the only way to save Wenger’s job.

Despite all of that, Arsenal face a mountain to climb if they are to make it to the final.

French giants Marseille go into this tie with the edge in terms of European pedigree, having reached two Champions League finals and two UEFA Cup/Europa League Finals, since the start of the 1990s.

And with Lyon set to stage this season’s Europa League final, there will be an added incentive for Rudi Garcia’s team to overcome the Austrian Bundesliga leaders.

But Red Bull-owned Salzburg — known as FC Salzburg in UEFA competition due to sponsorship regulations — proved their quality with a stunning 4-1 quarterfinal second-leg win at home to Lazio, which secured a 6-5 aggregate victory.

Marco Rose’s team sit eight points clear of Sturm Graz in their domestic league and are on course for a fifth successive title, while Marseille are locked in a battle with Lyon for the third and final Champions League qualification berth in Ligue 1.

Marseille have never lost at home to an Austrian club, winning one and drawing two of their three encounters with Austrian opposition at Stade Velodrome, but Salzburg are unbeaten in their last three games against French opposition.

Munas Dabbur and Valon Berisha are the Salzburg danger men, with both scoring five goals so far during their run to the semifinals.

But former West Ham playmaker Dimitri Payet is the man most likely to make a difference for Marseille, with the France international scoring three and creating four goals for Garcia’s team in the Europa League.

The winners of this tie are likely to go into the final as underdogs against Arsenal or Atletico, but Marseille can use the raucous atmosphere at home in the first leg to build a platform to take them to Lyon. 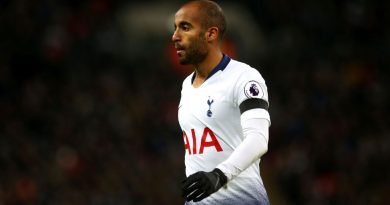 Tottenham anxious for the new stadium to be complete – Lucas Moura

Oct 31, 2018 ayman022 Comments Off on Tottenham anxious for the new stadium to be complete – Lucas Moura 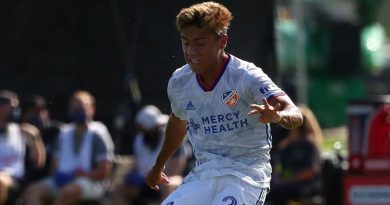