The January transfer window may seem like a distant memory, but that doesn’t mean the rumour mill has shut down! Speculation over summer moves is heating up, so check out the latest gossip below, and see all official deals here.

Madrid are keen to land a marquee striker this summer and while Haaland and Mbappe both remain big targets for Zinedine Zidane, the Los Blancos hierarchy believe Kane would be an easier deal to get over the line, says the report.

Kane has scored 27 goals in all competitions this season and has also provided 16 assists and, with Spurs underperforming, many believe this could be the summer the 27-year-old finally decides to move on from north London in the pursuit of silverware.

The England international has reiterated his desire to stay at Spurs, but his loyalty could be tested if the club fails to win the Carabao Cup after having been recently dumped out of the Europa League. Spurs also face the prospect of finishing outside of the top four in the Premier League.

Haaland and Mbappe are both expected to return fees in excess of £100 million, and so Kane may well turn out to be a more affordable alternative for Madrid, too.

Spurs fans will be desperate their side beats Manchester City in the cup final on April 25 (stream live on ESPN+ in the U.S.), not only to lift some silverware, but also to prevent their talismanic striker from considering his future elsewhere.

– Inter Milan boss Antonio Conte is keen to reignite his interest in Udinese midfielder Rodrigo de Paul, according to Calciomercato. Conte tried to sign De Paul in January, but had to pull out as a result of Christian Eriksen staying at the San Siro. De Paul’s versatility makes him a perfect signing for Conte, and the 26-year-old is keen to play Champions League football. De Paul is contracted until 2024, and would cost Inter €35m.

– Manchester City are close to signing Fluminense wonderkid Kayky, according to the Sun. City have been locked in talks with the 17-year-old’s representatives and it is believed the “next Neymar” is close to signing a deal worth £21.5m.

– Lucas Vazquez is out of contract at Real Madrid this summer, and Bayern Munich are the latest club to hold talks with the versatile winger, says Spain outlet AS. Twenty-nine-year-old Vasquez has been waiting for Madrid to offer a new and improved deal which hasn’t been forthcoming, and talks with Bayern are said to be positive, yet far from a final agreement.

– With Real Madrid midfielder Isco out of favour at the Bernabeu, Inter manager Conte is keen to take him to the Italian capital. The 28-year-old is out of contract in 2022 and so Madrid may be willing to do business this summer to avoid him leaving on a free 12 months later, according to Sport. A renewal seems out of the question, but Inter may face difficulties because they still owe Madrid for right-back Achraf Hakimi.

Jun 16, 2022 ayman022 Comments Off on Sevilla’s Jules Kounde to snub Premier League in favour of Barcelona 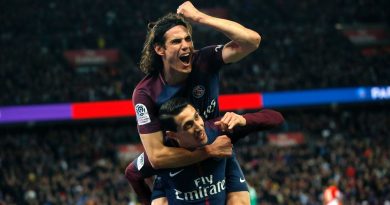