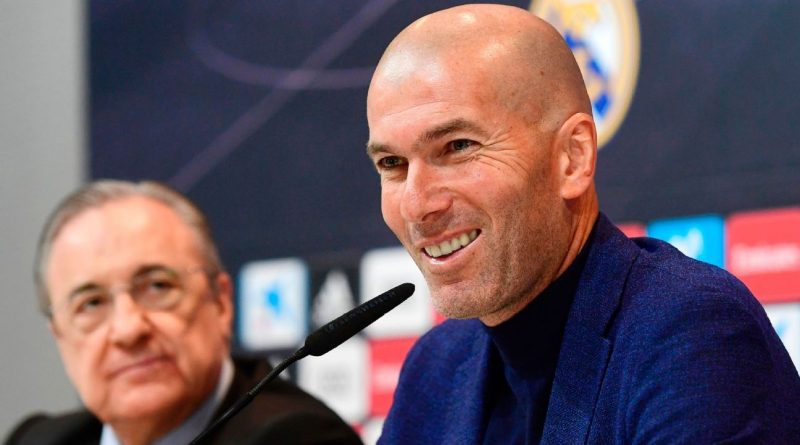 Zinedine Zidane’s Real Madrid exit was dramatic, yet hardly unexpected. Unless you happened to be Florentino Perez.

The Real Madrid president sat next to his departing coach with the look of a man who really hadn’t seen it coming when in truth the writing had been splashed across the Bernabeu walls as early as February, when Zidane spoke about the unique pressure of the job and its exhausting nature.

Add in the standard employment span of a Madrid coach — two-to-three years at most — and Perez comes out of the affair looking ill-prepared at best, negligent at worst.

Without a manager, it will be extremely difficult for Madrid to shape a squad for the 2018-19 season. For any player the identity of your boss, his coaching style and preferences, are matters for consideration. Perez may assume that the simple lure of the famous white shirt is enough to turn any head. But footballers are entitled to enquire as to whether they will play in their favoured position, or if they play at all.

That is the sort of information that a sporting director can help provide but Perez has generally considered the post surplus to his personal requirements. Jorge Valdano was the last former player to occupy the role, although he was styled director general during his second stint, having served as director of football during Perez’s 2000-06 tenure. A battle of wills with Jose Mourinho ended his involvement with the club in 2011.

Like all diligent emperors, Perez should look to Rome for guidance. Roma’s pursuit and eventual capture of former Sevilla director of football Monchi played out in the Spanish media with all the fanfare of a big-name player transfer, precisely because Monchi is a big name in his field and the behind-the-scenes architect of Sevilla’s 21st Century success. When he announced he was leaving, Roma were not his only suitors.

While Perez finds himself in limbo, Monchi has already pushed through deals for Ante Coric and Ivan Marcano while reportedly moving Roma to the front of the queue for Netherlands forward Justin Kluivert. Napoli, with former Real boss Carlo Ancelotti at the helm, are also making early moves with Dani Ceballos and reported Madrid target Fabian Ruiz being sounded out about moves to the San Paolo. Napoli’s sporting director, Cristiano Giuntoli, has been active in aiding Ancelotti’s planning.

Had Perez not buried his head in the sand, he might have persuaded the deliverer of La Decima to return to his old job. Ancelotti had been unemployed since last September.

The same is true of Unai Emery, whose days at Paris Saint-Germain were obviously numbered. Mauricio Pochettino, long touted as a future Bernabeu boss, only recently signed a bumper new contract at Tottenham — Daniel Levy pre-empting a looming threat. Thomas Tuchel was available until May. None apparently received an exploratory call from Perez.

That leaves Madrid in an awkward position. Zidane said the league is the yardstick by which his side should be measured, despite his European success. A 17-point deficit to Barcelona and finishing behind Atletico suggest Real are a country mile off the domestic pace. A squad overhaul is inevitable, but little can be done this side of July about any headline-grabbing transfers.

Madrid play their first preseason friendly against Manchester United on July 31, two weeks after the World Cup final. Many of the new manager’s players won’t be available for it and the incoming coach will also have the final word on whether Vinicius Junior will arrive this summer or at a later date.

The best Real can do in the meantime is clear some deadwood but even that will be conditioned by the identity of Zidane’s replacement. Arsene Wenger, one of the names in the hat, may look at last summer’s crop and view unfulfilled potential. Another coach may simply see the numbers on their backs as price tags.

Zidane has been mentioned as a potential candidate for another suit-and-tie role but other than spotting Raphael Varane and making a tidy profit on Alvaro Morata, he has done little in the market to suggest he would carry his on-pitch success upstairs. Reports also suggest that it was precisely a disagreement with Perez about transfer policy that prompted his resignation.

At this stage a sporting director is as necessary as appointing Zidane’s successor. There are players to be placated, players to pursue and players to be moved on. Perez could do worse than try to poach Fernando Hierro from the Spanish football federation — he has the institutional nous and the weight of personality required to deal with the Real president.

For much of his reign Perez has built his castle on sand but now the changing tide is washing his approach away entirely. For a man who prides himself on staying ahead of the competition, Perez is lagging behind in one area a vast majority of clubs have identified as fundamental to the structure of a modern football institution. 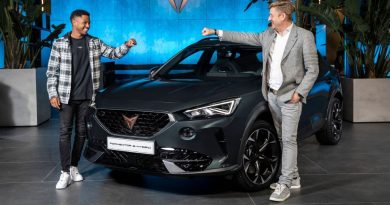 Mar 25, 2021 ayman022 Comments Off on Barcelona’s Ansu Fati gets free car from sponsors but doesn’t have license yet 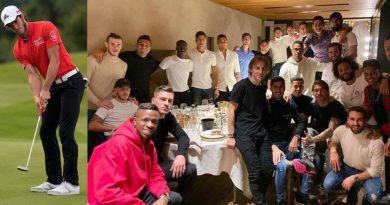 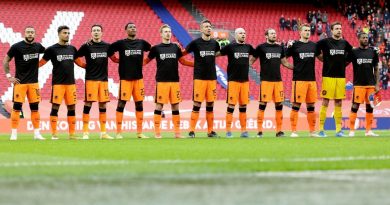