Real Madrid head coach Zinedine Zidane insists Gareth Bale is not upset despite his lack of game time at the Bernabeu this season.
Bale has started only 16 times in LaLiga and has played just 81 minutes of knock-out Champions League football in Madrid’s run to the semi-finals.
The former Tottenham forward did not feature in Real’s win over Malaga last Sunday, and the 28-year-old has widely been linked with a move back to the Premier League this summer. Manchester United, Chelsea and Spurs are all said to be interested in a move for the Wales star.
But Zidane, speaking ahead of his side’s top-flight clash against Athletic Bilbao on Wednesday, insists he is not at odds with Bale.
“We’re all on the same side and we need all the players,” said Zidane, who was also addressing the out-of-form Karim Benzema. “They don’t come across as sad to me.
“They’re training well. Of course, both would like to score more goals, but they are working well.
“It always happens in a team where you have some players on good form and that is what happening at the minute. We’ve got very good players and I have to evaluate that”.
Zidane’s side will travel to Germany next week for the opening rubber of their Champions League last-four match against Bayern Munich.
But before their mouthwatering test against the Bundesliga champions, Real will host Bilbao as they bid to overhaul rivals Atletico Madrid in the LaLiga table. Atletico are four points ahead of Real with only six games to play.
“The most important thing for us is to try to get back to second place, which is our goal,” Zidane added in quotes on the club’s official website.
“We have climbed back up to third and tomorrow we’re playing at home. We want to get closer to second place and we will try to put in a good performance.”
Real will be favourites to beat a Bilbao side 13th in the table and with just two victories from their last seven LaLiga matches.
“Athletic are a team that do not deserve to be where they are in the table,” said Zidane. “Maybe more was expected this year because they’re a very good team that competes very well.
“They’re a complete team that will come here to try to pick up points, and we have to be ready, especially when it comes to their strengths: the second ball, crossing. We have to be switched on to these situations.” 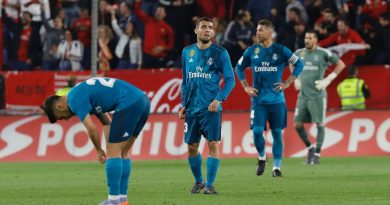 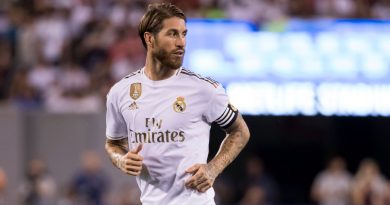 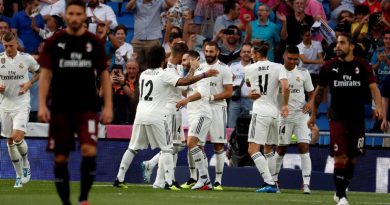