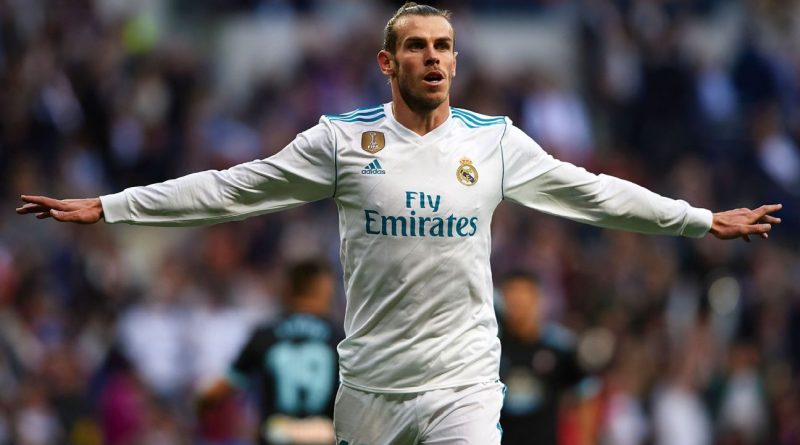 Gareth Bale scored twice to lead Real Madrid to a 6-0 rout over Celta Vigo in La Liga on Saturday.

Isco, Achraf Hakimi and Toni Kroos were also on the scoresheet along with a Sergi Gomez own goal as Real assured themselves of at least a third-placed finish this season.

Real can still finish second on goal difference if they win at Villarreal next week and Atletico Madrid lose at home to Eibar.

Bale found the net twice in the opening half-hour to bring his recent record to four goals in his last three league games. The Welshman now has 15 goals in La Liga, his third-highest season total with Real Madrid.

Celta showed some early promise, but Real’s attacking brilliance was simply too much for them and they capitulated in timid fashion.

Zinedine Zidane promised to make changes after Wednesday’s 3-2 defeat to Sevilla and the Real manager was true to his word. Zidane made eight changes with Keylor Navas, Marcelo, Luka Modric, Kroos, Isco and Bale among those to be recalled.

Real were bright from the start, with Hugo Mallo clearing Achraf’s effort, although Navas soon had to save smartly from Lucas Boye at the near post.

Bale put Real ahead after 13 minutes when he showed good pace to race on to Modric’s pass and beat goalkeeper Sergio with a firm shot, which went in off the near post.

Celta had brief hope when Maxi Gomez fired wide and Jozabed Sanchez’s effort deflected in off Daniel Wass, who was in an offside position.

There were also Celta claims for a penalty when Brais Mendez appeared to be clipped by Casemiro. But Real were in complete command when Bale produced a moment of brilliance on the half-hour mark.

The Welshman chased Isco’s pass before flicking the ball one side of Jonny and running the other side to deliver an unstoppable shot past Sergio to boost his hopes of starting in the Champions League final against Liverpool in Kiev on May 26.

Two minutes later Isco curled in another beauty from the other side of the area, almost a carbon-copy finish of the one Bale had supplied.

Wass saw his point-blank header palmed out by Navas five minutes before the break, but that was almost Celta’s last resistance.

Seven minutes after the re-start the impressive full-back Achraf surged on to Karim Benzema’s pass and fired through the legs of the luckless Sergio. It was the 19-year-old’s second career goal for Madrid on just his fourth shot.

Bale was twice denied a hat trick by Sergio, but the ovation he received when substituted after 71 minutes must have delighted him after so much criticism this season.

Benzema had a close-range effort ruled out for offside, but Celta’s misery continued as Gomez deflected substitute Marco Asensio’s cross into his own net.

Kroos added a sixth nine minutes from time when he was left unmarked in the area for his fifth in the league this season, his most in a campaign since 2012-13 with Bayern Munich in the Bundeslga, when he had six.

Keylor Navas’ clean sheet was Real Madrid’s first in 10 games in all competitions, a run stretching back to April 3 against Juventus in the Champions League. 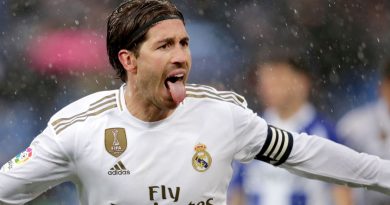 I have ‘loads of respect’ 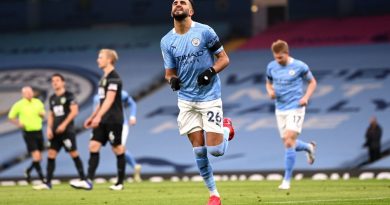