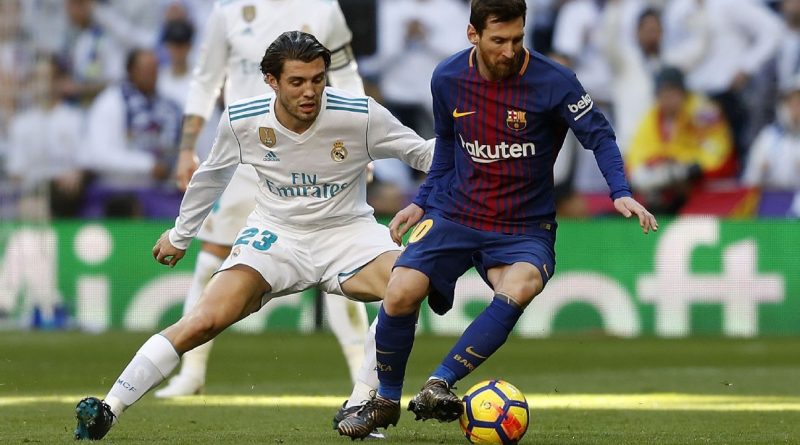 La Liga took a massive risk by fitting El Clasico in so late in the season. It was always going to be a massive risk or reward by installing it so deep into the fixture list. In the end, with Barcelona already crowned champions mathematically and with Real Madrid fighting Atletico Madrid for second place in a featherweight scrap beneath Barca, the decaffeinated Clasico might even be a little strong a term.

But just like any game between these two giants, there are plenty of stories emerging from within the one big story about what it all means. “I’m sorry,” Zinedine Zidane said when asked about Barcelona not doing a guard of honour for his Club World Cup-winning side back in December, “I’m not interested in anything about it. What I am interested in is the game, and I’m not alone. What interests the players and the Madrid people is the game.”

In the end, one editor of a daily newspaper in the capital quipped in his editorial after that game, “it was Madrid who gave Ivan Rakitic a guard of honour,” as he sliced through Los Blancos‘ middle in what looked like a shooting drill in training. Zidane cares so little about guard of honours, in fact, that he has decided his side won’t be doing one for the newly crowned champions of the league on Sunday night. If it’s goading you’re in the market for, look no further.

There’s also plenty for Real Madrid to still learn about themselves ahead of the Champions League final, and Barcelona would love to send them into that game with even more question marks hanging over their inconsistency this season. It will also be a Clasico with one very important goodbye, as Andres Iniesta leaves the club of his life after playing more than 46,000 minutes in the same jersey.

That goodbye is important for Zidane and Real Madrid, as the dynamic of Barca’s three-man midfield is one issue the French manager has seemed most concerned about in recent years.

If there’s one thing Zidane loves more than a big decision, it’s a wrinkle in his tactical setup. Mateo Kovacic has started in four of the five Clasicos he has been available for under Zidane, and it would now be more of a surprise than not if he didn’t play on Sunday at the Camp Nou.

Afforded the power to make big changes for big games without first running it by the president, Zidane understands that with great power comes great responsibility. Having two Clasico losses on his CV in one season is murky territory; Real Madrid haven’t been on the receiving end of three losses in a row in La Liga since Pep Guardiola’s side took the world by storm, and Zidane has lost his past two.

He has often used his decision-making by playing younger players, and against Barcelona he often picks Kovacic to run the legs off Sergio Busquets, pick up Lionel Messi and try to countenance Barcelona’s axis of control in midfield with strong running from deep. If Marco Asensio and Kovacic do start, along with the almost undroppable Lucas Vazquez, this could be an ushering in of a new guard in the great rivalry.

Real Madrid would also expel some demons ahead of the Champions League final with a win. One question being consistently asked is why are Real Madrid so inconsistent. They’re typically a watered-down version of themselves before the proper big midweek nights start in February. In an all-or-nothing Spanish Super Cup at the start of the year, they scored against Barcelona like playing someone in FIFA whose controller ceased to function when trying to defend.

In December, when a draw would have kept Barcelona at bay a little longer, Real Madrid froze. They lost 3-0 at the Santiago Bernabeu but it could have been worse. And with the league title on that day, Real Madrid’s hopes of a treble went with it.

Real Madrid are considered losers in La Liga this year and that brings about a serious form of cognitive dissonance given how it seems impossible to put them down in Europe. Lose and it’s just another day at the office for a team who prefer to go on the road in Europe to do their biggest deals; win, however, and it takes a certain sheen off Barcelona’s league title win. Having been beaten by Roma, who were then beaten by Liverpool, it wouldn’t take much to take Barcelona’s confidence down another notch.

Guard of honours, or a lack of them, will be talked about before and after the game and there was even mention of Real Madrid giving Andres Iniesta one. But the best way to send a man off into the horizon, who tormented them for so many years, is by treating this game like the spectacle it is. And even with a decaf Clasico, that never tends to be a problem. 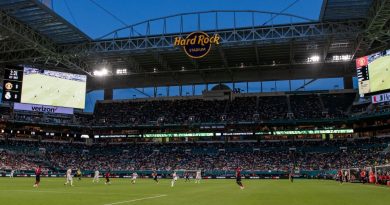 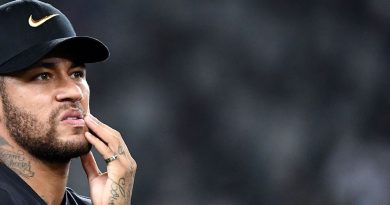 Sep 5, 2019 ayman022 Comments Off on Barcelona could be damaged more by failing to sign Neymar than if they’d succeeded 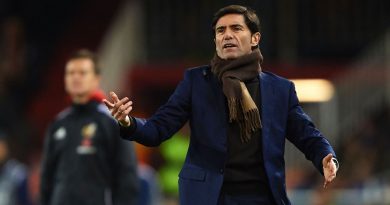 Sep 13, 2019 ayman022 Comments Off on Valencia sacked me for winning Copa – Marcelino