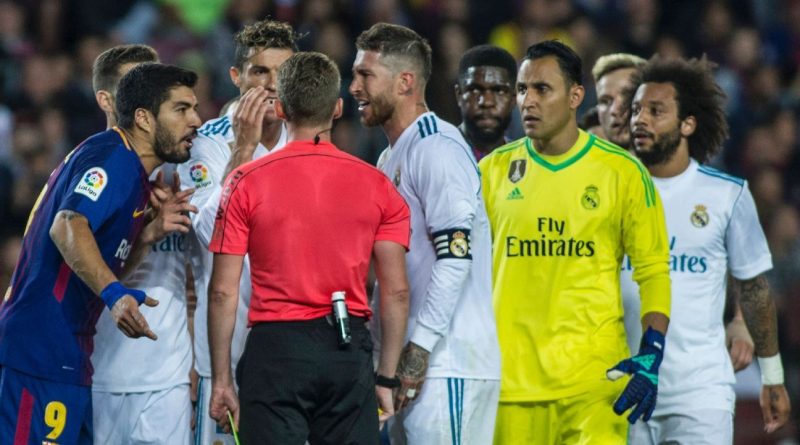 Real Madrid left-back Marcelo said that he dislikes the idea of the video assistant referee (VAR) system even though a refereeing mistake denied him a clear penalty in the 2-2 draw at Barcelona on Sunday.

Referee Alejandro Jose Hernandez Hernandez took most of the headlines afterward by angering both sides with a number of debatable calls, with Madrid captain Sergio Ramos claiming the official’s decision-making had been affected by a half-time harangue from Lionel Messi.

The controversial incidents included Bale escaping without a yellow after a dangerous challenge on Barca defender Samuel Umtiti; a straight red card for Barca right-back Sergi Roberto just before half-time for striking Marcelo; another Luis Suarez goal for Barca disallowed with an offside call; and a Madrid penalty appeal turned down when Jordi Alba tripped Marcelo.

Madrid’s vice-captain, Marcelo told reporters afterward that refereeing mistakes were part of the game and had to be accepted, even if they had gone against his team.

“Some days the [referees] make mistakes, and others they do not,” Marcelo said. “It’s not important. There is a lot of tension in these games. Some days it goes for you, other days against you.

“I believe [the Jordi Alba challenge] was a penalty, Sergi Roberto caught me in the face [for a red card], but it’s gone now. VAR takes the flavour out of football. Although I am nobody to change anything, personally, I don’t like it.”

La Liga announced in October that it plans to introduce VAR beginning next season.

“I am not going to talk about the refs. I never do,” Madrid coach Zinedine Zidane said. “Next year, it will be different with VAR, and we will see how a game like this ends up.”

Barcelona coach Ernesto Valverde, meanwhile, joked about the officiating system, saying: “Thankfully there is no VAR yet, as we would still be playing.”

Madrid have had mixed experiences with VAR, which was used in the Club World Cup the last two years. Luka Modric was critical of how the system worked in Japan in 2016, and Gareth Bale said he was not a fan of the system when his side had two goals ruled out in the semifinal against Al Jazira in December. 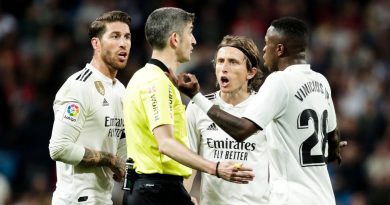 Real Madrid’s issues resurface in back-to-back Clasico defeats PLUS Are Liverpool in trouble?

Mar 4, 2019 ayman022 Comments Off on Real Madrid’s issues resurface in back-to-back Clasico defeats PLUS Are Liverpool in trouble? 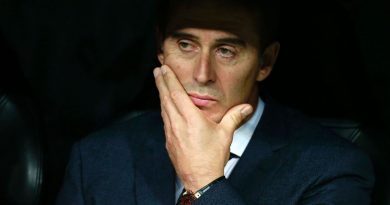 Oct 24, 2018 ayman022 Comments Off on Real Madrid boss Julen Lopetegui snaps at reporter after win; gets vote of confidence 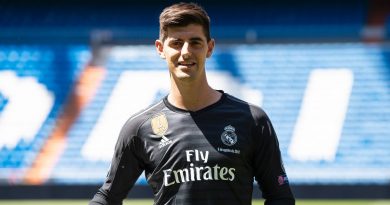