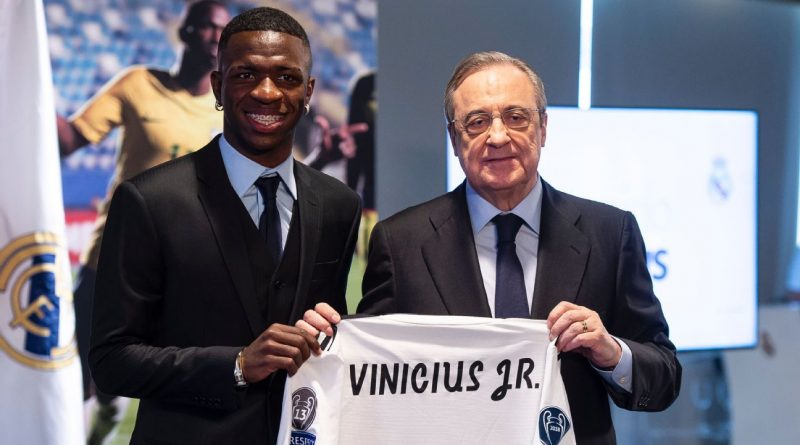 Florentino Perez’s obsession with Neymar has brought him nothing but heartache, embarrassment and torment. Until now. Until Vinicius Jr.

Neymar was the kid Real Madrid saw first. Not just before Vinicius but before Barcelona spotted Neymar. He was the uncut diamond their South American scouting system brought over to train at Valdebebas and show his brilliance, even aged 14.

“I’d never seen a kid of that age who was so skilled,” said Jesus Gutierrez, who was the Madrid academy coach in charge of the 10 training sessions in which the Brazilian starred. “He was the best. As a born Madridista, it’s a thorn in my side that the club didn’t sign and seal him because Neymar could have become the Messi of Madrid, the foreign kid who appears under the radar, then spends 10 years as a first-team fixture … and legend.”

Yet just a couple of years later, Neymar was still the guy Perez absolutely believed he had locked in to join, believed genuinely was his answer to the Catalans’ No. 10. Barca President Sandro Rosell, eventually at great cost to him and his presidency, was slick enough to lever himself and his club between Neymar, Santos and Real Madrid.

Madrid’s plans were in tatters. The genius had slipped through their hands.

While Neymar played with Lionel Messi and Luis Suarez, he rubbed a salt mine in Perez’s wounds: a treble, a domestic double, a Club World Cup, four Clasico victories over Los Blancos, including two at the Santiago Bernabeu when Barcelona, with the quixotic Brazilian on the score sheet, hit eight goals.

Two things happened from the moment Neymar abandoned the idea of joining Madrid.

First, Perez threw huge resources into finding Neymar Mk II. It’s those benefits that he and his club are just starting to reap. Madrid’s furious president augmented his club’s Brazilian scouting, he employed specialists in ensuring that deals were closed efficiently, and he set aside €100 million in transfer fees and commissions.

Second, he pawed and tugged away at the Neymar situation. Could Madrid trump Paris Saint-Germain, who were investing a world-record sum in paying the buyout clause in Neymar’s Barcelona contract? The decision was no. Not with the double risk that a) Neymar would opt for PSG anyway or b) Cristiano Ronaldo, then occupying the left touchline for Madrid and cutting inside just as Neymar had a strategic predilection to do, wouldn’t tolerate his arrival.

The impetus of suffering such fury and pain in the Neymar situation stimulated Madrid to buy both Vinicius and Rodrygo. Rodrygo remains on loan to his parent club, Santos, but Vinicius is a different story.

It’s hugely to Los Blancos‘ credit that they had him scouted, assessed, signed and announced to the world almost a month before he started a league match for Flamengo. Once bitten (Neymar), twice shy (Vinicius).

No matter how gifted the hero of our story was at that stage, he was nevertheless 16, tactically naive, yet to score a senior goal and South American rather than European — a significant cultural difference in terms of sporting development. Plus, his cost was an all-time Brazilian record. This was a proper risk — a calculated, interesting, exciting, understandable risk but a risk nonetheless.

At the time, Madrid didn’t envisage him joining their ranks — either as a junior squad member or perhaps with Castilla, their youth team — until this summer. He was left in Rio on loan. That’s how raw they believed their prodigy was. It was realistic of them, you’d have to say.

This 18-year-old kid, who’s in the earliest stages of his development, is far from a complete panacea for the European champions’ chaotic situation. That would be like telling someone hopelessly lost in the hot Sahara desert that just because he has stumbled upon a cold beer, he doesn’t actually need GPS, a tent for shade, a camel to get him to safety or a few litres of water to survive the journey. Metaphorically speaking, Madrid are still in search of all those tools to engineer them back in the right direction.

But, boy, the beer slides down joyfully in the moment. And perhaps it’s a sign that things are about to pick up?

Vinicius is not only very gifted in terms of his balance, pace, ball control and daring. He’s also significantly ahead of his actual age in terms of peripheral vision, in-match decision-making and physical power.

Is Vinicius raw? Yes. Is he likely to hit a dip in form at a certain stage because his situation is massively new, demanding and turbulent for an 18-year-old? Of course. However, we seem to be watching a young footballer who is not only decorated with physical and technical gifts but also whose football brain works with the same wit as his feet. That’s rare and significant, particularly at his junior age.

It’s hugely exciting, at a time when an outright phenomenon such as Ousmane Dembele is already lighting up La Liga, to discover that Vinicius’ development is significantly further along than could reasonably have been expected for someone Madrid discarded into their B-team when he arrived — and kept there until their sporting chaos dictated otherwise.

For Madrid, this looks very much like that time good gamblers recognise after a night at the green baize tables: When you’re ahead, walk away — pause, think, count your profits.

Perez’s second tactic — to try to lever Neymar out of PSG last summer — has been part of the mess they’re in right now. And it’s time he gave it up.

Admittedly, last spring it seemed feasible that financial fair play might require PSG to sell one of their biggest playing assets. The word was that, in such a situation, Neymar could just … maybe … be persuaded to pass up the delights of playing away games at acknowledged world football powers Dijon and Amiens.

However, with Ronaldo leaving the building and slamming the door behind him, their immediate goal supply in question and PSG neither forced nor willing to sell, Real Madrid were left scrambling to re-sign Mariano at the end of the transfer market. This, remember, is the same striker Lyon president Jean-Michel Aulas alleges Perez had told him a mere week earlier wasn’t the footballer Los Blancos actually required.

Whether Neymar stays at PSG next season or agitates for a move, it seems crystal clear that he still has a yearning for the Camp Nou and that his former Barcelona teammates would welcome him back with open arms.

Even if they somehow produced a successful move to sign Neymar, Madrid would potentially suffer the danger of their fans — and Los Blancos‘ players — treating the Brazilian as someone who is there because his other plans didn’t work out. That’s dangerous.

Vinicius isn’t Neymar. There’s no need to make direct playing comparisons. But the younger Brazilian offers Real Madrid — and particularly their president — a chance to embrace life without their debilitating Neymar obsession.

Also, there’s a third Brazilian in this equation, equally talented but at the other end of his Real Madrid tenure, especially at a time when his club is trying to punch its way out of crisis. When Perez and Madrid were on a break for a couple of years, the canny duo of president Ramon Calderon and football director Pedja Mijatovic signed Marcelo in 2007.

In skill, thrills, character, trophies and general enjoyment, the guy who learned his skills on Botafogo beach in Rio has paid Madrid back about a million times over for that purchase. Even in the era of Roberto Carlos, Cafu and Dani Alves, Marcelo has been an utterly exceptional, thrilling, anarchic talent who makes football beautiful and matches worth watching.

But for the longest time, he has been given leave to discard the bits of his profession he doesn’t like: diet, intensity of training, athleticism, defensive duties, positional sense and team responsibilities. “I’ll produce another piece of genius skill in a minute, don’t worry,” has gone from being quaint to outright anomalous.

Marcelo had his fingerprints firmly on the vast majority of Madrid’s beautiful, inspiring and, frankly, astonishing moments since he joined 11 years ago. But he has also become a significant part of their degeneration.

On the basis that a leopard won’t ever change his spots, I’m afraid it is either time for Marcelo to prove he’s a Phoenix and rise from the ashes of his defensive and athletic indiscipline or time for Madrid to make this his swan-song season. 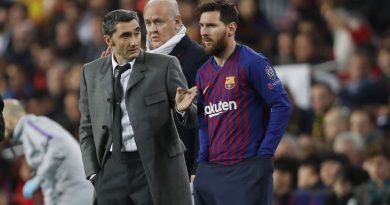 Messi absence from Barcelona vs. Sevilla for good of the team – Valverde

Jan 26, 2019 ayman022 Comments Off on Messi absence from Barcelona vs. Sevilla for good of the team – Valverde 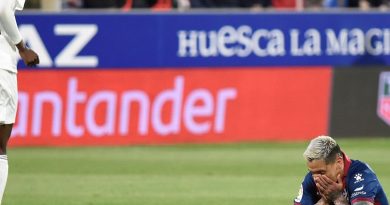 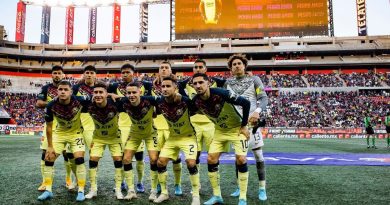