Real Madrid captain Sergio Ramos appeared to criticise former coach Jose Mourinho while praising Zinedine Zidane’s achievements as both a player and a coach following the 2-1 victory at Bayern Munich in the first leg of their Champions League semifinal.

The two-time defending champions are now closing in on a possible fourth Champions League in five seasons, although just a few weeks ago, some around the Bernabeu were questioning Zidane’s future following an embarrassing Copa del Rey exit at home to Leganes and amid Barcelona’s dominance of La Liga.

But Ramos said Zidane had known very well how to handle the criticism that came with his job, recalling that only one coach had seemed strangely untouchable during his time in the job.

“The Madrid coach always has to live with criticism,” Ramos told reporters after the game. “They must know how to live with that. I have been here many years, in the first seven or eight I did not win even one Champions League, and there were coaches who there was not a word said against.

“I take my hat off to Zidane, for his management and his CV as both a player and a coach. He knows how to make the tough decisions, and we are all very happy to have him guiding our boat.”

Madrid went more than a decade waiting for their 10th European Cup, with a team including many current players falling in the semifinals in each of Mourinho’s three seasons in charge.

The closest they were to a final during that time was a defeat to Bayern in the semifinals in 2012-13, when Ramos missed a crucial penalty in the shootout.

Mourinho has always defended his record over what were three turbulent years at the Bernabeu that included a serious falling-out with Ramos and Iker Casillas, the dressing room leaders, toward the end.

Club president Florentino Perez even spoke of how he had “returned the club to their rightful place” among the European elite two years after Mourinho had left.

Carlo Ancelotti replaced Mourinho in 2013-14 and, with Zidane as his assistant, won the Champions League at the end of his first campaign.

Since taking over as coach from Rafa Benitez in January 2016, Zidane has ended both seasons lifting the Champions League trophy. 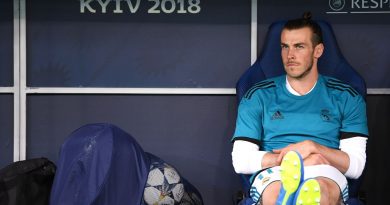 Gab Marcotti provides the latest on Bale to Man United

Jun 3, 2018 ayman022 Comments Off on Gab Marcotti provides the latest on Bale to Man United 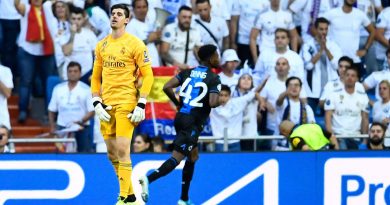 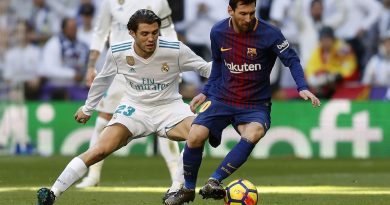 May 5, 2018 ayman022 Comments Off on Real Madrid’s European quest keeps this decaffeinated Clasico full of intrigue