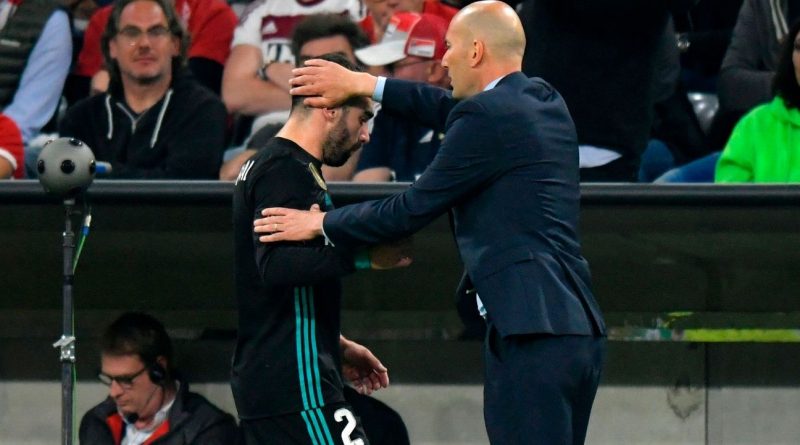 Real Madrid coach Zinedine Zidane has a “brain-teaser” to decide on his Champions League final team from a fully-fit squad, defender Dani Carvajal has said.

Cristiano Ronaldo returned from an ankle injury to score in Saturday’s 2-2 La Liga draw at Villarreal, and Gareth Bale had his fifth goal in four starts.

Right-back Carvajal proved his fitness by coming through the 90 minutes following a hamstring problem, and told AS that he and his teammates were prepared for the challenge posed by Liverpool in Kiev, Ukraine.

“I felt very good — I am ready for next week, physically at peak like the rest of the team,” he said.

“We are all ready, so the boss will have a brain-teaser picking the team.”

In the last two seasons Zidane has used the final La Liga game to test out the team for the Champions League final.

But asked whether Bale starting ahead of Karim Benzema offered a clue about Kiev, Carvajal said Zidane liked to keep his players guessing.

“The boss never gives anything away,” he said. “It is an obsession of his to keep us all on our toes.”

Isco also started, while wingers Lucas Vazquez and Marcos Asensio played key roles against Paris Saint-Germain, Juventus and Bayern Munich, while Mateo Kovacic has also been used on occasion as an extra midfielder.

Defender Raphael Varane said having so many options was a big advantage.

“The good thing is this team can play with different shapes and we have good players to change things during the game,” he added. “The important thing is for us all to be ready and focused.”

Goalkeeper Luca Zidane was given a La Liga debut by his father after spending the season as third choice behind Keylor Navas and Kiko Casilla, but is unlikely to feature in the final.

“When I play I am Luca, not Zidane,” the 20-year-old told reporters after a performance in which he could do little about the two goals his team conceded.

“He told me the day before, to enjoy the moment. I am proud to have played with the best in the world. I’d have to see [the Villarreal goals] again — I tried to do as well as possible.” 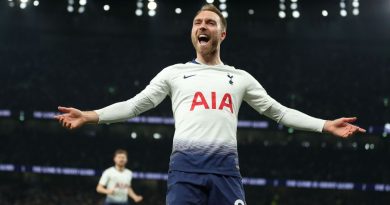 May 1, 2019 ayman022 Comments Off on LIVE Transfer Talk Do Real Madrid already have Eriksen lined up? 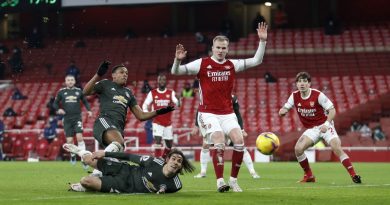 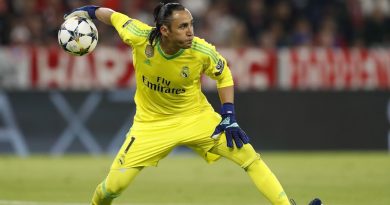