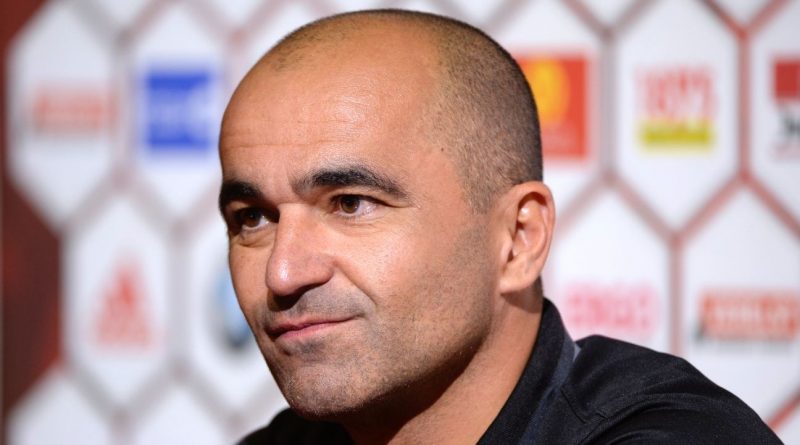 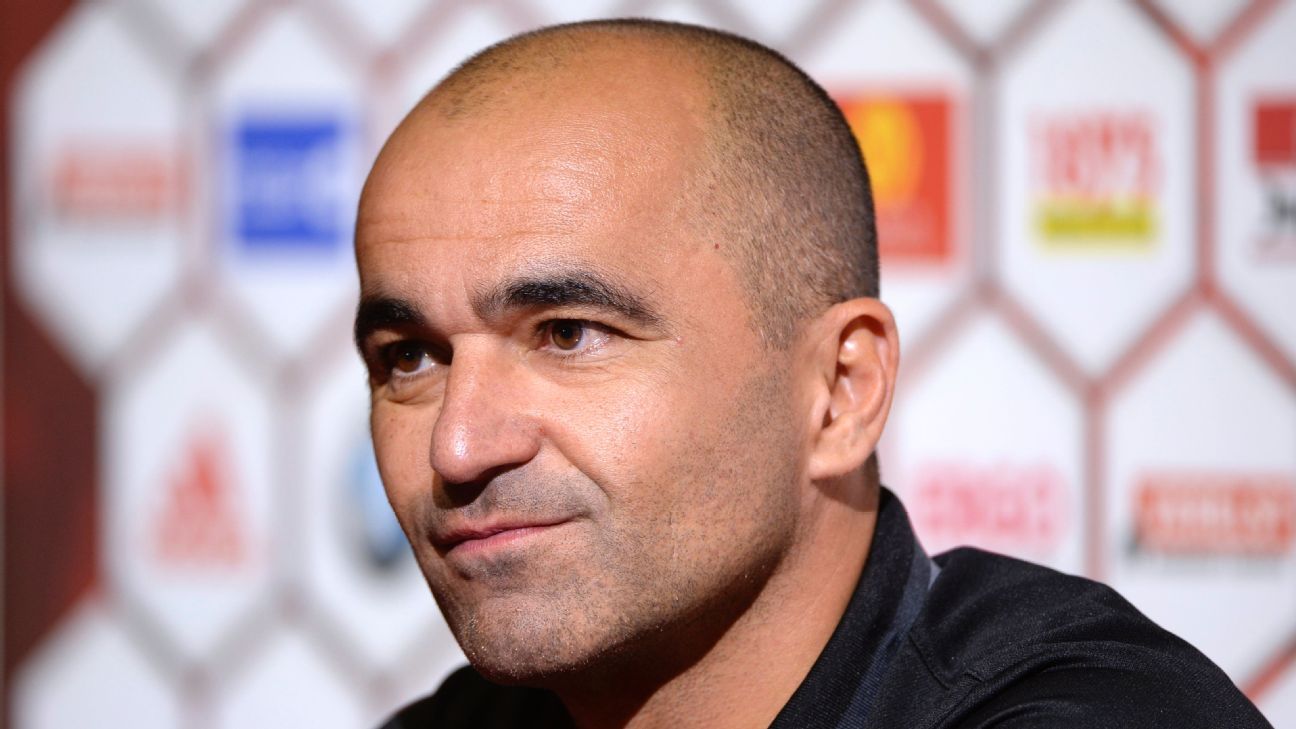 LONDON — Of all the teams that have never lifted a World Cup, Belgium look best placed to win their first in Russia. The country boasts a golden generation of players, led by Kevin De Bruyne and Eden Hazard. Their main rival in the first-round group is England, which happens to be the country where Belgium’s coach Roberto Martinez has spent almost his entire career in football.

Martinez managed Swansea, Wigan and Everton before moving to Belgium in 2016 to take over the Red Devils. He lives just outside Brussels in the town of Waterloo, the site of one of Britain’s greatest military victories. In the lounge of a London hotel, the Catalan told ESPN FC what Belgium could achieve in Russia.

Q. You’ve said you were attracted to coaching Belgium by your curiosity about their players. What made you curious?

A. The fascinating thing about Belgian players is that I managed three different players in the Premier League — Kevin Mirallas, Romelu Lukaku, Marouane Fellaini — and all three were very different, not just as players but as human beings. Then you are facing players like [Jan] Vertonghen, [Toby] Alderweireld, [Vincent] Kompany, [Thibaut] Courtois, Hazard, De Bruyne — the list goes on — and you’re thinking, well, the diversity in this group is phenomenal.

And all that in a population of 11 million. There’s a story behind it. That was the curiosity.

It’s a nation between three national languages. The majority of young kids now are speaking Flemish, French, and English. When you speak different languages, it makes you aware that things can be done in many different ways. I think they are more suited to travel and adapt because of that. Spanish people, we need to travel in order to understand that there is another way to live or think than how we do in Spain.

It’s similar in the UK. When I was managing in the Premier League, you knew you could sign a Belgian and he would adapt to your dressing room straight away, no problem with language, no problem with awareness, no problem with desire to become important in the group. They are very aware that the game doesn’t revolve around you.

Q. How have you found working with this team?

A. I’ve been satisfied and surprised how much they enjoy being with each other. Maybe the fact that they all play abroad, coming together is almost a good opportunity to get an old feeling. This is a group that has been playing a long time together. You could go back to 2008 and the Olympic Games in Beijing, and going through two big tournaments, becoming the No. 1 [ranked] team in the world, now becoming the first European team to qualify for the World Cup. These little nice stories allow them to keep progressing.

Since the first friendly against Spain [which Belgium lost, in September 2016], I think we’ve been unbeaten in 16. If we could become a team, with all the individuals that we have, it’s going to be really enjoyable to watch what we can achieve.

Q. What have you tried to add to the team?

A. Like any nation that wants to do something important in a major tournament, you need to be able to face adversity. We must become a team that can suffer, when it’s needed to be a winning team rather than a good team.

Normally, the team that deserves to win a league wins the league. In cup competition like World Cups, it doesn’t happen like that. It’s the one [team] that was ready at the right moment to take the opportunity. The mental side is probably the most important aspect in a World Cup.

Q. Why is Kevin De Bruyne never as good for Belgium as for Manchester City?

A. I don’t think that’s fair. Kevin has had incredible moments with the national team. But I don’t think you can make a comparison. You play 60, 65 games at club level, and you work on synchronization and on this, that and the other.

Q. Maybe it’s a more general problem with World Cups. The football there is never as good as the best club teams.

A. Yeah. And it’s normal. At club level you have between 50 and 60 training sessions in preseason. Then you play 38 games and you become good by practicing and understanding and anticipating things. Then you almost play without thinking.

In the World Cup, it’s different. It’s a team that is working together for 10 games. And you’ve got the whole nation behind you, and with the pressure that we all feel that we have at club level, nothing compares to playing for your nation. It’s just more meaningful. There’s no margin for error. The introduction to football for all of us was with a memory of a World Cup. The only good thing is that the opposition has the same problems. It would be very unfair if you were playing club teams against nations.

Q. You face England in your group. Have you ever watched England in a tournament hoping they would win?

A. Always. I lived 21 years in Spain, 21 in England, and two in Belgium, so I’m quite split in the middle. My managerial career has been all in the British game until the last two years. You get great satisfaction when you see a young player like John Stones that you give their debut in the Premier League [at Everton], and they end up playing for England.

Q. So you feel an affection for English football?

A. I feel part of it. My daughter is English, she was born here. She’s got no second thoughts about who she’s going to support in the World Cup.

I think it’s fascinating that England and Belgium are facing each other in the World Cup, because most of these players share a dressing room. I think we share a little bit of the concerns that England could have, because in the English game there is no stop for 10 months. I think the Premier League needs to find a way to get a break in the winter.

I’ve been travelling all over Europe, and when you meet players in other leagues they almost feel refreshed because they had a break. They can divide the season into two blocks, they can see the family. Whereas in the British game when you reach February and March, you don’t really know where you are. You don’t see the light at the end of the tunnel.

I think physically the players, they’re all in great moments of their careers and more or less can get through it. Mental fatigue is very different. That’s an area we need to try to give them almost the perfect opportunity to refresh from the season, and go to the World Cup with enough freshness to perform in what is the most demanding football tournament in the world.

Q. How have England developed since Euro 2016?

A. I think St. George’s Park [the national football centre, which opened in 2012] brought a real reference for English football. All of a sudden you could share and discuss things at coaching level, to give that unification of all the teams. Now you see the under-17s winning, the U20s winning.

Gareth Southgate [England’s manager] has been a big part of that. He’s played his role with the U21s. That’s allowed him to get extra information about certain players, who have been promoted to the senior team. I think he’s got that natural feel of bringing people together.

Attacking players come through the ranks now in English development, and good defenders. I think they’re still a little bit behind on creating No. 6s. I think it’s because English academies want midfielders who can do everything — an all-rounder who can play and defend. In other countries, straight away they get the role of a defensive midfielder, and then you have the playmaker.

In the British game, probably they have the best structure for youngsters from nine to 18, but then probably the worst for 19 to 21, or the adaptation to the first team. Their games program is not challenging enough for the U23s.

Spain never sat down to make it happen, they found it by accident, but young players play in the B teams [of big clubs] in the Second Division. That’s probably the test that allows you to become a footballer or not. They haven’t got that in the UK.

A. But the degree of luck is huge. Normally clubs look after their own interests and the interests of the player need to be second to that, so you rely a lot on finding the right environment and being lucky with it.

Q. What do you expect from the other teams in your group, Panama and Tunisia?

A. England and ourselves are going into games that everyone expects us to win. That’s a very dangerous role. Panama knocked the USA out of the World Cup [qualification]. They believe they can achieve things that have never been achieved in Panamanian football before. They are aggressive and well-disciplined in their defensive duties, but they’ve got enough talent to attack and hurt you.

Tunisia are the outstanding footballing team of Africa, very well-organised. Wahbi Khazri is the player that can bring something out of nothing.

These two nations are going to be able to enjoy their role in the World Cup and become national heroes.

Q. What are Belgium’s expectations for Russia?

A. World Cups don’t respect any generations. What they respect is what you do in those three games that we’ve earned the right to have, and then the right to grow in the tournament and see how far we can go. France, Germany, Brazil, Argentina, Spain — the modern winners — have an advantage, because it’s almost like they can show the present players how to approach a World Cup.

Q. Why would it matter to today’s Belgian players that Belgium has never won a World Cup?

A. It does, because it’s almost as if you’re going to the unknown. The first man that runs the mile in a certain time, someone else thinks “I can do the same.” There needs to be some sort of inspiration. In football, it happens when your nation achieves something that you think that you can replicate. Otherwise, it becomes a bit abstract.

Simon Kuper is a contributor to ESPN FC and co-author, with Stefan Szymanski, of Soccernomics. 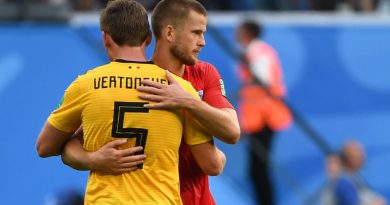 What can Belgium & England take away from Russia? 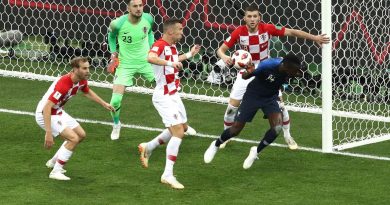 VAR at the World Cup: A timeline of the tournament