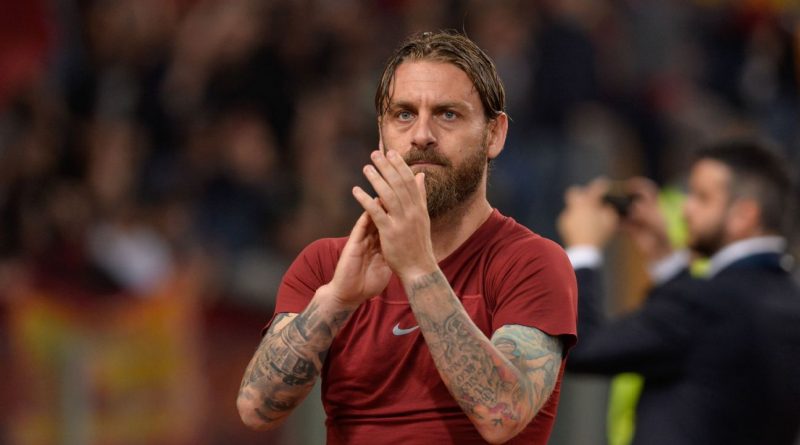 When Roma win at the Stadio Olimpico, Antonello Venditti’s Grazie Roma booms out of the sound system. Wednesday’s 4-2 victory against Liverpool ultimately wasn’t enough to reach the Champions League final in Kiev. But the song captured the mood perfectly.

Roma had come close, turning the reverse fixture almost on its head. They even had people saying: “Roma couldn’t, could they?” albeit for a brief moment. The possibility of another Romantada flickered only for the Giallorossi to fall a goal short of extra time. That’s no small achievement when you recall Roma were 5-0 down in the 80th minute of the first leg.

The Stadio Olimpico broke out in applause at the final whistle. The ultras stayed back and sang their adaptation of “Don’t Take Me Home”. A show of gratitude, love and affection for a quite unexpected Champions League run, the deepest this club has experienced in 34 years.

The crowd could still be heard in the mixed zone when Roma’s chairman and co-owner James Pallotta expressed his grievances with the officiating, calling it “really embarrassing” and “just an absolute joke.” Roma sporting director Monchi said it was “time for Italian football to speak up” and make itself heard, following the line taken by Juventus chairman Andrea Agnelli after the Old Lady’s elimination in the quarter-finals. “I don’t understand why there is no VAR in the biggest competition there is in Europe,” Monchi complained.

To be clear, Roma’s problem was not with Liverpool. Both Pallotta and Monchi congratulated the Reds on reaching the final, describing them as a “great team.” Their issue was instead with the standard of refereeing in a Champions League semi-final. It wasn’t good enough. Liverpool’s third goal at Anfield was offside and Roma should have had a couple of penalties at the Olimpico. Loris Karius took out Edin Dzeko only to be spared by the linesman who wrongly put his flag up for offside. Then Damir Skomina missed a goal-saving Trent Alexander-Arnold handball in the area.

The Liverpool goalkeeper wouldn’t have been sent off under the new rules. Triple punishment has rightly been abolished by IFAB. But you can understand Pallotta’s exasperation at the error. Had the penalty been given Roma would have had the chance to go 3-2 up with 25 minutes to go, needing two unanswered goals to force extra time. All of a sudden things could have got very nervy for Liverpool. Now, VAR isn’t perfect. “Mistakes are still made,” Monchi acknowledged, “but there are a lot less of them… We have the numbers to show the world VAR is better for everyone.”

Of 1,566 decisions taken in Serie A this season, 94 have been corrected with only 16-18 mistakes. That’s 1.1 percent. The average time taken in the worst case scenario, when a referee makes a clear and obvious error, needs an on field review and remedies a decision, is one minute and 22 seconds. Hardly a lifetime, is it? Not when the stakes are so high.

Reaching and winning the final would not only have been a dream for Roma, it would have been worth another €16 million. By the same token Liverpool are entitled to counter that VAR would likely have led to Sadio Mane being given a penalty in the first half and the one against them at the end being overruled. But the point still stands. Skomina had a shocker.

One man with some sympathy for the ref was Daniele De Rossi. Roma’s captain was incredibly gracious in elimination. De Rossi saw Alexander-Arnold’s handball but noticed no one else put their hand up or shouted: “Penalty.” He doubted himself for a split second and asked Dzeko, his nearest teammate, if the Liverpool full-back had actually handled it. The Bosnian didn’t think so. “It made me realise it wasn’t easy for the ref to see,” De Rossi said. In real-time he thought the decision to flag Dzeko offside was the right one too.

His manager Eusebio Di Francesco wasn’t making excuses either. True, Skomina made some costly mistakes. But Di Francesco was big enough to admit his side did too. Radja Nainggolan set up Liverpool’s first goal and the visitors’ second arrived from the same situation as their fifth at Anfield: a corner kick. “Details make the difference in games like these,” Di Francesco said. He didn’t see what difference it would have made to protest Skomina’s decisions. It would have been a waste of time. Time that could have been spent scoring goals.

That, in itself, is a telling insight into Di Francesco’s character and the mentality he is seeking to instill at Roma. Other teams would have been resigned to their fate at 5-0 down and opted to go into damage limitation. But Roma came through the other side and made something of it. The same happened on Wednesday. Rather than get demoralised at twice falling behind, Roma dusted themselves off and came back to win. Aside from the blackout suffered between the 28th and 68th minutes at Anfield, they can have no regrets.

It’s been an extraordinary European campaign for the Giallorossi. There have been some magic moments. Alisson’s saves against Atletico Madrid. Dzeko’s volley at Stamford Bridge. Bruno Peres’ big toe in Kharkiv against Shakhtar Donetsk. Kostas Manolas’ header against Barcelona and Pallotta’s Anita Ekberg-esque fountain plunge. Di Francesco deserves a lot of credit. He caught a lot of flak last week, but as Monchi put it, Roma would not be in the semi-finals were it not for the boldness of his decisions and courage of his convictions.

If you need someone to get your team punching above its weight, Di Franceso is your guy. We saw it with Sassuolo. We’re seeing it again with Roma. This is a club sandwiched between Zenit St Petersburg and Borussia Monchengladbach in the Deloitte Money League. They’re 24th and make less than half of what Liverpool do. And yet somehow Roma contrived to reach the final four of the Champions League, doing it with a wage bill (£80m) close to the fee the Reds paid for Virgil van Dijk in January. No one expected them to get out of a group with Chelsea and Atletico Madrid, let alone top it. The 3-3 draw at Stamford Bridge, when Roma came back from 2-0 down to lead 3-2, was Roma’s best performance away from home in Europe in ages. The comeback against Barcelona was simply legendary.

Nights like that are attracting new commercial partners. Roma now have a shirt sponsor for the first time in five years. They should also capture the imagination of recruitment targets too. It’s vital Roma build on this campaign. Everyone at the club is very ambitious. “Roma need to start thinking about making the semi-finals of the Champions League every three years, not every 30,” De Rossi said. Expectations have been raised and managing them will not be easy. The aforementioned financial constraints remain and fans have to maintain a sense of realism and perspective. For now though the pride is immense.

All that’s left to say is Grazie Roma. 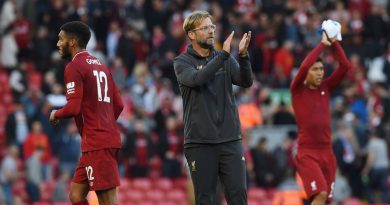 Sep 1, 2018 ayman022 Comments Off on Liverpool ‘already out’ of Champions League if they think about difficult draw – Jurgen Klopp 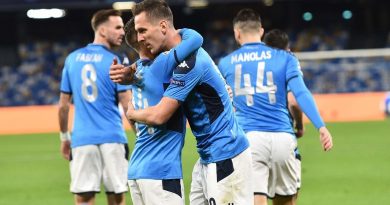 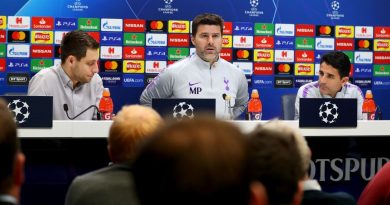 Tottenham’s season is like House of Cards – Mauricio Pochettino

Nov 6, 2018 ayman022 Comments Off on Tottenham’s season is like House of Cards – Mauricio Pochettino