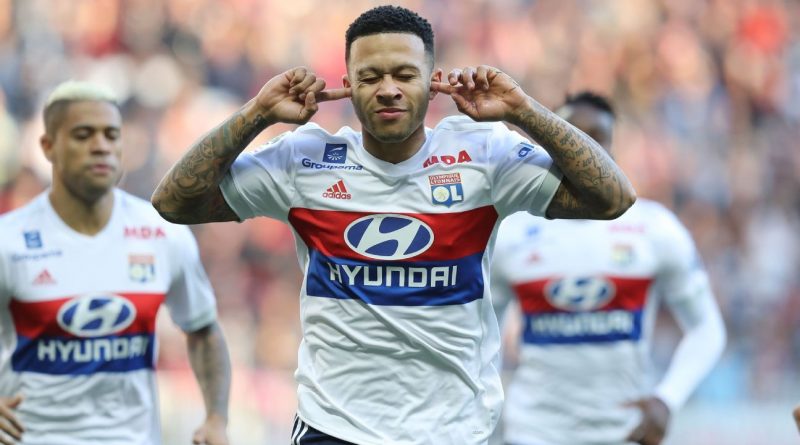 Scouting spotlight looks at Memphis Depay’s reformation, a target on Chelsea and Manchester United’s radar and a striker with a chequered past.

Widely regarded as a flop at Manchester United, Depay has rebuilt his career in France, playing a leading role in Lyon’s Champions League qualification this season.

An inverted winger who causes constant danger down the left, it was Depay’s impressive technical ability that persuaded Louis van Gaal to include him in Netherlands’ 2014 World Cup squad and then take him to Old Trafford for £24 million a year later.

The youngster’s big move came on the back of a 22-goal season in the Eredivisie as he fired PSV Eindhoven to their first title in seven years. But despite high hopes at United, he failed to make the step up, often trying to do everything himself in the final third.

Depay still has a tendency for trickery and sublime pieces of skill, but at Lyon he has married those qualities with a cutting edge in attack.

His close control, direct runs and incisive passing have all been key to a rampant campaign in which Bruno Genesio’s side finished as second-highest scorers behind Paris Saint-Germain.

With his powerful shooting ability from range, Depay has claimed 19 goals in Ligue 1 this year, with six of those efforts coming from outside the box.

Combined with 13 assists, he has contributed an identical return to Neymar, starting eight more matches than the Brazilian.

Now 24, the Dutchman appears to be coming of age, and there is a sense that he thrives on being the star in an exciting young team.

With Lyon in danger of missing out on the Champions League on the final day, Depay underlined his impact with a stunning hat-trick to see off a stubborn Nice side 3-2.

AC Milan have been linked with a £25m swoop in the summer, but Lyon will put up a fight to keep their talisman.

United have retained a buyback option, with Jose Mourinho perhaps worried that Depay will follow the path of Mohamed Salah and Kevin De Bruyne in undermining his previous judgement.

After missing the first half of the season through injury, Anderson has been in and out of the Lazio team since returning in December. Following years of speculation, this could be the summer that he finally leaves for a new challenge.

An unpredictable attacking midfielder who can play across the pitch behind a main striker, Anderson is usually deployed on the right of Lazio’s forward line.

His greatest strengths lie in his dribbling skill and burst of acceleration, luring defenders towards the ball and then using his quick feet to drive past them down the wing.

The 25-year-old has remarkable vision to spot his teammates’ runs, delivering dangerous crosses into the box with either foot.

He sticks to his defensive duties when out of possession, but can be viewed as a capricious talent who needs certainty in his role and responsibilities.

Anderson struggled to hold down a regular place since returning from the serious knee injury he suffered in preseason, having to watch from the bench as Luis Alberto pulled the strings in Lazio’s attack.

Despite his setbacks, the Brazilian finished the campaign with eight goals and ten assists in 32 appearances, starting only 15 matches in all competitions.

Anderson scored a wonderful goal in Lazio’s tempestuous Champions League showdown with Inter on Sunday, but ended on the losing side as Inter fought back to book their place in next year’s competition.

The Blues could launch a £20m bid for the playmaker as a potential replacement for Willian, who has been strongly linked with a switch to Old Trafford.

Rebic struggled to adapt after leaving Croatian side RNK Split for Fiorentina in 2013, but has gradually proved his quality at Eintracht Frankfurt. On Sunday he helped the Eagles win the German Cup, scoring twice against Bayern Munich in the final.

A powerful, bustling forward who is always on the move in the final third, Rebic has been compared to Croatia legend Alen Boksic in his homeland.

He is not as prolific as the former Lazio and Middlesbrough attacker, in part due to his regular deployment in a wide role, but can exhibit remarkable composure in front of goal.

Rebic is a confident dribbler, possessing the strength and acceleration to beat his opponent.

He is diligent in tracking back to cover defensively, but can lose his cool at times, picking up nine yellow cards this season and walking a fine line with the officials.

Rebic was Frankfurt’s hero of the hour in the German Cup final, scoring twice to see off Bayern Munich 3-1.

After robbing the ball from James Rodriguez in midfield, the 24-year-old opened the scoring when he raced on to Kevin Prince-Boateng’s measured pass to fire low into the corner.

Rebic then claimed Frankfurt’s crucial second goal with eight minutes to go, scampering after a long clearance before calmly lofting the ball over Sven Ulreich.

It was a performance to show what the striker is capable of, as he looks to improve on his return of nine strikes and two assists in 24 starts.

Rebic was strongly linked to Tottenham before joining Fiorentina in 2013, while Huddersfield tracked the Croatia international before their debut Premier League campaign.

Rebic possesses all the attributes to be a hit in the Premier League, but he appears settled at Frankfurt after initially arriving on loan last season. 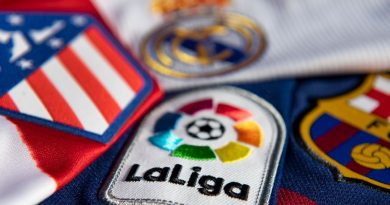 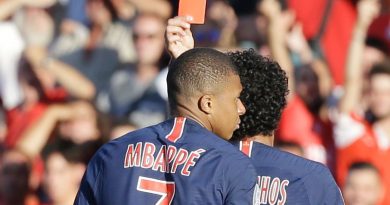 Sep 5, 2018 ayman022 Comments Off on PSG’s Kylian Mbappe given three-game suspension for red card vs Nimes