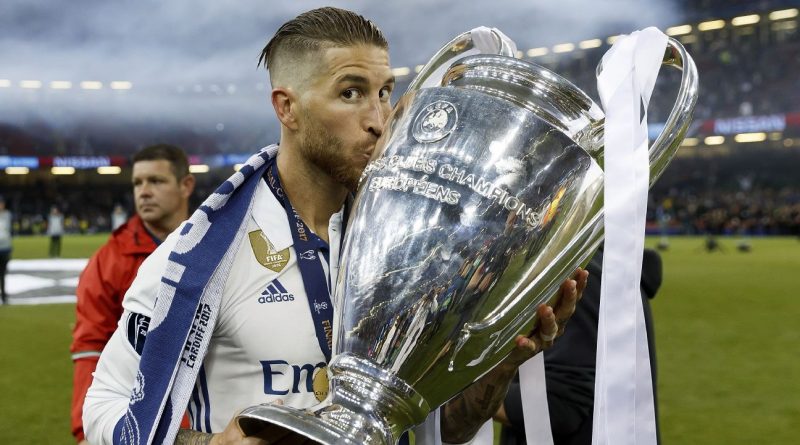 I’m not being cheeky or doubting you, but you do know Sergio Ramos’ red-card record, don’t you? The infamous story about Real Madrid’s captain and how many times he gets sent off, yes?

No. Wait! Not the one about how another expulsion would land him squarely on a quarter-century of orderings-off for Los Blancos. That’s an entirely different side to Madrid’s belligerent captain. I mean, instead, the one where this combative, all-or-nothing, hell-for-leather centre-half/hero/hooligan has actually scored twice as many goals in European club semifinals and finals as he has seen red cards in his entire UEFA career?

That’s right. This bull of a man, who some people probably believe has a hyphenated surname (Sergio Ramos-SentOff) has only been red-carded three times in over 120 UEFA matches for Sevilla and Real Madrid. It’s almost angelic and sits in truly stark comparison to his all-time record for Los Blancos, which shows that nobody in the history of top-level Spanish club football has been sent off more often.

Twenty-four dismissals (and counting) is his slightly embarrassing “landmark.” But the massive disparity between Ramos the “restrained European” and Ramos “Spain is my fiefdom and I’ll act exactly as I wish” is still greater once you examine more closely.

Of his three Champions League red cards, one was simply for following Jose Mourinho’s streetwise instructions. Ramos and Xabi Alonso deliberately got themselves sent off for time-wasting second bookings in the final moments of a win against Ajax in 2010, so that they’d have a lesser chance of suspension in the knockout rounds. Subtract that ordering off, which admittedly caused one heck of a row at the time, and Ramos actually has three times more goals in UEFA semis and finals than he has European red cards.

These are remarkable stats in so many ways. The most obvious, of course, is that Saturday’s Champions League final will be Ramos’ fourth and he has yet to taste defeat. Yet it presents Real Madrid’s captain with not just a test of football, but the ultimate test of judgement and restraint.

Let’s not beat about the bush here: The prospect of Marcelo suddenly deciding to prioritise defending or positional discipline is as likely as Cristiano Ronaldo voting for Lionel Messi in the Ballon d’Or. And while Liverpool’s strengths do not begin and end with Mohamed Salah — the Egyptian is far from the only the principal Red menace — he plays down their right. Right where Marcelo should be, but won’t.

Now, it’s a nuance missed by many that although Ramos is firmly right-footed (he won Euro 2008 and World Cup 2010 at right back) he prefers to play left-sided centre-back for Madrid. This puts him right in the danger zone that will be clearly marked on the Kiev pitch with the words, “Oh bloody hell, where’s Marcelo? Wait… here comes Salah at a hundred miles per hour!”

Even at 32 years old, this athlete from Andalusia, may well be able to match the brilliant Egyptian partly because Ramos is a terrific footballer, partly via his encyclopedia of experience and partly because Madrid’s captain is notably streetwise. However the last thing he wants to see is Salah with the ball at his feet, careering towards him at pace. Because this is the split-second moment when a defender has to commit. The position in which Ramos will undoubtedly find himself, whether to “jockey” the player and try to herd him into a space where he doesn’t want to go, or lunge into a tackle and risk yellow or red — this is the nightmare scenario for most defenders.

Madrid haven’t lost a knockout European final since 1983 in Gothenburg, when Aberdeen defeated them 2-1 in the Cup Winners Cup showpiece. Zinedine Zidane’s team isn’t simply favoured to win this because they’ve lifted the last two trophies consecutively, either. There’s something about this club that, like Popeye and spinach or the Incredible Hulk and anger, swells to a furious extra degree of power and determination in UEFA finals. They react. They punch above their weight.

But in the hypothetical situation where Marcelo’s wanderlust leaves Ramos in an all-or-nothing, lunging challenge on Salah, causing a red card, wouldn’t you then bet on Liverpool’s remarkable pace and verve winning the night against 10 men?

Back to Ramos’ scoring record just for the moment, though. If you take every member of each squad in Kiev, only five guys (Ronaldo, Karim Benzema, Gareth Bale, Sadio Mane and Salah) have more European goals than Ramos, who has notched 13 of them. Five guys and one of them is named Mo. Nice. It’s a pretty sensational record for a team that has always possessed scorers galore and where two of his defensive partners, Marcelo and Dani Carvajal, already play rampaging football up each wing.

In other words, Ramos’ goals shouldn’t really be needed. His task should be world-class defending, but you will know, I’m certain, that Ramos tends not to score “decorative” goals. He’s Mr. Big Time.

Who does he think he is? The phrase “cometh the hour, cometh the man” was originally “cometh the 90th minute, cometh the Sergio Ramos” until whoever first wrote it decided that this wouldn’t be sufficiently high-brow. However it remains a fact that Ramos has headed home stoppage-time equalisers in both the European Supercup and the Champions League finals, and also popped up with Madrid’s only goal in the 1-1 draw (that ultimately led to penalties) in the Milan final two years ago.

It was Ramos who humbled Pep Guardiola’s Bayern in the 2014 semifinal with two remarkable net-bulging headers in the space of four mad minutes in Munich to end the tie at 3-0 up for Carlo Ancelotti and Madrid despite there being well over an hour left to play.

His 88th-minute goal against (Jurgen Klopp’s) Borussia Dortmund in the 2013 semifinal put Los Blancos within one goal of reaching the Wembley final. Ramos is, in effect, a vain boast made fact, which is partly why I admire and like him so very much.

The shock and distaste among the staid institutions of the Madrid-fawning media when this brash kid signed from Sevilla, and immediately announced that he expected to make history with Europe’s most vaunted club, was reminiscent of how John Gielgud’s character in “Chariots of Fire” abhorred the advance of culturally different athletes and professional coaches.

By September of Ramos’ first season with Madrid, he’d been sent off twice and he told El Mundo: “My teammates are teasing me for being red-carded so often in a short space of time but I’m far from being a player known for this kind of thing.

“I’ve told them that my aim is to achieve the same kind of numbers that Fernando Hierro and Raul did for this club.”

This young, ambitious kid was given the locker right next to a guy by the name of Zidane, then in what would be his final season of club or international football. At the time I recall Ramos saying: “It’s an honour and a privilege for me to be next to Zizou, a legend who can teach me so much and who’s made life at a new club so much easier for me.”

Now here we are, 12 years later, with that cocky kid having captained Madrid to more Champions League wins than either Raul or Hierro, scored in the same number of finals as Madrid’s second-top scorer, Raul — and, unlike either of his “heroes,” both a World Cup and European Championship winner. Zidane, the player, taught him something all right.

The counterpoint, of course, has been Ramos’ 22 subsequent red cards, one of which was incurred at the end of Zidane’s final playing season in the 3-3 home draw with Villarreal when his now-manager bid farewell to the Santiago Bernabeu. At least until joining Ancelotti’s coaching staff and going on to win multiple Champions League trophies.

So while club glory is all important this weekend, and certainly all that matters to hard-headed Ramos, something more ethereal is on the line against Liverpool. Should Madrid’s captain steer his team to victory, he’ll possess more Champions League medals than either Hierro or Raul and would be within two trophy lifts of the mythical Madrid winger, Francisco “Paco” Gento, with six.

This might be the time to remind you that Ramos, the “hero” of this story — anti-hero, if your preference in life is Liverpool, Atletico or Barcelona — has faced Salah before.

It was nearly two-and-a-half years ago when Madrid eliminated Roma from the Champions League. The aggregate score may have been 4-0, but the second leg in Madrid saw Salah’s Rome rip through Liverpool’s opponents this weekend. Back then, a Zidane-coached team featuring eight of the Madrid players I believe will start in Kiev, was torn apart time and again, only for Salah to do what so frustrates current Roma owner, James Pallotta: miss the kind of chances he thrashes home for Liverpool. Had the Egyptian scored with the relish he does now then, Zidane’s current run of two straight Champions League wins would have been over before it started.

So, readers, there’s just one hard conclusion. This is the final in which Ramos must, for a change, dedicate himself to defending unless another case of scoring in absolute extremis presents itself. Not unless it’s the fading minutes with Liverpool leading should Madrid’s rampaging captain … go rampaging. If he can contain himself, and by association contain Salah, Roberto Firmino and Mane, then he and his Madrid compadres will make all-time Champions League history, and Ramos will overtake all of those at whose achievements he once tilted.

The fundamental element of it will be, at all costs, neither adding to his extravagant all-competition red-card record for Madrid, nor his respectable (by contrast) sending-off record in the Champions League.

Red against the Reds for Ramos means “green for go” for Liverpool. It’s that simple. 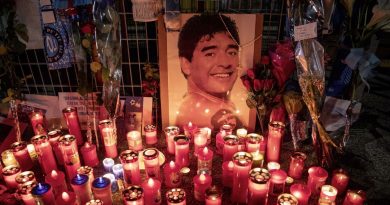 May 20, 2021 ayman022 Comments Off on Seven medical professionals charged with homicide 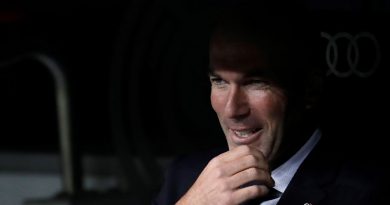 Real Madrid to slip up at Galatasaray in Champions League? Ajax to beat Chelsea?

Oct 21, 2019 ayman022 Comments Off on Real Madrid to slip up at Galatasaray in Champions League? Ajax to beat Chelsea? 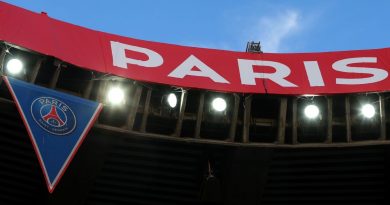