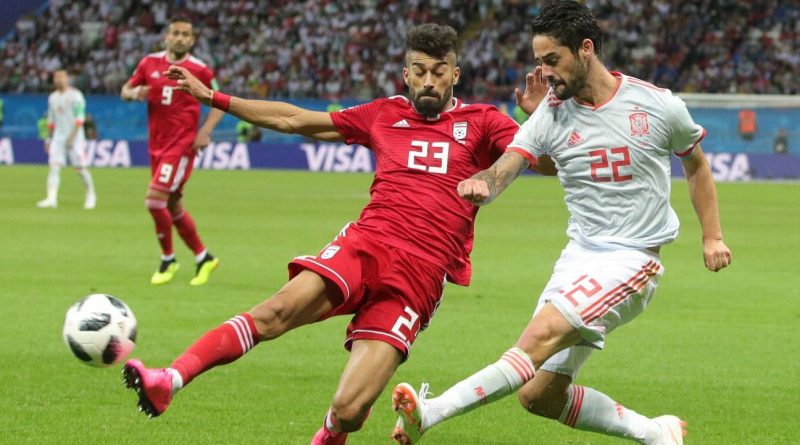 Spain put in their second mixed-bag performance of the World Cup, needing Diego Costa’s fortunate goal to beat an Iran side that defended superbly and came close to getting a late equaliser.

La Roja were their usual composed selves in possession but were frustrated by Carlos Queiroz’s well-organised defence through the opening 45 minutes, with over 80 percent of possession bringing just one shot on target. The goal soon after the break should really have freed Fernando Hierro’s team to properly impose themselves, but instead they continued to create very few chances and rode their luck at times at the back.

The three points gained is the biggest positive, for sure: Spain really needed to win after drawing against Portugal in their World Cup opener. Costa again showed that he can find a way to score, while Isco is one of the creative stars of the tournament so far. Furthermore, no yellow cards keeps them ahead of Portugal at the top of the group on fair play record.

Iran’s defensive setup was hardly a surprise but Hierro’s side appeared to have no set idea of how they were going to get through. And the defence that conceded three times against Portugal was stretched quite easily again when Iran decided to come out and attack.

6 — Hierro’s big selection decision was to start Real Madrid winger Lucas Vazquez, and it did not work. He resisted what was surely a temptation to change things at half-time, instead sending his team out at a higher pace to soon bring about the breakthrough. Faith in Costa as Spain’s No. 9, despite reported reservations among some of his squad, is continuing to pay off.

GK David De Gea, 6 — Barely involved besides a let off when beaten by Saeid Ezatolahi’s close-range effort, only for the VAR to confirm an offside in the buildup. He still looks short on confidence following a recent run of mistakes and stayed glued to his line until a late, very important punch clear.

DF Dani Carvajal, 6 — Starting his first game of any kind since the May 26 Champions League final, Carvajal looked sharp from the off and proved his fitness, although he was rarely involved going forward.

DF Gerard Pique, 5 — Twice came close to marking his 100th cap with a goal from well-worked corners, but again looked less than secure at the back and was nutmegged in buildup to excellent Iran chance late on.

DF Sergio Ramos, 6 — Regularly attempted to switch play with long balls to the wings, although without too much effect. Captain of a back four that so far lacks the solidity of past successful Spain tournaments.

DF Jordi Alba, 6 — Not as incisive as in the opener, Alba struggled to get around the back of the deep-lying Iranian defence.

MF Sergio Busquets, 5 — Drew a decent save from Iran keeper Ali Beiranvand just after half-time but again struggled in his primary role at the back of midfield when Iran threatened to break.

MF David Silva, 6 — Playing deeper in midfield than in the opener, Silva still got forward to have Spain’s best chance of the first 45, though his shot was deflected out for a corner. Not having the impact on general play he would have hoped for.

MF Andres Iniesta, 6 — Among the Spain players who struggled to find a way through the massed ranks, although he did play the clever ball through to Costa that led to the opener.

FW Lucas Vazquez 5, — Instead of stretching Iran wide, Lucas instead found himself too often sucked into the centre where he kept losing the ball. Unsurprisingly replaced by Madrid teammate Marco Asensio late on.

FW Diego Costa, 6 — His only impact in first half was a clash with Beiranvand as he struggled to link with the players behind him. But his unique ability to unsettle a defence led to the ball ricocheting to net off his knee for the only goal, which counted as his third of the tournament.

FW Isco, 8 — Easily Spain’s brightest player over the 90 minutes, always looking to move the ball forward and opened up space with a couple of beautifully disguised passes opening up space that his teammates could not exploit.

MF Koke, 6 — Replaced Iniesta midway through the second half, providing some more structure to midfield as Hierro looked to protect the 1-0 lead.

FW Rodrigo Moreno, NR — Brought on with no time to make an impact. 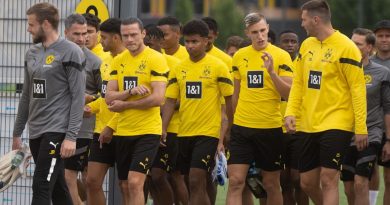 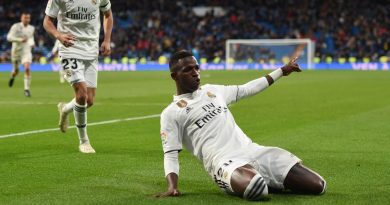 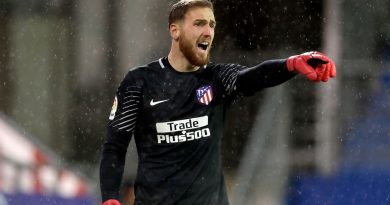