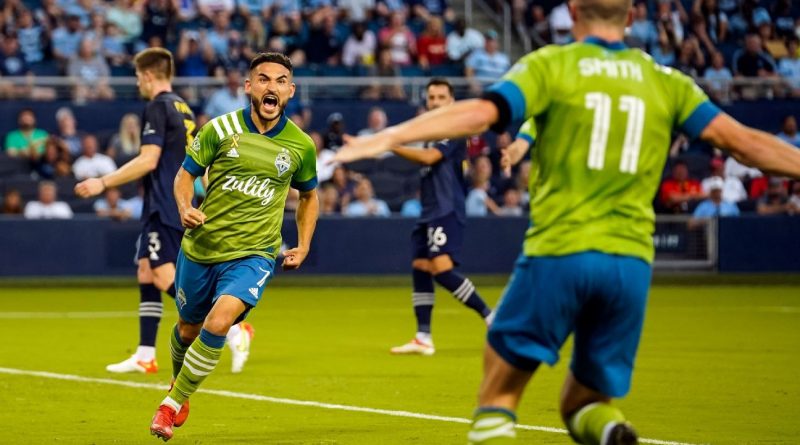 Cristian Roldan and Will Bruin scored as the Seattle Sounders regained the top spot in the Western Conference with a 2-1 victory Sunday night against host Sporting Kansas City.

Goalkeeper Stefan Frei was credited with two saves as the Sounders moved two points ahead of Sporting KC. Seattle, which has a game in hand, snapped a six-game winless drought in Kansas City that dated to 2013.

Johnny Russell scored for Kansas City, pulling the hosts within 2-1 in the 60th minute. Although SKC dominated possession in the final half hour, they were unable to come up with the equalizer.

Roldan scored in the 31st minute to give the Sounders, who were coming off a 3-2 loss to Club Leon in the Leagues Cup final on Wednesday, a 1-0 halftime lead. Brad Smith‘s cross from the left wing found Roldan unmarked in the center of the penalty area and his powerful first-time shot from 15 yards out went off goalkeeper Tim Melia‘s left hand before trickling into the bottom right corner of the net.

Bruin made it 2-0 in the 55th minute after a Kansas City turnover deep in its own end of the field. Raul Ruidiaz intercepted Graham Zusi‘s pass at the top of the 18-yard box and dribbled his way between three defenders before trying to lob the ball over Melia. Instead, the ball deflected high into the air toward Bruin, who put a header from 10 yards into the side netting, just inside the right post.

Sporting KC finally got on the board three minutes later, as a free kick from 30 yards out was headed away from the center of the penalty area by Sounders defender Nouhou Tolo but fell directly to Russell at the top right of the six-yard box, whose shot snuck between Frei and the near post. 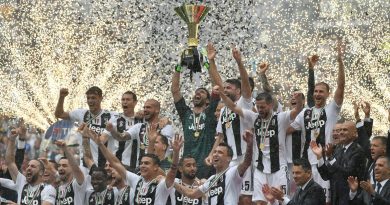 May 19, 2018 ayman022 Comments Off on Buffon lifts Serie A trophy after final Juve match

Coming Out Day – 17 LGBTQ+ athletes share their coming out journeys 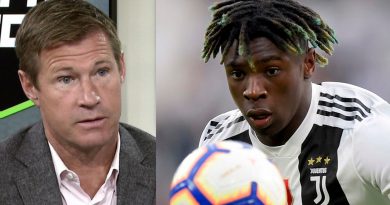 Jul 10, 2019 ayman022 Comments Off on McBride wants Everton to sign a standout striker