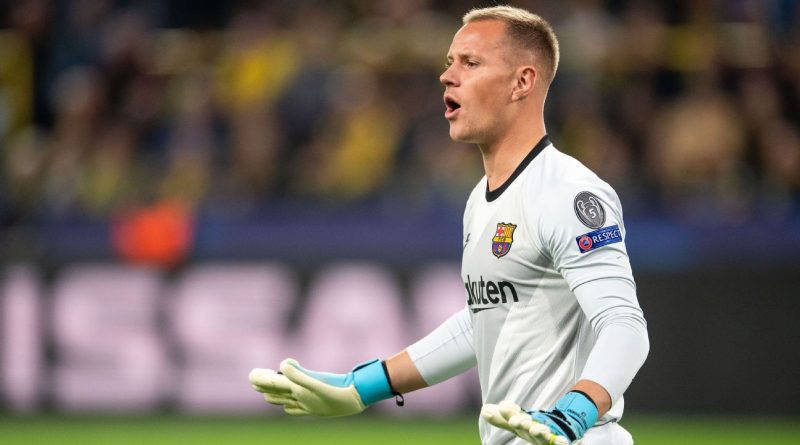 DORTMUND, Germany — On the face of it, Barcelona got off lightly by emerging from Signal Iduna Park with a 0-0 draw in their Champions League Group F opener against Borussia Dortmund.

First of all, Ernesto Valverde’s team did not suffer the same fate as European champions Liverpool, or Europa League winners Chelsea, by making a losing start to their group campaign. Barca also drew a line under their 4-0 semifinal second-leg mauling at the hands of Liverpool last season by surviving a second-half onslaught from Lucien Favre’s Dortmund to emerge with a clean sheet and a point — a point earned by goalkeeper Marc-Andre ter Stegen‘s penalty save from Marco Reus.

But this is a Barcelona team that is under incredible pressure to make amends for two humiliating Champions League exits, against Liverpool and Roma, in the past two seasons, and the reality of this result in Germany is that the doubts over their credentials remain as large as ever. They may have drawn, but Barcelona have now won just one of their past eight Champions League away games — at Manchester United in last season’s quarterfinal — and they rarely looked like winning this one.

“We had to suffer a lot, especially after the break when we lost control and they were very dangerous,” Valverde said. “We have to thank Marc-Andre ter Stegen for his outstanding saves. We know we have to improve away from home.”

With Lionel Messi starting the game on the substitutes’ bench due to a calf injury, we saw just how big of a hole the Argentine forward leaves in the side when he is not available. Messi doesn’t miss too many games when it matters, but if the first-half performance against Dortmund was a glimpse into a future when he can no longer be relied upon to create magic for Barca, it did not provide a pretty picture.

But even when Messi is fit and firing, as he was in both those defeats in Rome and Liverpool, Barcelona still have their frailties and they were exposed time after time by Dortmund. The home side created 14 clear-cut chances, including Reus’ missed penalty and a Julian Brandt strike that rattled the crossbar in the closing stages.

But for the heroics of Ter Stegen, Barcelona could have been heading home to Catalonia on the back of another heavy away defeat, so it would be foolish to regard the 0-0 scoreline as a true reflection of the game. Barca rode their luck — and every top team has to do that now and then — but when Valverde reviews the tape of this game, he will be confronted by a number of problems that must be addressed if he is to deliver the club’s first European Cup since 2015.

Up front, Messi will always offer a threat, but Luis Suarez, at 32, is heavier and slower than during his peak years and is a declining force in the Champions League. Ansu Fati, the 16-year-old sensation, will need time to find his feet at this level, while we are still waiting for former Dortmund forward Ousmane Dembele to find form at the Nou Camp. And as for Antoine Griezmann, the €120 million summer signing from Atletico Madrid, he struggled to make an impact against Dortmund and time will tell how he performs when Messi returns to the starting lineup.

Midfield is another issue for Valverde. Arthur sprays a nice pass from side to side, but offers little penetration, while the axis of Sergio Busquets and summer signing Frenkie de Jong is still settling down. Against Dortmund, there was not enough drive from midfield, a lack of box-to-box energy and the Germans capitalised by overpowering Barca in the second half.

Barcelona’s biggest problem, however, is at the back, where Gerard Pique is now becoming a liability against forwards with pace and movement. On two occasions, the 32-year-old’s lack of mobility saw him exposed in dangerous positions on the edge of the Barcelona penalty area: first, when he was caught in possession by Reus in the first half, and then on 54 minutes, when a clumsy foul on Achraf Hakimi led to a free kick, which was wasted by the hosts.

Clement Lenglet is a solid, but unspectacular centre-half, and he does not give Barcelona the protection they need with Pique beginning to show frayed edges. When faced with pace — and Dortmund had plenty — Pique and Lenglet were caught out repeatedly and cut open just as Liverpool did to them in last season’s semifinal.

On this occasion, largely thanks to Ter Stegen, the Spanish champions survived, but you cannot win a Champions League with an unreliable defence. That shortcoming has been Barcelona’s undoing in the past two seasons, but it also accounted for the Champions League hopes of Manchester City, Real Madrid and Ajax last term.

Liverpool had their own defensive flaws during the group stage of last season’s campaign, but they ironed them out in time for the knockout stages. Barcelona must now do the same, regardless of this opening day clean sheet against Dortmund.

Clearly, it would be premature to dismiss Barcelona’s chances after just one game, but make no mistake, they have problems to solve. They cannot expect to win the competition by riding their luck all way to the final in Istanbul next May.

Jan 8, 2019 ayman022 Comments Off on Barcelona agree to sign Jean-Clair Todibo on free transfer from Toulouse

Bayern eye Koulibaly to set up dream duo with Upamecano

Mar 2, 2021 ayman022 Comments Off on Bayern eye Koulibaly to set up dream duo with Upamecano 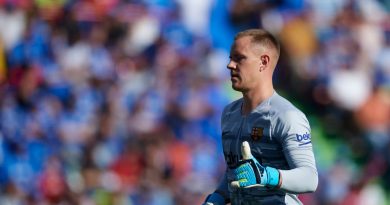