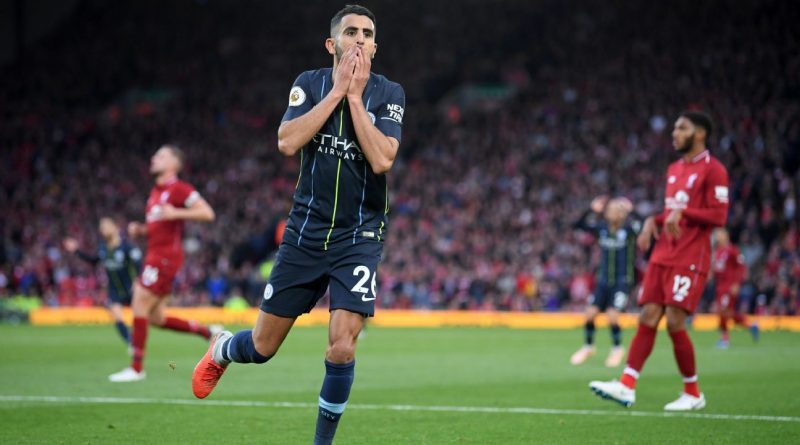 For all the attempts to summarise the Premier League title race in a single moment, there have been so many key moments that none of them can be considered truly decisive.

What is clear, however, is that this has been the most enthralling Premier League title race in many years, packed full of potentially crucial incidents — and perhaps some lucky bounces to come.

ESPN’s Luck Index showed that Liverpool were the Premier League’s unluckiest team in the 2017-18 season, missing out on 12 points over the course of the campaign. Will they suffer a similar fate this term?

Here are five of the most memorable moments of fortune for the two title rivals so far this season:

The first meeting between the two title contenders this season, Manchester City and Liverpool, was an entirely forgettable affair, with both sides seemingly fatigued after midweek Champions League trips. There was only one decent attempt at goal before half-time, and in the second half, both sides seemed content with a draw, preserving their unbeaten records.

The most prominent player was Riyad Mahrez, starting on the right for City and offering a greater attacking threat than the other wide forwards put together. Twice he threatened Liverpool when running in behind the defence and shooting from tight angles.

Then, with the game seemingly meandering to a stalemate, Manchester City hit a long ball in behind for Leroy Sane to run onto. Virgil van Dijk, the most reliable defender in the Premier League this season, raced across, uncharacteristically threw himself into a sliding tackle that poleaxed the German and handed City a chance to land the first serious blow of the title race.

Mahrez, who had driven City forward in the second half, insisted on taking the penalty, but it was a dreadful spot kick blasted way over the bar. It was his fifth miss from his past eight Premier League penalties, though Pep Guardiola afterward protested that he wasn’t aware of Mahrez’s poor record from the spot.

Either way, it meant that if Liverpool win the league by three points or fewer this season, Mahrez — City’s only major signing last summer — might be considered the fall guy.

Merseyside derbies are typically tense, tight and full of bookings. This one was open, technical and full of chances. Liverpool enjoyed the lion’s share of the goal-scoring opportunities, with substitute Divock Origi coming closest when he hit the post after Van Dijk flicked on a corner.

That same combination provided the breakthrough, albeit in bizarre, unthinkable circumstances in the 96th minute. With Liverpool piling everyone forward for a Trent Alexander-Arnold free kick from the halfway line, Everton had cleared the danger. The ball dropped to Van Dijk, who, from the edge of the box, attempted a spectacular volley. He got it badly wrong, slicing the ball hopelessly up into the air. He looked at the sky, then jogged back toward his goal.

Instead, he reached backward but couldn’t stop the ball bouncing off the bar once, then twice, before dropping perfectly for Origi — like all good strikers, sensing the lucky break — to nod home from a yard out. It was his first Premier League appearance in more than a year. Jurgen Klopp was on the pitch, and Liverpool kept the gap to Manchester City at just two points.

Manchester City have dropped points in only six matches this season — and three of them came in a four-game spell in December, when they lost away at Chelsea and Leicester, as well as at home to Crystal Palace.

It was the Palace defeat that was most surprising. City previously boasted a 100 percent record at the Etihad, and while Roy Hodgson’s side offer a counterattacking threat and equalised to make it 1-1 through Jeffrey Schlupp’s breakaway goal from the left, City still seemed in control.

Then, as Bernardo Silva half-cleared a set piece into a position of safety, Andros Townsend responded with the most remarkable shot of the Premier League campaign — an arrowed, left-footed volley that flew past Ederson’s dive. It produced a unique sound from around the Etihad: not simply Palace fans celebrating but also City fans gasping.

City didn’t recover. Palace extended their lead from the penalty spot — after Kyle Walker fouled Max Meyer, directly stemming from Townsend heading onto the post. Kevin De Bruyne‘s cross-shot floated all the way in to make it 3-2, but City had lost three points. They still seemed shell-shocked when they visited Leicester on Boxing Day, lost 2-1 and found themselves seven points back at the midway point of the 2018-19 campaign.

You can’t really call it a “title decider” when the game takes place in the first week of the calendar year, but if Liverpool had travelled to Manchester City and won, they would have found themselves 10 points clear of Guardiola’s side — a huge advantage at any point in the season and probably an insurmountable margin.

Liverpool probably should have won. After a quiet opening to the game, Liverpool nearly went ahead twice within the space of five seconds after a brilliant passing move. Mohamed Salah drifted inside from the right, played a one-two with Roberto Firmino and slipped the ball in behind to Sadio Mane, who hit the post.

As the ball rebounded back into play, it dropped fortunately for City — between John Stones and Ederson. Unfortunately, both attempted to play the ball: Ederson was desperately scrambling back and attempting to dive onto the ball, and Stones tried to thump it up the pitch. In the confusion, Stones smashed the ball against the diving Ederson, sending the ball looping toward City’s goal. Stones, amazingly, managed to recover and complete a last-ditch goal-line clearance that prevented Salah from turning the ball over the line. Salah appealed for the goal, but goal-line technology revealed that it was 11 millimetres from being a goal.

From there, City scored against the run of play through Sergio Aguero, and while Firmino equalised by rounding off a brilliant move, City were superior at 1-1, and Sane’s drive into the far corner won the game. City moved to within four points of Liverpool, but for 11 millimetres, that margin might well have been 10.

Liverpool dominated the opening period of their clash against Tottenham Hotspur, going ahead via Firmino’s header. But they failed to make their period of dominance count for more and were unable to put the game out of Tottenham’s reach.

Spurs equalised through Lucas Moura and then looked the more likely side to win the game. Liverpool were tiring, and Klopp opened the game by introducing Origi for Jordan Henderson, essentially going 4-2-4. With Joel Matip being dragged around and turned too easily by Harry Kane, Van Dijk was often left to deal with Spurs runners by himself.

The classic example came in the final 10 minutes. Kane came short toward the ball, bringing Matip up the pitch before whipping one of his trademark passes around the corner for Son Heung-min, who was supported by Moussa Sissoko. It was two against one. The problem was the “one” was Van Dijk.

Van Dijk played the situation expertly, cutting off the passing angle to Son, the more dangerous shooter who can strike with both feet, while showing Sissoko, desperately trying to take the ball with his right foot, onto his weaker left. It was Sissoko who had won the ball on the edge of his own box 10 seconds beforehand, and his finish was the mark not just of a player uncomfortable in front of goal but also of a player who was exhausted, having sprinted 80 yards in 10 seconds, 85 minutes into a high-tempo game.

Five minutes later, Liverpool had gone ahead with another late goal, courtesy of Salah’s header, Hugo Lloris‘ error and Toby Alderweireld‘s misfortune. But it will be Sissoko’s miss — or Van Dijk’s defending — that lives longer in the memory. 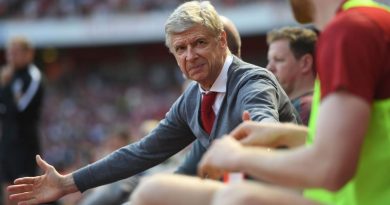 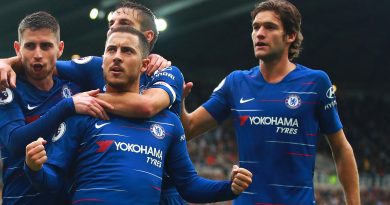 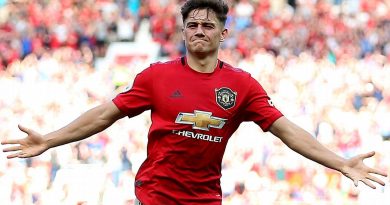