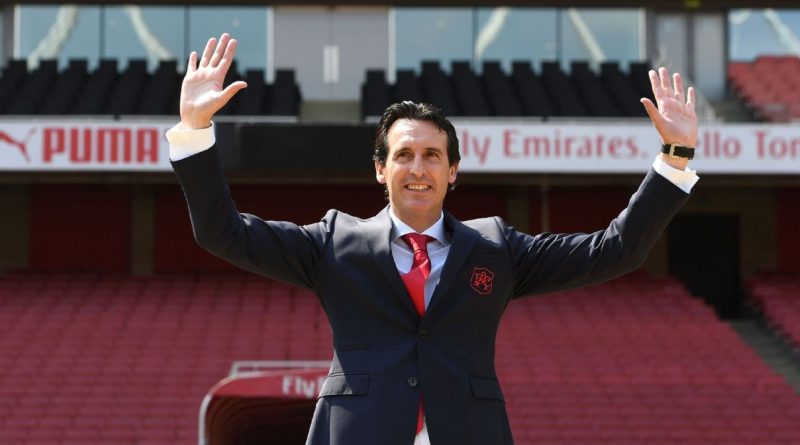 As Ivan Gazidis sat alongside new Arsenal head coach Unai Emery at his first news conference, the club’s chief executive explained the thinking behind the appointment and was careful not to criticise the previous regime.

“I don’t say that,” he stressed when asked if the club’s management had been placed too firmly in the hands of one individual — Arsene Wenger — in the past. “I’m not looking backwards. We’re doing it in a new way but you’re never going to hear me be critical of what’s gone before.”

At the same time Gazidis did not exactly wax lyrical about the past and the overwhelming sense was that, while nobody would dispute Wenger’s remarkable contribution to the club and the wider game, the club had finally been able to assemble the key building block in a structure they had been preparing for some time.

In some ways, Arsenal’s embracing of a “European” model sees them catch their rivals; in others it might put them ahead of the game. The tension between traditional management structures (where one person takes total control of football matters, like Wenger) and a more atomised approach where specialists are responsible for their own individual areas pertaining to the team, is hardly new.

English football has traditionally been reluctant to move away from the idea of a totemic, sole decision maker who spreads himself across all areas and receives credit or blame for the results. As the sport has become both more global and more complex there have been plenty of attempts to diverge from that modus operandi, with mixed results.

Arsenal’s commitment to a different path, though, suggests the sea change at the top has gathered speed.

Only 12 months before Wenger’s departure, his colleague Dick Law — a long-term ally who essentially worked as the club’s chief transfer negotiator — held court at a conference in Brazil. Law described Arsenal’s structure of the time as the “outlier model” and pointed out that it was “perhaps the most successful management model in football.”

Wenger’s success was one case in point; another, famously, was the gilded Sir Alex Ferguson era at Manchester United. Around the same time as Law’s comments, Wenger was digging his heels in, saying: “As long as I’m manager of Arsenal football club, I will decide what happens on the technical front.”

When Raul Sanllehi (from Barcelona) and Sven Mislintat (from Borussia Dortmund) were appointed last season as head of football relations and head of recruitment respectively, it was clear that would no longer be the case.

Top-level football is now so complex, so nuanced, so micro-analysed to the most infinitesimal of details, that performance risks being hindered if labour is not divided correctly. Some of Arsenal’s rivals in the top six have a similar idea: Pep Guardiola is head coach at Manchester City, working under director of football Txiki Begiristain, while Antonio Conte has the same (for now) at Chelsea. Mauricio Pochettino, Jose Mourinho and Jurgen Klopp are all officially “manager” although nobody would suggest any of them work with the autonomy of Wenger or Ferguson.

Arsenal is not the only place where a more stratified setup has caused tensions. At Chelsea, Conte has been vocally frustrated at his lack of influence over transfer policy — “I’m a bit of a disaster to convince the club to buy players” was one memorable turn of phrase last season — and it is one of the key issues that will surely cost him his job in the near future.

The “big loss” (as Conte called it) of technical director Michael Emenalo earlier in the season has not helped his dealings with the board — he had never been at ease with the setup but Emenalo had been a valuable conduit.

Notably, neither Wenger nor Conte can be described as the type of domineering, old-school, “proper football man” that comes to mind when mustering up an image of the traditional English “gaffer” figure. They are products of an era when things were simpler but both have always been receptive to new ideas and innovation. The sticking point has been how much of that they get to carry out for themselves.

In reality, every club’s setup is slightly different — whatever the job titles say. Pochettino sits on a four-man transfer committee with among others, his chairman Daniel Levy at Tottenham. He has, at the same time, just signed a new five-year contract that implicitly hands him more power and influence than he has held since arriving at the club.

Nobody would describe Pochettino or Tottenham’s methods as old-fashioned or dated; structural change is important to tackle modern football’s demands but good relationships, as evident in Conte’s case too, are especially important regardless of specified roles.

That will be the case for Arsenal and Emery but the overhaul Gazidis has overseen has the advantage of being able to carry on regardless of who is coaching the team. That will, presumably, work to their benefit when a new generation of coaches who have been primed for the specifics of the role pass through in future years.

“We’ve spent a lot of time building to this moment,” Gazidis said in the Emirates Stadium press conference room. “Building up the capabilities of the club, facilities, medical, analytics, scouting, recruitment. We are working in a different way to the past, more of a team effort.”

There is a certain irony to this given that the cult of the manager has received so much ramped-up coverage in recent seasons: the battle for the Champions League spots is invariably boiled down to Pochettino vs. Klopp vs. Conte vs. Mourinho vs. Wenger, and their various personalities, for example.

Their roles remain indispensable but as Arsenal go down a new path it feels like a big moment in the Premier League’s journey too. 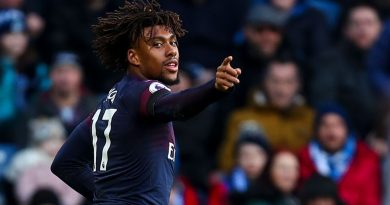 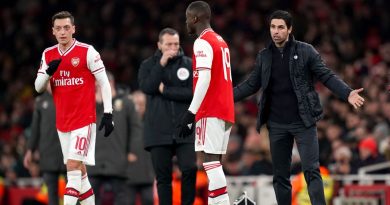 Lacazette – Arteta ‘shouted a lot’ during half-time of Leeds win

Jan 7, 2020 ayman022 Comments Off on Lacazette – Arteta ‘shouted a lot’ during half-time of Leeds win 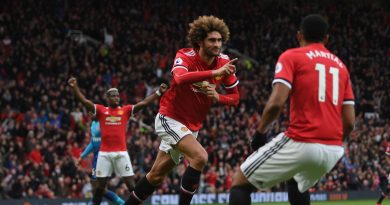