Paris Saint-Germain youngster Adli is well-known to new Arsenal boss Unai Emery following their time together in the French capital and looks set for a move to north London, according to Paris United. Adli is an attacking midfielder who can play through the middle or on the right, and has represented France at under-16, 17 and 18 level.

The Dutch left-back had a fine season for Crystal Palace, playing 32 times and fighting off competition from Jeffrey Schlupp for a regular full-back berth. However, Everton are looking to bolster their defensive options this summer under new boss Marco Silva. The Merseysiders were keen on Van Aanholt before and according to the Daily Mail, will resume their interest this summer.

Arnautovic had a slow to start to life at West Ham after moving from Stoke City last summer but eventually came to the fore, scoring 12 goals in 20 Premier League games. The Austrian worked under Manchester United boss Jose Mourinho at Inter Milam but the pair did not always see eye-to-eye, with Mourinho criticising the forward’s attitude. However, according to the Daily Mail he watched Arnautovic in action for Austria against Russia on Wednesday evening.

Liverpool are on the lookout for a new goalkeeper following Loris Karius’ Champions League final horror show and Roma’s Alisson has long been a target. However, Liverpool face competition as the Brazilian is interesting Chelsea as a possible replacement for Thibaut Courtois. That’s where Barcelona and Netherlands keeper Cillessen could come in. According to El Mundo Deportivo he wants regular football after backing up Marc-Andre ter Stegen.

Lewandowski could leave Bayern Munich this summer and has long been a Real Madrid target. However, with Chelsea believed to be willing to listen to offers for Alvaro Morata, they are in the hunt for a forward to lead the attack. Lewandowski’s agent Pini Zahavi says his client is keen to leave Bayern this summer and according to the Daily Mirror, Chelsea could make a move. 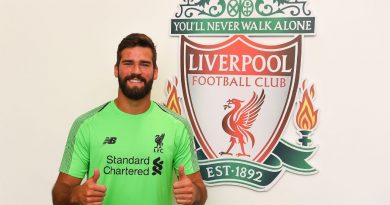 Messi, Barcelona love story has turned sour. Can they work it out without going to court?

Sep 1, 2020 ayman022 Comments Off on Messi, Barcelona love story has turned sour. Can they work it out without going to court?