The summer transfer window is racing toward the Sept. 1 deadline, and there’s plenty of gossip swirling about who’s moving where. Transfer Talk brings you all the latest buzz on rumours, comings, goings and, of course, done deals!

With Manchester United close to finalising a deal for Antony, Ajax Amsterdam are targeting Chelsea winger Hakim Ziyech to replace the Brazilian, according to the Daily Mail.

Ziyech left the Amsterdam club to join Chelsea in 2020 but has since struggled to carve out a place in Thomas Tuchel’s team.

This has only worsened since Raheem Sterling joined the Blues, and the Moroccan has been linked with a move away various times throughout this transfer window. He also faces competition from the likes of Mason Mount, Kai Havertz, Christian Pulisic and Callum Hudson-Odoi for minutes.

Considering 26 minutes off the bench in the 3-0 loss against Leeds United is all the time Ziyech has been afforded this season, it is likely Ajax wouldn’t have to spend close to the £38 million they received two years ago.

Antony, 22, is reportedly desperate to reunite with former Ajax boss Erik ten Hag at Old Trafford and sources have told ESPN that the Eredivisie club have now accepted a €95m offer with another €5m in add-ons.

The Sao Paulo youth product was left out of Ajax’s matchday squad to face Utrecht on Sunday, it seems as though things could develop quickly as the transfer deadline nears.

– Juventus have so far been unable to reach an agreement with Paris Saint-Germain for Leandro Paredes and have identified Aston Villa‘s Douglas Luiz as a back-up option, reports Sky Sports Italia. There could also be a trio of departures in Turin, with Arthur wanted by clubs in the Premier League, Ligue 1 and Portuguese Liga, Nicolo Rovella set to join Monza on loan and plenty of requests coming in for the loan of Nicolo Fagioli.

– Stade Rennais are hoping to sign Lens midfielder Seko Fofana before the transfer deadline, reports L’Equipe. Lens are adamant they don’t want Fofana to leave and that it will take a massive offer for them to consider a move, while the midfielder has admitted that he has options.

– Fabrizio Romano has reported that Lyon attacking midfielder Lucas Paqueta has completed his medical ahead of a transfer to West Ham United. David Moyes’ side are now waiting for the results while the Brazilian’s lawyers check the contract, with the Hammers hoping to have the deal 100% finished on Monday.

– While they are finalising a move for Schalke 044’s Malick Thiaw, Calciomercato have reported that AC Milan are also looking to bring in Wolfsburg midfielder Aster Vranckx on loan. A meeting is set to be held on Monday to determine whether the Bundesliga outfit would be open to loaning out the 19-year-old, with Atalanta also pushing to sign him.

– Toulouse winger Nathan N’Goumou is set to join Bundesliga outfit Borussia Monchengladbach, according to Sky Sports Deutschland. The 22-year-old is expected to have a medical on Monday before signing a long-term contract and completing the move, which will be worth around €8m. 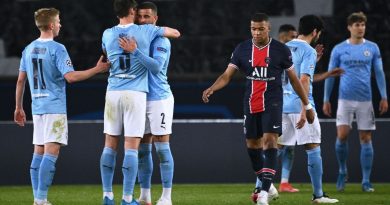 May 3, 2021 ayman022 Comments Off on PSG, Mbappe seek more Manchester magic but Man City are their toughest test

Apr 12, 2022 ayman022 Comments Off on Chicharito and LA Galaxy beat Vela and LAFC at El Trafico despite VAR controversy 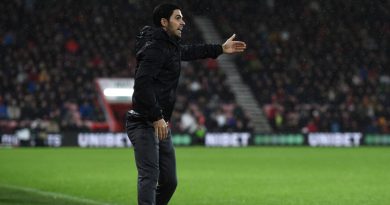 What did Arteta learn in his first game as manager?