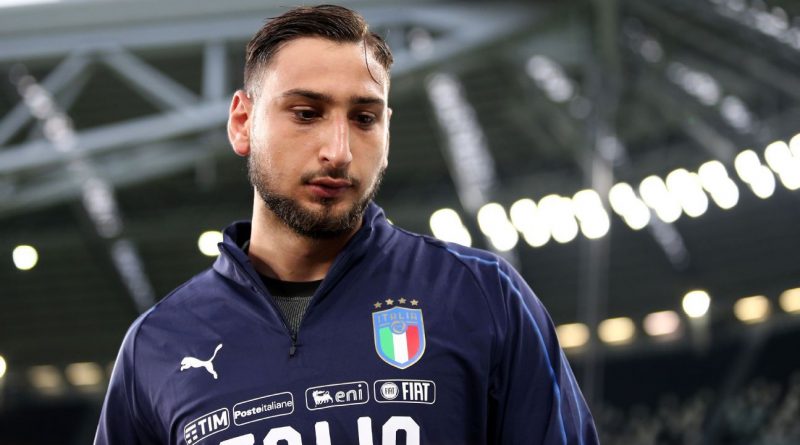 When does the transfer window close in the Premier League and the top European leagues?

New Blues boss Maurizio Sarri faces the possibility of No. 1 goalkeeper Thibaut Courtois joining Real Madrid while his first-choice replacement, Alisson, is on the verge of signing for Liverpool.

Milan targeted Morata last season when it appeared certain he would leave Real Madrid and are in the market for a new striker. With strict FFP requirements to meet, they would be happy to cash in on Donnarumma having already signed Pepe Reina on a free.

Meanwhile, Gazzetta dello Sport says Milan directors Marco Fassone and Massimiliano Mirabelli were in London, where they had dinner with Morata.

15.20 BST: Huddersfield are set to sign striker Adama Diakhaby from Monaco, according to reports in France.

15.15 BST: Petr Cech‘s agent has said the goalkeeper remains fully focused on playing for Arsenal this season amid reports of a return to Chelsea, adding that no offers are on the table.

14.55 BST: Celtic’s Belgium international defender Dedryck Boyata is interesting Serie A side Lazio as well as a number of clubs in both France and England, La Derniere Heure reports.

14:35 BST: Fiorentina are on the verge of signing Gerson from Roma on a loan deal with an obligation to buy, Gazzetta dello Sport claims.

14:20 BST: Real Madrid target Neymar is no longer considered “untransferrable” by PSG, according to El Transistor.

14.00 BST: Stoke City have been heavily linked with a move for Newcastle winger Matt Ritchie but, with little progress having been made could turn their attentions to Huddersfield’s Tom Ince instead, according to the Mail.

13.30 BST — DONE DEAL: Arsenal have announced that 20-year-old midfielder Kelechi Nwakali will spend next season on loan at Porto.

13.15 BST: Leicester City have made an offer for Trabzonspor midfielder Abdulkadir Omur, also a target for Tottenham, according to talkSPORT.

12.30 BST: And in related news, Leicester City are in talks with Liverpool about a potential transfer for goalkeeper Danny Ward, a source has confirmed to ESPN FC.

12.25 BST: Roma sporting director Monchi has said the club allowed goalkeeper Alisson to speak to Liverpool after receiving “a significant offer,” with the player undergoing a medical on Merseyside.

Speaking at the official unveiling of Justin Kluivert at Roma, Monchi said the club had reached agreement with Liverpool after evaluating the bid.

11.45 BST: Chelsea are poised to wrap up the signing of Juventus defender Daniele Rugani, according to the London Evening Standard, which reports that the Blues will give him “a five-year contract worth £77,000-a-week when he moves for a fee of around £44.2m.”

✍️ We are delighted to welcome Sean Scannell to #BCAFC

The winger joins on an initial two-year deal from @htafcdotcom for an undisclosed fee.

10.00 BST: Leeds United have had a £2.75 million bid for winger Florian Jozefzoon accepted by Championship rivals Brentford, according to reports.

09.45 BST: Dijon want Yoann Gourcuff to join them, Bien Public reports. The 32-year-old former France international is out of contract after leaving Rennes.

09.20 BST — DONE DEAL: To Australia now (if only) — Perth Glory have signed Juande, a former Spain under-21 international, on a two-year contract.

09.00 BST: Andre-Pierre Gignac has said he wants to end his career with Mexican club Tigres despite receiving offers to move elsewhere.

France international forward Gignac said he had rejected more lucrative options to stay with the club he joined from Marseille in 2015.

08.45 BST: Diario AS says Espanyol have turned down an offer from Fulham for centre-back David Lopez, who is also interesting Real Betis, and would only negotiate if they receive an offer of €30m.

08.30 BST: You know how, a moment ago, we were talking about Everton’s lack of signings so far? Well… L’Equipe reports that Bordeaux forward Malcom is set to join them in a deal that could be worth €40 million.

08.00 BST: To Merseyside first, where Everton boss Marco Silva has said it is just a question of time before he makes his first signings. Everton have yet to add anyone to their squad this summer.

Manchester United plan to step up their transfer business with a double swoop on Bayern Munich, reports the Independent.

The Red Devils are targeting Robert Lewandowski and Thiago Alcantara as Jose Mourinho aims to rein in Manchester City at the top of the Premier League table.

It’s thought that Bayern are open to negotiations for the duo, but they could encourage a bidding war for Lewandowski, as the striker continues to attract interest from Chelsea and Real Madrid.

Meanwhile, Spanish outlet AS claims Thiago would prefer a return to Barcelona after previously rejecting a move to Old Trafford in 2013.

Toby Alderweireld also remains on Mourinho’s wish list, but Spurs have thus far refused to budge on their valuation of the defender.

Spurs close in on Grealish

It has been a quiet transfer window at Tottenham so far, but Mauricio Pochettino could be set to seal his first signing of the summer.

According to Sky Sports, a bid for Jack Grealish is edging closer, with the Aston Villa playmaker valued between £30 and £40 million.

With Villa currently battling financial difficulties, Spurs might hope to pay significantly less for the 22-year-old and could throw in a couple loanees to sweeten the deal.

Pochettino sent Josh Onomah to Villa Park for the 2017-18 campaign and might agree to a similar switch if it secures Grealish’s signature.

The 23-year-old enjoyed a successful season in Spain with Real Sociedad, earning a place in Belgium’s World Cup squad.

He scored the winner against England in the group stage to remind Premier League scouts of the quality he first demonstrated during his breakthrough at Old Trafford.

Januzaj would cost considerably more than the £8 million Real Sociedad paid for his services in 2017, but he has emerged as an alternative to Everton’s leading target, Malcom.

— Fulham are set to sign Newcastle striker Aleksandar Mitrovic for £20 million, says the Evening Standard. The Serbia international spent the second half of last season on loan at Craven Cottage, scoring 12 goals in 20 matches.

— Burnley are plotting a bid for Swansea duo Alfie Mawson and Sam Clucas, reports the Daily Mail. The Clarets are yet to make a signing this summer and kick off their campaign against Aberdeen in the Europa League in a week’s time.

— Matteo Darmian is on the verge of securing a return to Serie A with Juventus, says Football Italia. The €20 million-rated full-back has been allowed to leave Man United after sliding down the pecking order at Old Trafford. 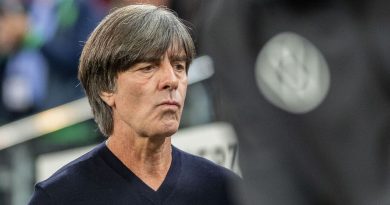 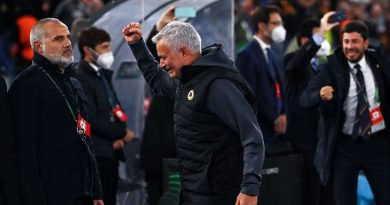 May 6, 2022 ayman022 Comments Off on Roma’s ‘sense of family’ key to reaching Europa Conference League final

Apr 2, 2021 ayman022 Comments Off on Haaland has no release clause if Dortmund miss out on Champions League