The coronavirus pandemic made the transfer market unlike any before it, but there was still plenty of action on Deadline Day. With the window closed across the major leagues in Europe, you can check out the latest major completed transfers across the globe.

Man City to go back in for Tagliafico

Manchester City will make another move for Ajax Amsterdam left-back Nicolas Tagliafico during the January transfer window, reports the Sun.

Pep Guardiola has added Ruben Dias and Nathan Ake to his defence, but it seems he is not completely satisfied, with Benjamin Mendy still his main option on the left.

Ajax’s asking price of £35 million, as well as City’s inability to sell Oleksandr Zinchenko, are said to be among the reasons they didn’t complete a deal in the recent transfer window.

However, they have not completely given up on signing the Argentina man, and it has been suggested that the Premier League side could get him for £20m this next round.

It seemed certain that Arkadiusz Milik would leave Napoli at some point during the summer window, but a move never came to fruition.

AS Roma were one of the teams linked with the Poland international, and Corriere dello Sport has suggested they could reignite their interest ahead of January.

They had initially wanted to wait until next summer, when they would have been able to get the striker for free.

However, with the two clubs actually having made a deal, it could be implemented when the next window comes around.

It had been widely reported that West Ham United were closing in on a deal for Brentford winger Said Benrahma, but now it seems the Hammers are now turning their attention to AFC Bournemouth forward Joshua King.

The Mirror is now claiming that the deal for Benrahma is in danger of falling through, despite a medical having been set up for Wednesday.

The 25-year-old is said to have now fallen out with Brentford over “broken promises” that had been made to him.

– Juan Mata turned down a huge offer from Saudi Arabia to stay at Manchester United, reports Sport. An unnamed club is said to have offered the Spaniard £20m per year, which he turned down despite having just one year left on his contract at Old Trafford. His reasoning is said to be that he believes he can still win trophies and achieve success with the Red Devils.

— Brighton & Hove Albion and West Bromwich Albion are both set to make late attempts to sign Swansea City forward Andre Ayew. It is suggested that there are other clubs who are also eyeing the Ghana international, with Steve Cooper now facing an anxious wait to see if the Swans can keep him. His Premier League experience, gained with Swansea and West Ham, is supposedly one of the reasons behind the interest. 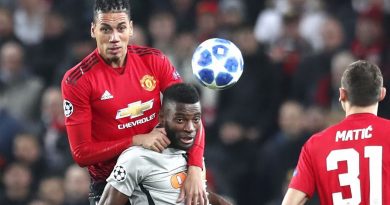 Chris Smalling: Manchester United suffering from a lack of confidence

Nov 28, 2018 ayman022 Comments Off on Chris Smalling: Manchester United suffering from a lack of confidence 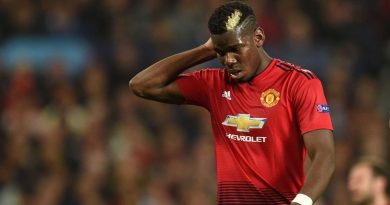 Oct 24, 2018 ayman022 Comments Off on Loss to Juventus suggests Manchester United are in search of their soul 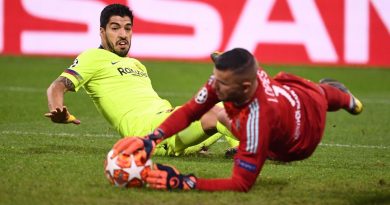